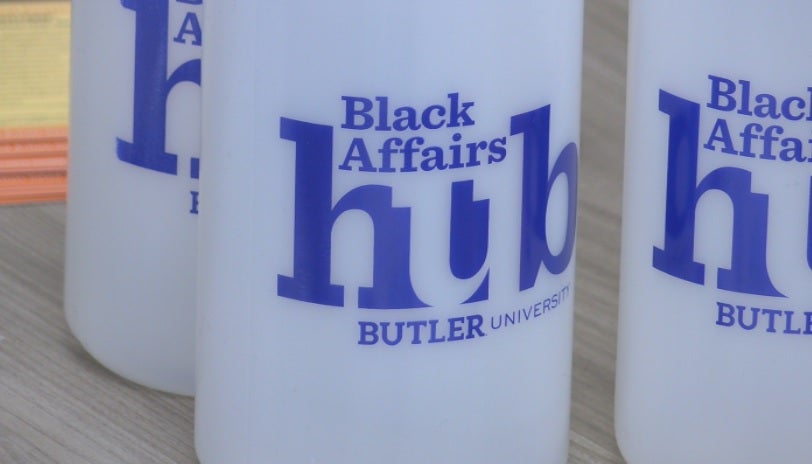 INDIANAPOLIS (WISH) — Since it opened in 2020, The Butler Hub for Black Affairs and Community Engagement has shared its impact in black students, staff, and faculty’s lives.

Students describe it as a sanctuary.

“I’ve seen the affect we have on students and it’s working,” said Paul Ford.

Ford is a sophomore at Butler and is the student apprentice.

“When I first got here, I didn’t really feel like students of color were empowered. I didn’t feel like we were advocated for as other students were,” he said. “The Butler Hub is really looking to change that.”

Terri Jett, the faculty director of the Butler Hub, said, “I have felt the need for something like this, so I created it!”

Jett has taught at Butler over 20 years.

She created the organization as a safe environment that provided resources and mentors after the death of George Floyd in 2020.

“I’ve seen the struggle that a number of black students, in particular, and also my peers have gone through to thrive on a predominately white campus,” she said.

White students make up 86 percent of the population on campus, while 14 percent are people of color.

“A lot of students have felt more like they’ll be asked for a picture, but not asked for an opportunity,” explained Alexis Newell, the project specialist for the organization.

Anthony Murdock, a former Butler student, graduated in 2017. He said the Butler Hub was not a thing when he was in school, but now comes back to campus to make sure students and faculty know about it.

“If it’s nothing else more than, ‘I’ve been in an environment where I’ve seen people validate my identity.’ It takes time to see yourself in something that’s worthy, but you are! Loving yourself is a revolutionary action,” said Murdock. “You are worth the revolution. There’s a revolution happening inside the Hub for Black Affairs and Community Engagement.”

Jett said the goal is to support black students and people of color once their on and off campus with the resources they need to succeed.