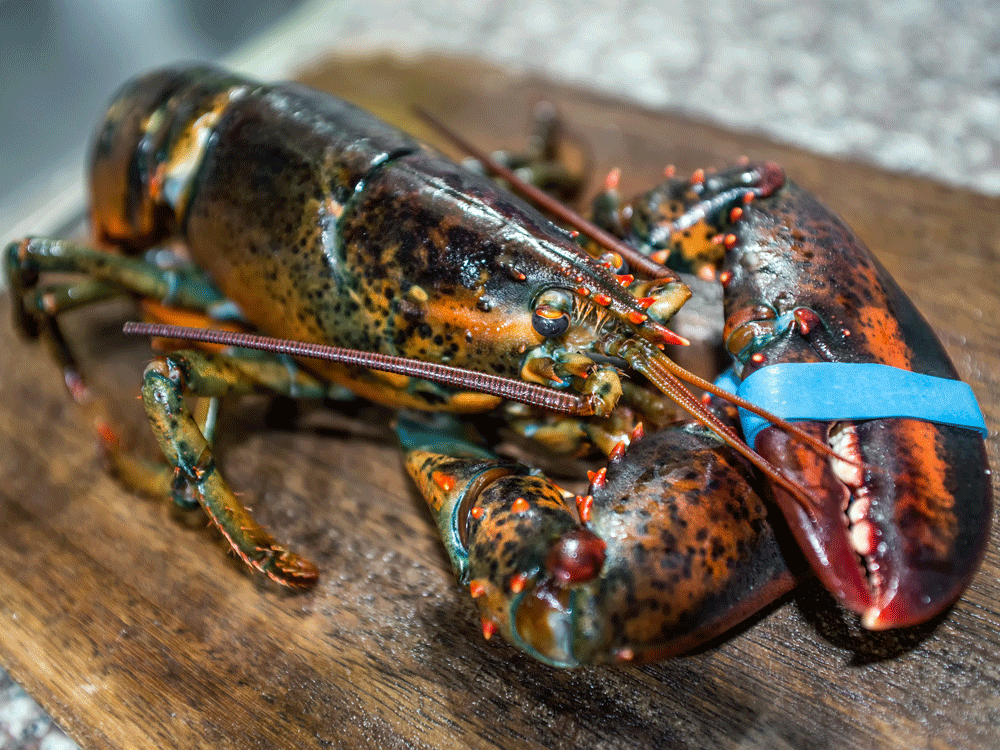 There may be no greater pleasure than fresh Atlantic lobster. For many, summer is incomplete if they do not get to enjoy a buttery lobster tail or a tangy lobster roll.

This year, however, with high demand from export markets and expensive harvesting costs lobster lovers may have to pay more as prices reached all-time highs going into production season.

Two weeks ago, at wharfs in Nova Scotia, the price of lobster was the highest it has ever been. Stewart Lamont, managing director of Tangier Lobster Company, a live Lobster exporter in Nova Scotia, said the shore price for lobster – the amount fishermen get from buyers – was $18 a pound. That’s more than double the regular pre-pandemic price.

It has since gone down due to a drop in exports and higher supply. Lamont said this week lobster was around $12 to $12.50 a pound.

While high prices mean more money for lobster exporters and fishermen, Lamont said he is scared that if lobster becomes too expensive people and businesses will simply stop buying it.

“Lobster is discretionary. We can have it if we’d like and we can afford it,” he said. “I think we should be very cautious that we don’t overprice our products for the long haul.”

Despite COVID, there was still demand for lobster

It would also be unfortunate if Atlantic Canadians and the tourists that visit the Maritimes to indulge in lobster are unable to afford it, said Lamont.

“When people feel they can’t afford to buy their own provincial seafood, especially lobster, I view it as a very serious thing.”

The price of lobster has increased dramatically since the beginning of the pandemic.

Geoff Irvine, executive director of the Lobster Council of Canada explained that in the spring of 2020 lobster prices fell. The shore price reached record lows, with a catch reported to get between $3.50 to $4.50 per pound. This is compared to the regular pre-pandemic shore price of $6 to $8.

Lobster exports also fell during the pandemic. Canada’s lobster export value dropped 19 per cent from 2019 to 2020, from $2.59 billion to $2.09 billion. This was due to the drop in the quantity of lobster exported around the world as well as a drop in price per pound.

“However, as we got to the fall of 2020, our industry demonstrated that despite COVID, there was still demand for lobster,” said Lamont. “As people were locked down, one of the things they did was to buy more hard-shell lobster,” he said.

From October 2020 to February of this year, Lamont said that the demand for lobster was consistent and prices were higher than normal due to limited supply in the winter months and competition between companies.

The value of Canadian lobster exports has skyrocketed since the world began reopening. In 2021, exports reached $3.2 billion which is more than $700 million higher than pre-pandemic. Irvine said this increase was largely due to the renewed demand for processed lobster meat in the United States.

“We sold lobster tails and lobster meat in U.S. retail where we didn’t think we would ever sell such volumes at such prices,” said Irvine.

He said as restaurants reopened in the U.S. throughout the year the demand for retail lobster rose and has stayed high.

The Canadian lobster industry is driven by the sale of processed lobster, said Irvine. Around 55 per cent of lobster sold is in the form of lobster tails and cooked or frozen meat. The remaining 45 per cent is live, which is sold mainly to China.

One of the reasons lobster prices at the wharf in Nova Scotia have dropped in the past couple of weeks is because of the reemergence of COVID-19 in mainland China, said Lamont. With more cities in lockdown, there has been less of a demand for Maritime lobster.

Usually, Lamont said China will make up for 40 to 60 per cent of live lobster exports in Nova Scotia in a year.

Lamont said he sees the price of lobster trending down for now, but many factors determine price at a given time. With the start of lobster season in May comes more inventory, which will lower prices. But inflation and the high price of gas and bait may bring them up.

As fishing season comes to a close at the end of the summer, Lamont said prices may rise again.