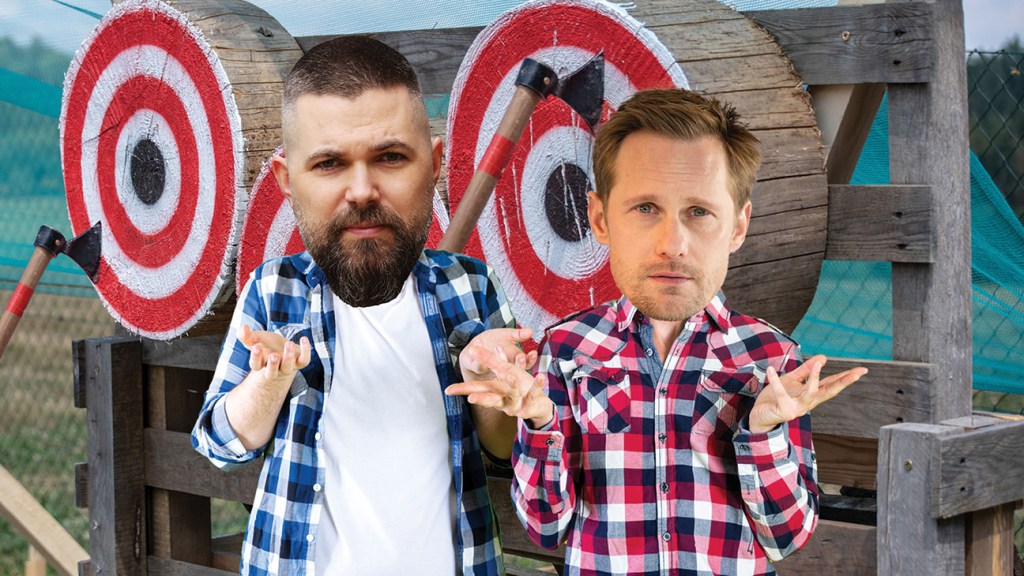 Vikings and axes go hand in hand, so it might seem a safe bet that the star of Robert Eggers’ upcoming revenge thriller The Northman, Alexander Skarsgård (seen brandishing one on the poster and in various bloody axe-based rampages throughout the film), might be skilled with the weapon in real life.

Focus Features hosted journalists in London to partake in, among other activities, a trip to an ax-throwing center with appearances by Eggers and Skarsgård. Though far from the worst, Skarsgård failed to dominate with his efforts, striking the wooden target only a couple of times.

“It was really hard,” he explained afterwards, claiming his training didn’t cover a crucial skill. “We were taught how to swing but not to actually throw it.” Eggers, meanwhile, finished at the bottom of the bunch. “I didn’t get a single one,” he noted. “A total failure.” (For the record, after a rocky start THR‘s humble London correspondent took first place like a true Northman, although it perhaps should be noted that both Skarsgård and Eggers had left by this point).

A version of this story first appeared in the April 13 issue of The Hollywood Reporter magazine. Click here to subscribe.