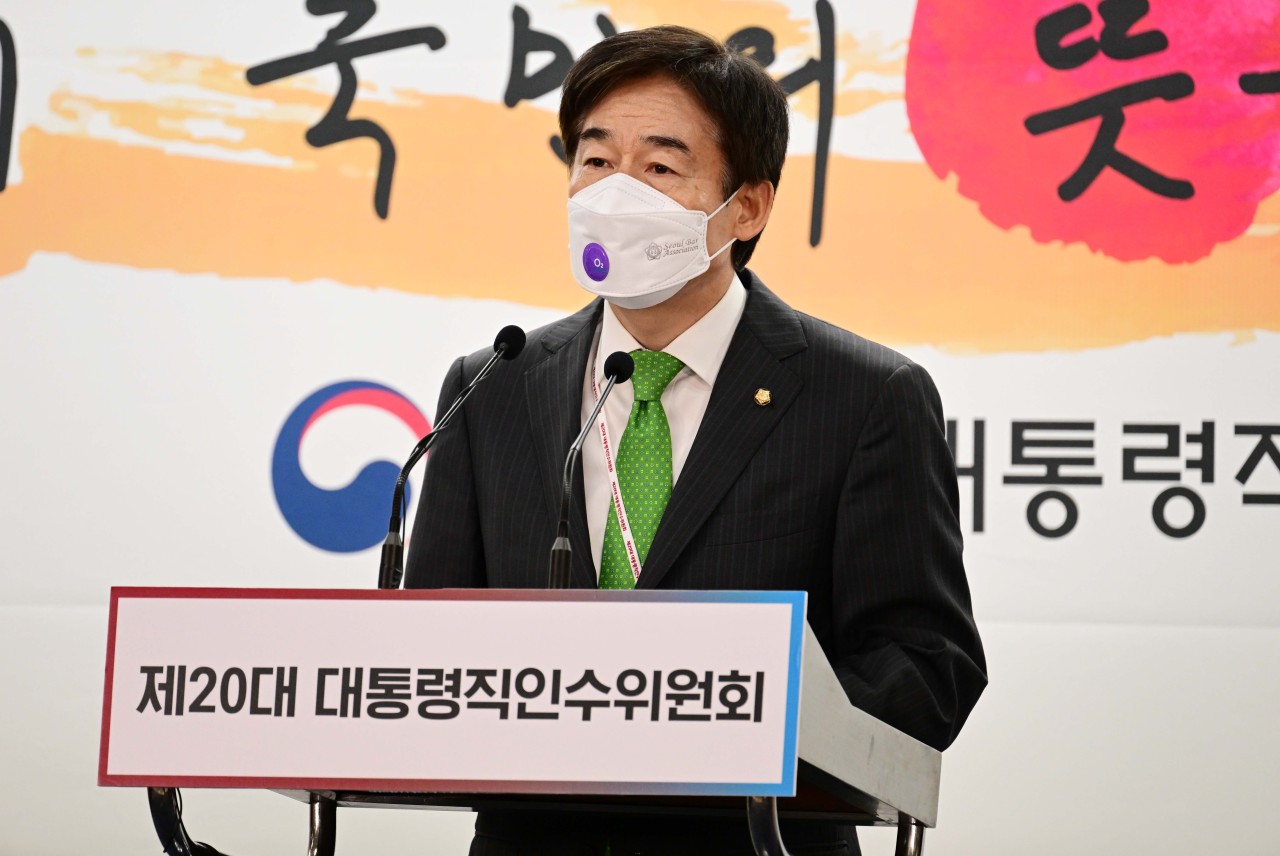 The transition committee for President-elect Yoon Suk-yeol said Monday that it would amend the law to use international age instead of “Korean age,” to reduce the social and economic costs associated with permitting multiple ways of age counting.

The Korean age system makes an individual one year old at birth. Koreans are a year older on New Year’s Day regardless of their birth date. Such a system is widely used, though official records usually follow the international norm that starts at zero and counts the number of years since birth.

Support for transitioning to the international system grew louder in January this year, when health authorities used the two systems interchangeably to set the age bracket for the vaccine pass mandate and vaccine eligibility. Some were unable to get their shot while also required to show a proof of vaccination.

“If we stick to the international age system, we will no longer see the social and economic costs associated with all the confusion and inconvenience arising from the age gap,” said Rep. Lee Yong-ho of Yoon’s People Power Party who oversees political, legal and public services at the transition committee.

Lee said the committee would amend the Civil Code and a law dealing with how the government should run public services in order to make the international age the leading standard in everyday life.

Laws that also need revision to reflect the latest change will be taken care of after the Civil Code and the public service law get changed, according to Lee. Other rules that rely on a compromise of the two systems will be looked into as well.

The laws Lee referred to involve conscripting men for military duty or defining juveniles to afford them protections in case of abuse.

The two laws count the number of years since birth as per the international norm, but do not take into account the individual’s actual birth date. In other words, babies born in January and December are the same age despite the difference in years they are born in.

The government has used the compromise in those instances citing its efficiency.

However, there are concerns over the impact the change would bring, such as in setting the retirement age for severance payment.

Lee said his team would work to reduce confusion as much as possible before any legal changes take effect, which he said could come as early as next year. However, he added that the timeline could be subject to change.

Lee added that the National Assembly — where President Moon Jae-in’s ruling Democratic Party of Korea holds majority control — would not be deadlocked over the proposal, citing changed perceptions on the issue.