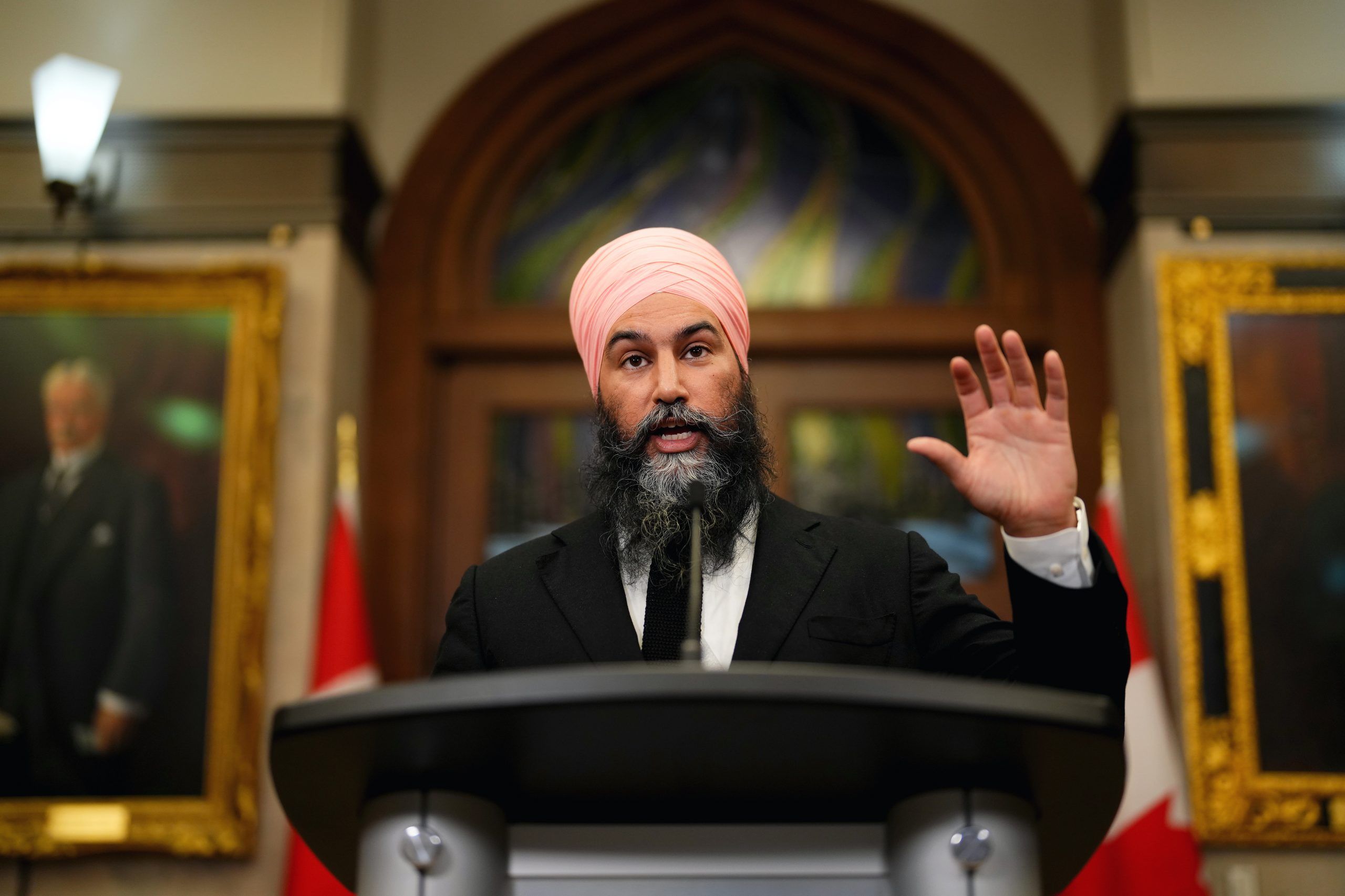 The federal NDP finds itself in a bit of an awkward position of late. On the one hand, they just signed a deal guaranteeing NDP support for Prime Minister Justin Trudeau until at least 2025. On the other, the party’s messaging relies heavily on its criticisms of the Liberal government. Rather than square these two mutually exclusive ethos, the party is simply doing both at the same time.

According to the National Post’s Anja Karadeglija, Budget 2022 included roughly $15 billion in extra spending in order to appease the terms of the Supply and Confidence Agreement, the official deal under which the NDP agreed not to challenge Liberal leadership in exchange for various . It’s why columnist Carson Jerema wasn’t the only voice to brand it the “Jagmeet Singh Budget,” after the NDP leader.

But while the NDP have announced they will vote for the budget, they still plan to publicly slag all the non-NDP parts of it. “We still have critiques and criticisms,” Singh told a Friday press conference. On the eve of Budget Day, Singh even put out a tweet slamming Trudeau’s environmental policy. “In 7 years, Justin Trudeau has not been a climate leader. Real leaders don’t subsidize big oil. Real leaders don’t buy pipelines,” he wrote.

In 7 years, Justin Trudeau has not been a climate leader.

Real leaders have bold solutions to protect the environment.https://t.co/G8w4Lq9njc

This doesn’t really happen in the rest of the democratic world, where parliaments are traditionally more fractured due to voting systems based on proportional representation. In most countries, if Singh wanted a say in the federal budget, he’d have to join into a formal governing coalition. That’s the case with the NDP’s German equivalent, the Sozialdemokratische Partei Deutschlands, who currently run the country thanks to the support of the Greens and Free Democrats. And the thing about coalitions is that they don’t hold up that long when one of the partners is constantly slagging the other one. One 2018 study of countries with a tradition of coalition governance found that it has the effect of forcing politicians not to wantonly slam their political opponents.

Quebec legislators aren’t typically known as free speech libertines. This is the province with language police, after all. But a new Quebec bill is proposing to protect the utterance of “any word” said in a university classroom, which would protect lecturers from professional sanction for using language that administrators or pressure groups might find offensive. “Censorship has no place in our classrooms,” said Danielle McCann, the province’s higher education minister. The context was a University of Ottawa professor, Verushka Lieutenant-Duval, being suspended for contextually uttering a racial slur in class (specifically, the racial slur starting with an “n”).

This week, writer Jamie Sarkonak wrote for the National Post about how it’s become routine for Canadian universities to explicitly exclude white males from job applications, even when said job is paid for via government funding. Speaking to the Journal de Montreal, two Quebec Liberal MPs said they thought the measure was going “too far.” This included Joël Lightbound, who recently received national attention for his public criticisms of federal COVID policy. Speaking specifically to hiring policies at Laval University, Lightbound said it’s important to favour inclusion, but “merit has to be prioritized.”

Budget 2022 professed to be so serious about housing affordability that it placed all its housing measures right in chapter one. But the good people at Better Dwelling pointed out that the budget still manages to be chock-full of demand-side measures that will have the effect of pouring more money into the real estate market, thus making the problem worse. These include grants for first-time homebuyers and tax-free home savings accounts to save up for a down payment. “Essentially taxpayers will be subsidizing down payments,” they write.

It’s really hard to overstate how much Budget 2022 flamed out on military spending. It was only last month that NATO head Jens Stoltenberg was directly criticizing Canada for phoning in its defence budget. Soon after, Defence Minister Anita Anand was promising “aggressive” measures to beef up Canada’s military in response to a more dangerous world. And yet, the budget only laid out an extra $8 billion over five years. “In the end, all that ambitious telegraphing was for naught,” wrote defence analyst Jeffrey F. Collins in a column for Global News.

One of the most overlooked sections of Budget 2022 was a provision to extend Canadian copyright terms for another 20 years. Previously, works became public domain in Canada 50 years after an author’s death. Now, it’s 70 years. The Americans forced us to do this as a provision of the renegotiated NAFTA agreement, but a change in copyright law doesn’t really have anything to do with government spending, so it’s weird that it’s a provision of the budget. It was only seven years ago that the Liberals were fierce critics of this exact behaviour in the Harper government, when “omnibus” budget bills were routinely used to slip through any number of unrelated measures.