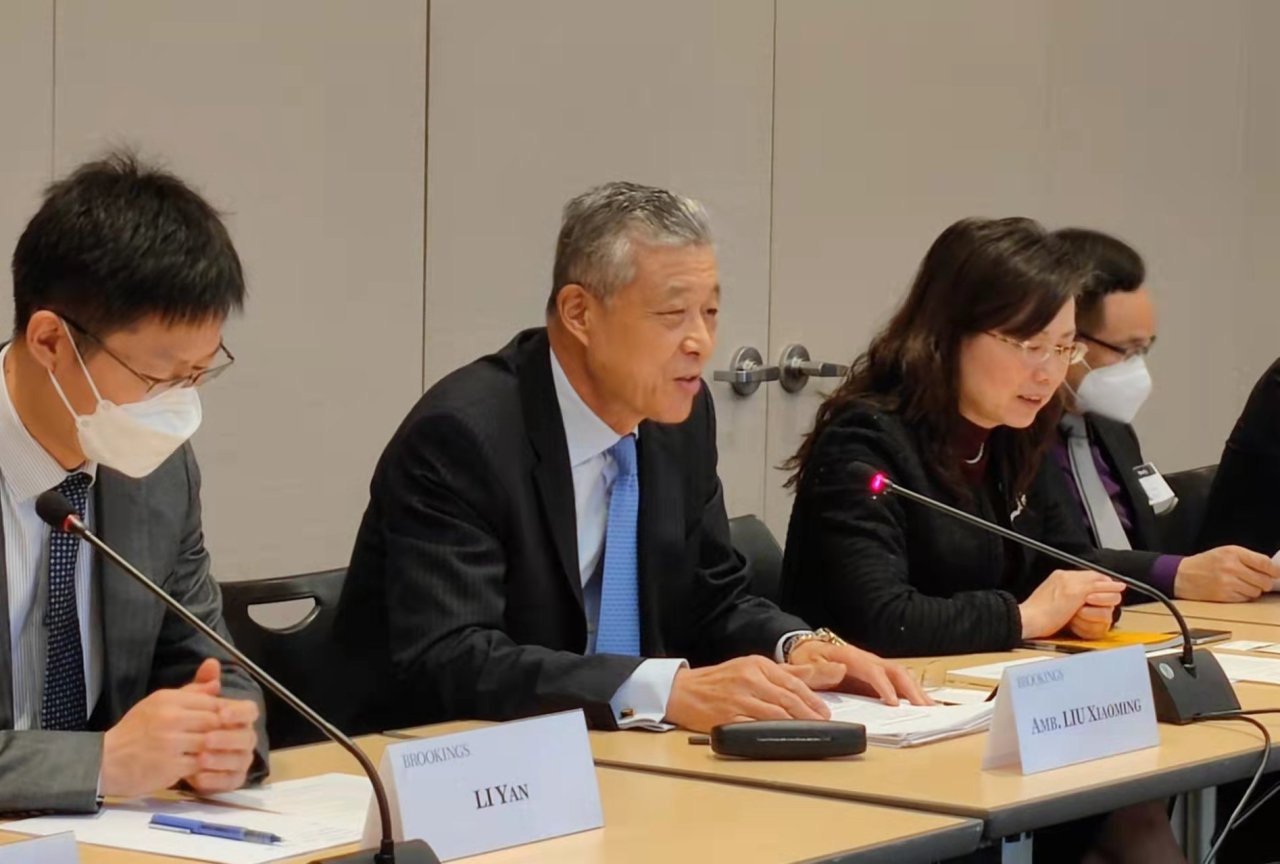 China’s top nuclear envoy criticized the US-led initiative to use UN sanctions as a tool to hold North Korea responsible for continuing banned ballistic missile launches, warning that it could be “adding fuel to the fire.”

Liu Xiaoming, special representative of the Chinese government on Korean Peninsula affairs, voiced opposition in a series of talks with the US senior officials over the situation on the Korean Peninsula during a rare trip to Washington between April 4 to 7.

The high-level talks were held around a week after China and Russia publicly clashed with the US and other members of the UN Security Council in late March over how to respond to North Korea‘s intercontinental ballistic missile launch on March 24.

“The US side stated that the US and China have shared interests in maintaining peace and stability on the Korean Peninsula and realizing denuclearization of the Peninsula,” Liu posted to his official Twitter on Sunday. “The US side also stated that it is willing to strengthen communication and cooperation with China to push forward the political settlement process of the Peninsula issue.”

But the recent spate of meetings confirmed that Washington and Beijing are at loggerheads over North Korea issues, which analysts view as a conducive environment for the Kim Jong-un regime to continue major weapons tests.

During his meeting with Campbell, China’s top nuclear envoy clarified the intent not to cooperate with the US over the US-led campaign to introduce a new UN Security Council resolution to hold North Korea accountable for launching 13 ballistic missiles this year alone.

“I pointed out that the UN Security Council should play a constructive role for the political settlement of the Peninsula issue. Any action it takes should be conducive to deescalation and dialogue, instead of adding fuel to the fire,” Liu said Saturday on his Twitter.

During his talks with Sherman, Liu said Friday he “elaborated China’s position that it is imperative for relevant parties to remain cool-headed, exercise restraint and avoid taking actions that could escalate tensions.”

China’s clear-cut opposition shows a bleak picture that the UN Security Council will remain incapable of making a decisive response to North Korea’s ICBM launch and possible nuclear test, unlike in 2016 and 2017.

Support from China and Russia is essential to adopt a new UNSC resolution as the UNSC’s two permanent members have the right to exercise veto power over a draft resolution.

China’s chief nuclear envoy also pointed a finger at the Biden administration for creating heightened tensions when he met his counterpart Sung Kim on Wednesday in Washington.

“The situation on the Peninsula has come to what it is today for a reason, and the legitimate and reasonable concerns of the DPRK should be taken seriously and addressed,” Liu was quoted by saying in a statement issued by China‘s Ministry of Foreign Affairs that day, referring to North Korea.

Liu’s in-person talks with the US high-ranking diplomats notably came after he made an unusual visit to the UN headquarters in New York between March 29 and April 2 and “elaborated on China’s principled position.”

China’s nuclear envoy met with permanent representatives of the UN Security Council’s 14 member states, except its own, and reiterated that the UNSC should “further build consensus for political settlement of the Korean Peninsula issue so as to prevent the Peninsula from sliding back into tense confrontation.”

Despite the growing rivalry, the Biden administration has believed that the US can work together with China over North Korea issues, calling for China to press North Korea.

But after his meeting with Liu, Sung Kim on Wednesday openly admitted to the US’ failure to elicit support from China and Russia, while criticizing them for having “consistently blocked” US efforts to produce a UN public statement on North Korea’s ballistic missile launches.

Kim reiterated that Washington will continue to push for a new UNSC resolution to maintain the “credibility of the United Nations” and hold North Korea accountable for violating multiple UNSC resolutions, the Singapore joint declaration and their own commitments under the Six-Party Talks.