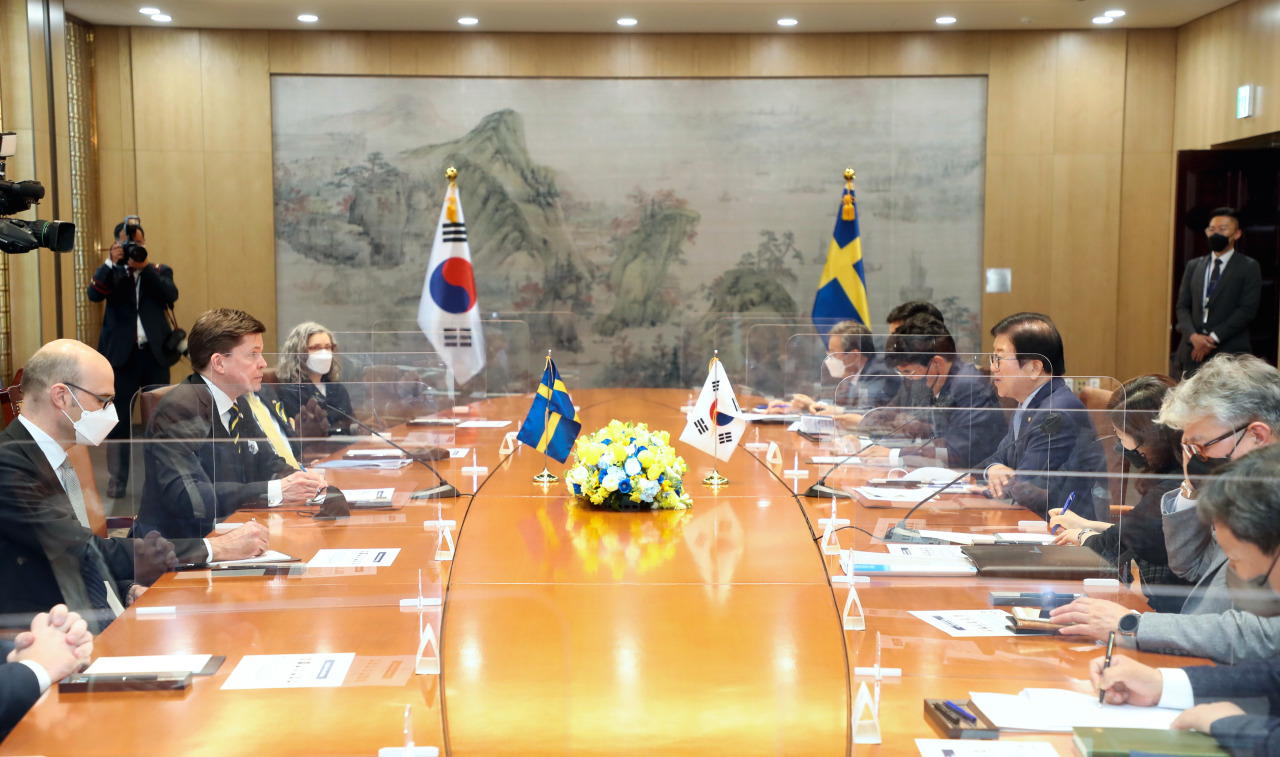 Park told the visiting Norlen that Sweden “plays a role” for North Korea to return to dialogue, according to Park’s office.

In response, Norlen said Sweden will continue to support the peace and stability of the Korean Peninsula.

North Korea has ratcheted up tensions by conducting an intercontinental ballistic missile test last month, breaking its self-imposed moratorium on ICBM and nuclear tests. Concerns have also risen that Pyongyang could conduct a nuclear test.

With regard to Russia’s invasion of Ukraine, Park said Russia should stop the war.

Norien said he sees Busan as the best host city and will deliver his view to the Swedish government and parliament.