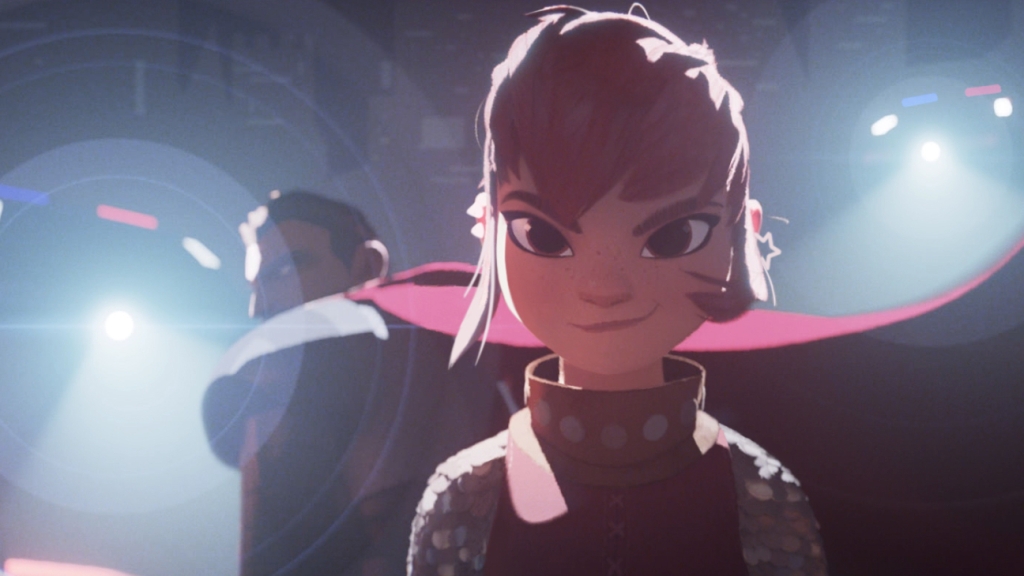 After years of development and production stop-and-starts, Nimona is heading to Netflix.

A feature animated adaptation of ND Stevenson’s bestselling graphic novel will hit the streaming service in 2023, with production having begun earlier this year. Netflix is partnering with Annapurna on the movie from directors Nick Bruno and Troy Quane (Spies in Disguise), which stars Chloe Grace Moretz and Riz Ahmed.

A synopsis for the animation reads: “A Knight is framed for a crime he didn’t commit and the only person who can help him prove his innocence is Nimona, a shape-shifting teen who might also be a monster he’s sworn to kill. Set in a techno-medieval world unlike anything animation has tackled before, this is a story about the labels we assign to people and the shapeshifter who refuses to be defined by anyone.”

Nimona‘s journey to the screen has been fraught, complete with mid-production shutdowns.

The project was originally being produced by Blue Sky Studios, a part of the animation division of then 20th Century Fox. Production was already underway when Disney acquired Fox and in Feb. 2021 it was announced that Disney, which already has Pixar and Walt Disney Animation, would shutter Blue Sky. Patrick Osborne was directing the Blue Sky-based Nimona adaptation, which was dated for January 14, 2022 at the animation studio was shuttered, with the news coming shortly after that production on Nimona would be halted and the film would not be released.

A March 2022 Business Insider story quoted former Blue Sky staffers that noted that Disney leadership took issue with a same-gender kiss that was set for Nimona. It was recently reported that a same-gender kiss was removed during the creative production process for the upcoming Pixar animation Lightyear. It was added back in following internal backlash at The Walt Disney Co., including a letter from Pixar employees alleging censorship and noting Disney’s previous public silence on Florida’s “Don’t Say Gay” bill.

Nimona was published in 2015 via HarperCollins after first being published as a webcomic. It went on to win multiple awards, including an Eisner Award.