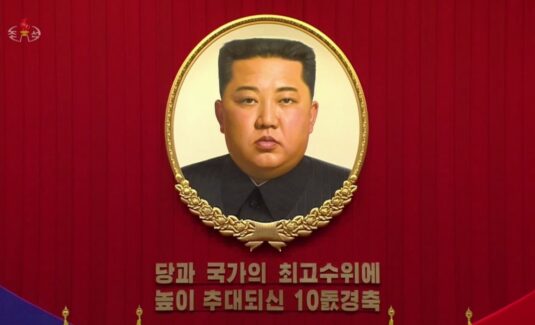 North Korea revealed a new official portrait of Kim Jong Un at a “national meeting” celebrating his rule on Sunday, as the country ramps up praise of the current DPRK leader ahead of the Monday anniversary marking 10 years since he became party leader.

The large painted portrait of Kim’s face appeared on the backdrop of the event stage in front of most of the country’s top leadership, but without the leader himself in attendance. Such displays of Kim Jong Un’s portrait are rare and typically reserved for those of the country’s late former leaders.