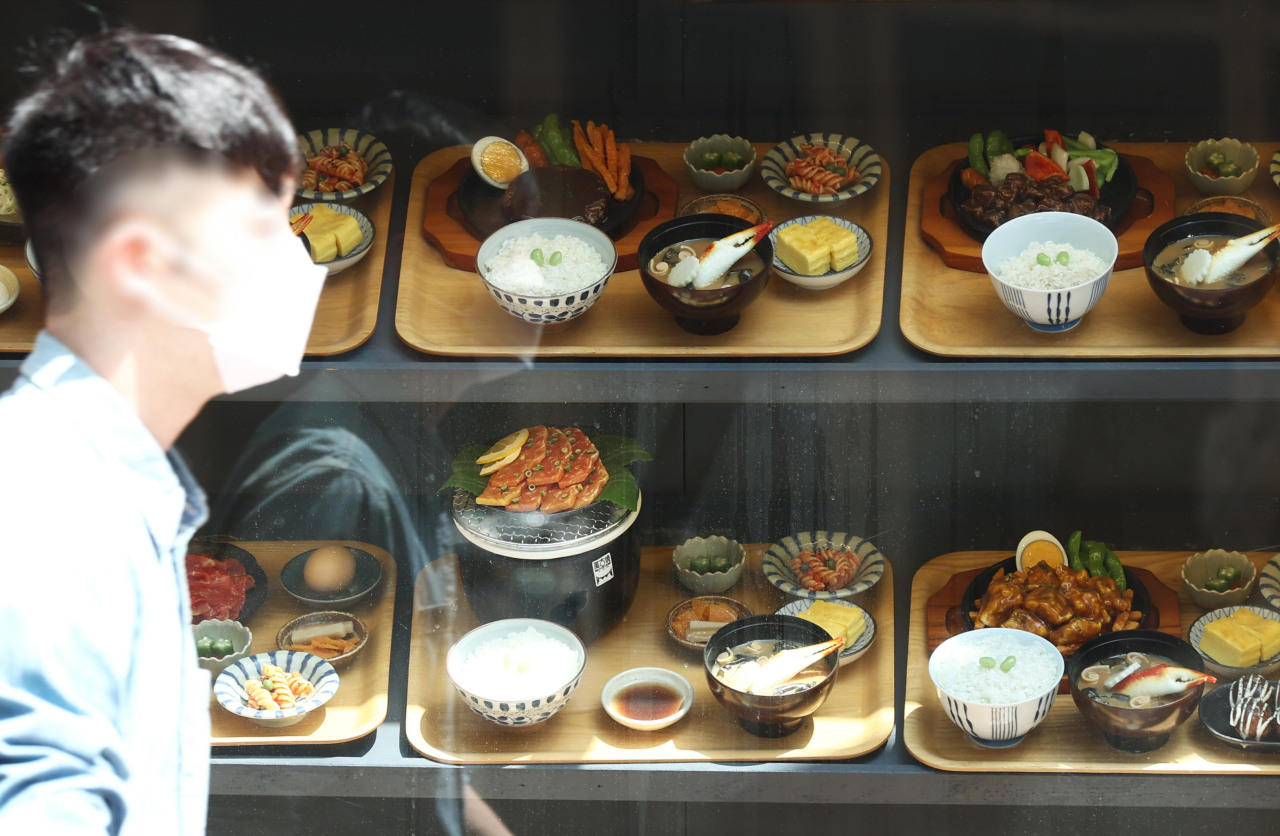 Eating-out costs in South Korea saw the sharpest on-year surge in 23 years in March with a 6.6 percent on-year increase, according to the Korean Statistical Information Service on Sunday.

Of the 39 types of foods that people normally eat while dining out, including hamburgers, jajangmyeon (noodle with black soybean sauce), and gimbap, all saw a price increase.

Galbitang (beef soup) showed the highest spike in price last month compared to the same month last year with an 11.7 percent increase, followed by juk (porridge), hamburgers, and raw fish, each with a slightly over 10 percent price increase.

The statistic service said that the surge in prices of eating out costs was a result of the increased ingredient and delivery prices, as well as recovering demand for eating out.

Dining out costs are unlikely to drop and will likely to see further increases, it added.

“Prices of food ingredients continue to increase which burdens the food maker to increase the food price. Plus, recovery of demand for eating out resulting from eased COVID-19 quarantine measures could also increase food prices,” said a KSIS researcher

By region, Incheon saw the highest price increase in eating out costs with 7.4 percent followed by South Gyeongsang Province and Gangwon Province, with 7.1 percent and 7 percent, respectively.