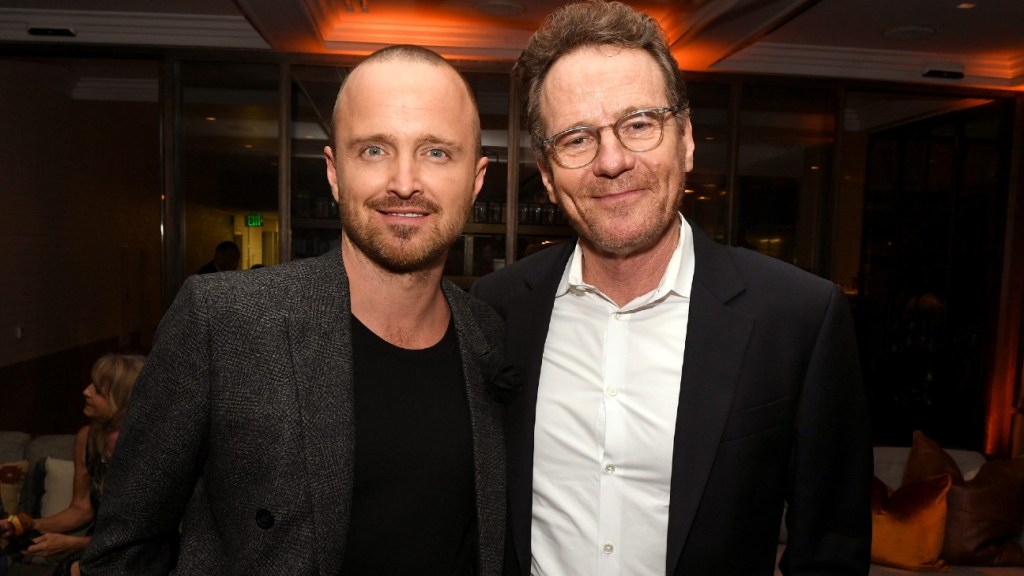 Bryan Cranston and Aaron Paul are joining the fun on the upcoming final season of Better Call Saul.

Co-creator and showrunner Peter Gould first broke the news at a PaleyCenter panel event for the Bob Odenkirk-starring AMC show on Saturday night. Gould was greeted with huge cheers from the crowd upon revealing that Walter White (Cranston) and Jesse Pinkman (Paul), whom viewers first met when Breaking Bad debuted in January 2008, will appear in Better Call Saul’s sixth season, the first half of which is set to premiere April 18.

“I have to say that we’ve been a little squirrelly about this,” Gould said from the Dolby Theatre stage in Los Angeles. “I’m naturally a little bit cagey about things, and I don’t want to spoil things for the audience. The first question we got when we started the show was, ‘Are we going to see Walt and Jesse?’ And instead of evading, I’ll just say ‘yeah.’”

He continued, “That’s one of the many things that I think you’ll discover this season.”

After a huge reaction from the audience, Odenkirk (Jimmy McGill, a.k.a. Saul Goodman) also teased “there’s more” when it comes to this season’s surprises — and fellow castmember Jonathan Banks (Mike Ehrmantraut) was quick to question how Paul would return to play Jesse in the prequel series. “Aaron Paul is like 50 years old playing a 20 years old,” Banks declared (though Paul is actually 42). “I want to know where you guys set the bar.”

Earlier in the night, Gould had played more coy about the reveal, telling The Hollywood Reporter on the red carpet about a possible return for the two stars who both reprised their characters in Netflix’s 2019 film El Camino: A Breaking Bad Movie.

“Everyone got to see quite a bit of Jesse and Walt in Vince’s brilliant El Camino movie, so I like to think the pressure’s a little bit off us,” Gould told THR before the panel. “But keep your eyes open, that’s for sure.”

The show’s official Twitter account also confirmed the news with the message, “They’re coming back,” accompanied by an image of Cranston and Paul.