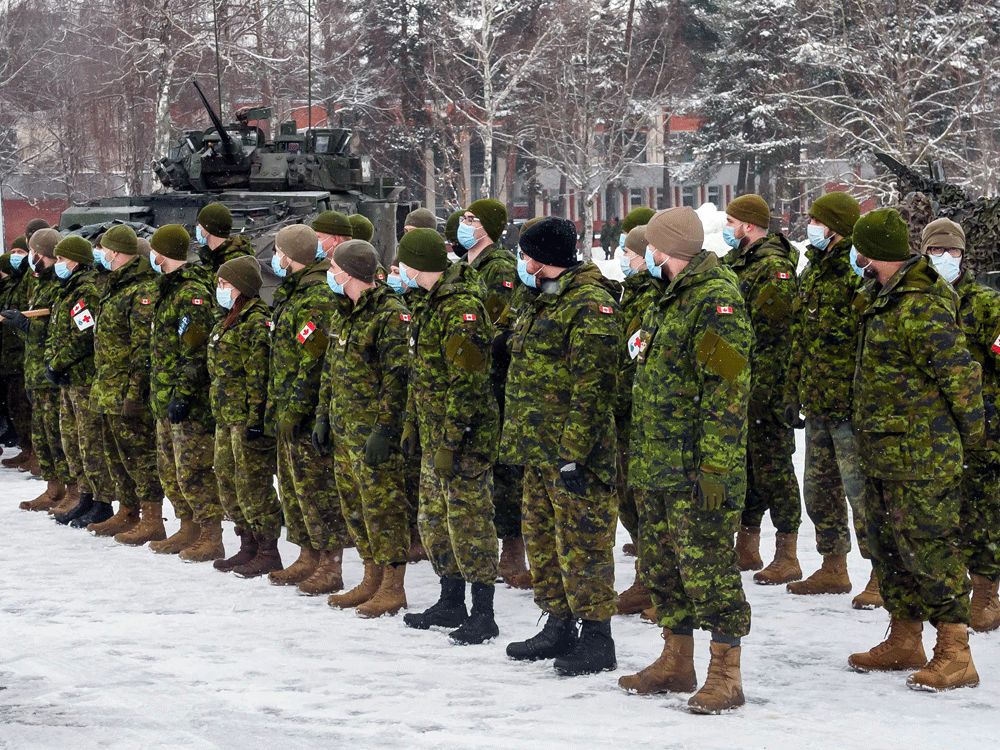 With 2022 already shaping into a busy year for Canada’s military, observers are unsure how yesterday’s announced defence policy review will both impact and influence our already-stretched military command.

In addition to the announced $8 billion in additional defence spending, Federal Budget 2022 also announced a comprehensive defence review was in the works — described by a senior government official as a necessary step before setting too many funding priorities in stone.

No timeline yet exists for the review, but Stephen Saideman, Paterson Chair in International Affairs at Ottawa’s Carleton University, noted 2022 has proven to be a busy time Canada’s armed forces — and with bandwidth in Ottawa narrowing as geopolitical tensions increase, the year promises to only get busier.

“They are challenged because while this is going on they also have the Arbour Report coming out in May,” said Saideman. “They’re going to have to figure out ways to implement that at the same time they’re doing this, and at the same time there’s war in Ukraine.”

“There’s going to be a lot of things going on in the policy office of DND, so their ability to juggle all of this is going to be a bit of a challenge,” Saideman said.

David Perry, president of the Canadian Global Affairs Institute and host of the Defence Deconstructed podcast, expressed concern over the government’s decision to only offer details on Canada’s direction with strategic partnerships like NATO and NORAD after the review was complete.

“I do have a bit of a worry [NORAD discussions with the United States] might get held up in the wider defence review, unless there’s some sort of process of having that roll forward with a review touching on other aspects but not continental defence,” he said.

“It’s kind of strange to be doing that without having a foreign policy or national security review as a framework to guide the defence part,” he said.

“We should think about what we want the military and Department of Defense to do as part of a wider understanding of what Canada wants to do, broadly speaking, internationally, so to review defence twice but not to do foreign affairs at all is kind of bizarre.”

Russia’s invasion of Ukraine figured heavily into Federal Budget 2022, leaving Perry to question if a comprehensive defence policy review was Canada’s right reaction to the conflict.

“I’m not one of the people who thought the war in Ukraine precipitated the need for a fundamental re-think, and that Strong, Secure, Engaged was totally outdated in terms of the policy direction and the types of things that it said was important,” he said.

“Not really all that much has changed other than we need to re-think our assumptions about what we think certain other countries in the world are willing to do, and deliver on some of the things to make us better prepared to deal with them.”

Most modern democracies have reviews every four years

Considering the changes the world has seen since 2017, Saideman said a review is long overdue.

“Most modern democracies have reviews every four years,” he said.

“That way you can not only adjust, but also have a regular assessment of how you’re accomplishing your goals and how the threat environment is changing, and how you need to adapt to changes in international relations.”

In the wake of numerous headlines about new ships and fighter jets, Saideman said fixing Canada’s military isn’t as easy as purchasing new gear or investing in the latest technology.

“One of the biggest problems CAF faces is not one of equipment, but of personnel,” he said.

The same report stated Canada’s military was short about 2,000 regular-force members and 5,000 reservists by the end of 2020.

Bolstering the ranks, Saideman said, means investing in programs to incentivize joining up, such as bumps in salary, but also reforming how CAF finds new recruits.

Not only could analytics be used to target recruitment initiatives and open up the possibility of a military career to wider and more diverse segments of the population, but equally helpful would be convincing recruiters to operate outside of their comfort zone.

“One of the challenges of recruiting is that everybody just goes to the lowest-hanging fruit, and that usually is the families of those who served,” he said.

“That means you’re repeating and reinforcing the same patterns that we’ve had. We want a more diverse force with more talent in it, and that means thinking about how to incorporate immigrants into the forces, how to do a better job at recruiting women.”

Doing that, he said, requires the collective will of both senior commanders and politicians.

“People say ‘that’s just a policy thing,’ but it’s a money thing, too.”