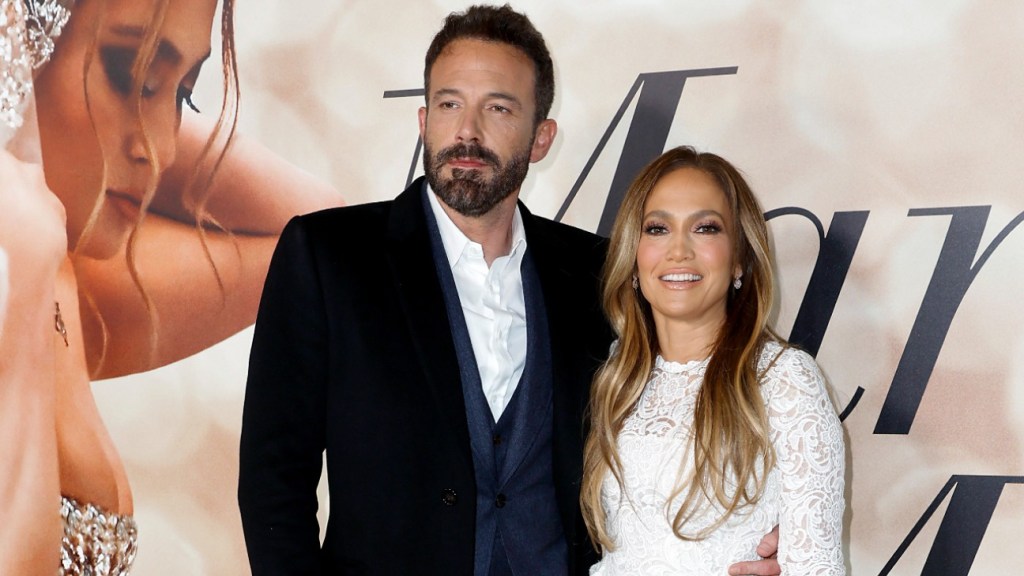 Jennifer Lopez and Ben Affleck are proving that the second time appears to be the charm.

Lopez announced her engagement to Affleck on Friday by sharing a video of herself wearing an engagement ring via her newsletter OntheJLo. Lopez, who posted “Major announcement!!!!” to Instagram earlier Friday, currently has a diamond ring emoji as part of her Twitter handle.

The Hollywood Reporter has confirmed that the pair, who rekindled their romance last year, are engaged. Representatives for Lopez and Affleck did not immediately respond to a request for comment.

The two stars enjoyed a highly publicized relationship in the early 2000s and got engaged in November 2002 before calling it off less than two years later. They co-starred in the films Gigli (2003) and Jersey Girl (2004).

Lopez has been married three times and shares twins Maximilian and Emme with ex-husband Marc Anthony. Affleck has been married once, to Jennifer Garner, with whom he shares children Violet, Seraphina and Samuel.

Affleck, 49, and Lopez, 52, have made numerous public appearances together in the past year, including walking the red carpet together for his December release The Tender Bar, and then for her February film Marry Me.

During a December interview, Howard Stern asked Affleck whether he had any hesitation about reviving his romantic relationship with Lopez after their previous split.

“It crossed my mind, for sure,” the Oscar winner replied. “My responsibility to my children is the highest responsibility. I don’t want to do anything that is painful or destructive to them if I can help it.”