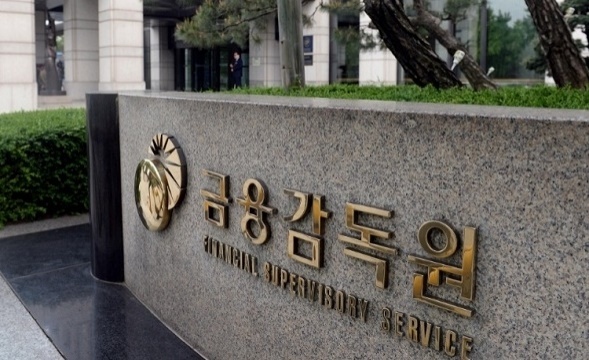 South Korea’s financial watchdog warned potential bidders for the debt-ridden SsangYong Motor on Thursday that authorities would pay close attention to possible signs of stock manipulation along the way.

The warning follows after Mirae Corp. — a local semiconductor equipment manufacturer and affiliate of the nation’s leading underwear maker Ssangbangwool — sold over 6.47 million of its shares in entertainment company IOK, a SBW subsidiary, for 1.24 billion won ($10.1 million) on Monday. The shares hit a peak of 1,917 won per share at the time of sale, compared with 1,235 won per share as of end-March. SBW announced last week that it is joining the bid for SsangYong.

Mirae Corp. received public flak on suspicions that it made profit off of a stock hike after creating market buzz, but the semiconductor equipment manufacturer explained that the move was to secure cash liquidity for business.

Financial Supervisory Service Gov. Jeong Eun-bo on Thursday ordered the watchdog to “cooperate with the related institutions such as the KRX to swiftly counter any risks tied to certain stocks and focus on investigating possible manipulation.”

Jeong said businesses entering the bidding war for SsangYong or similar projects will be classified as subjects for intensive audits and reviews. The FSS plans to thoroughly review their annual stock and business reports and launch stronger measures if any false statements or omitted details are found.

The FSS chief expressed concerns on businesses taking advantage of the market through their mergers and acquisitions process, which has led to an increased risk for investors.

SsangYong, the Korean unit of Indian carmaker Mahindra & Mahindra, faces another round of fierce bidding after the initial takeover plan by Edison Motors collapsed last month. Edison Motors failed to meet the March 25 deadline to pay the remaining 274.3 billion won of the 304.8 billion-won takeover deal.

The Seoul Bankruptcy Court has since set a new deadline for SsangYong to find a new owner and submit a new restructuring plan by May 1. Edison Motors on Tuesday appealed the court decision nullifying its restructuring plan for the SUV-focused, debt-ridden carmaker.

Besides SBW and Edison Motors, chemical-to-financial conglomerate KG Group and EN Plus, a local battery materials manufacturer, have so far announced their bids for SsangYong.