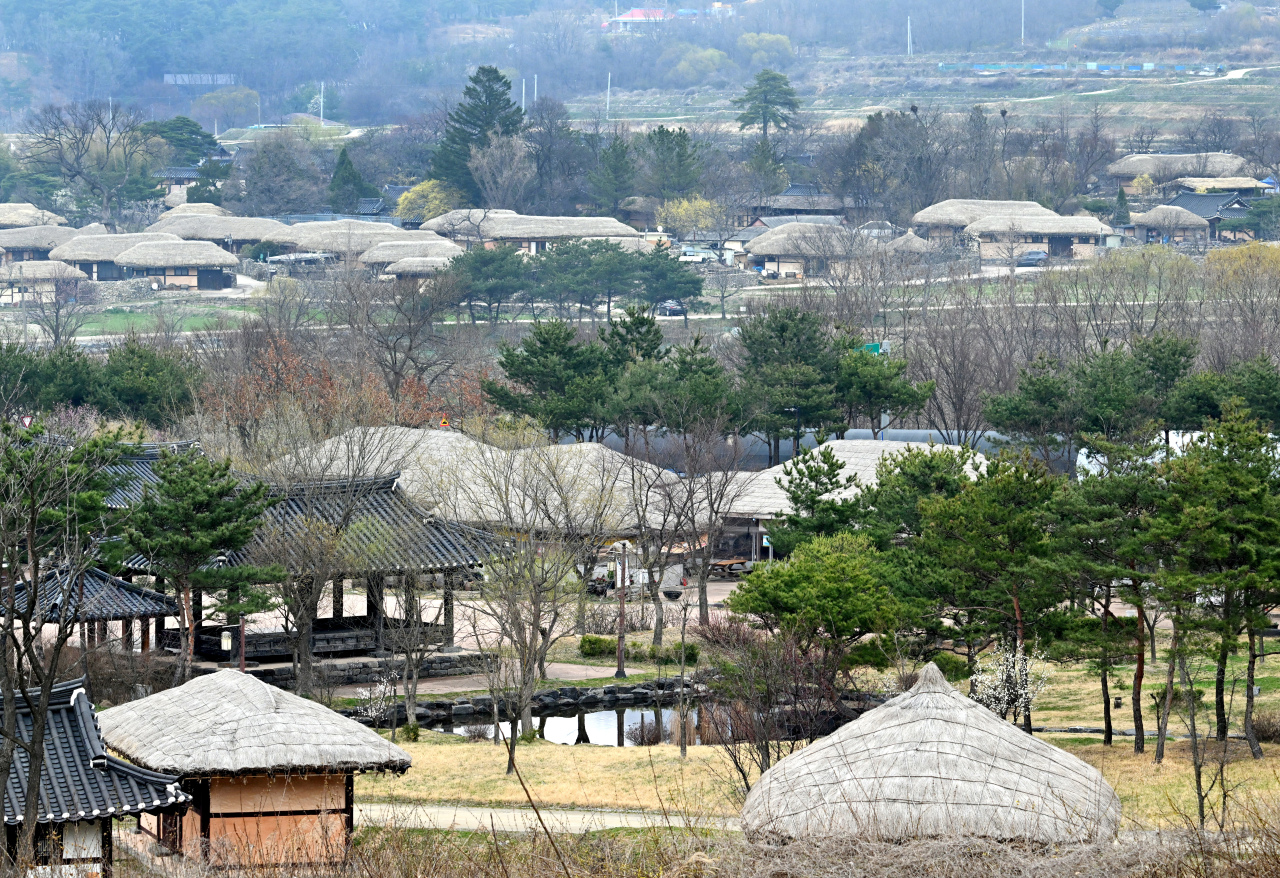 Oeam Village, listed as Important Folklore Cultural Heritage No. 236, is located on the southeast slopes of Seolhwasan, some 8 kilometers south of the rural city of Asan in South Chungcheong Province.

The village was created when the Yean Yi clan settled down during the reign of King Seonjo (1567-1608) of the Joseon era. There were many talented descendants of the clan and among them was Yi Gan, a great Confucianism scholar whose pen name was Oeam, the origin of the village’s name.

Currently, there are some 50 households living there. Even though hundreds of years have passed, the village has preserved its traditional appearance, attracting visitors across the nation.

The village consists of houses owned by different social classes from the nobility to working class.

The most common style is a thatched roof house with stone walls. Daily tools and other folk objects are on display to transport visitors to the past and to showcase the daily lives of ordinary people at the time.

When it comes to luxury houses like Champandaek, Gamchaldaek and Pungdeokdaek, they used to be named after the owner’s official title or hometown.

Another attraction is the well-preserved 6,000-meter stone walls surrounding the village. The side streets between the walls and the neighboring dense forest completes the charm of the village scenery.