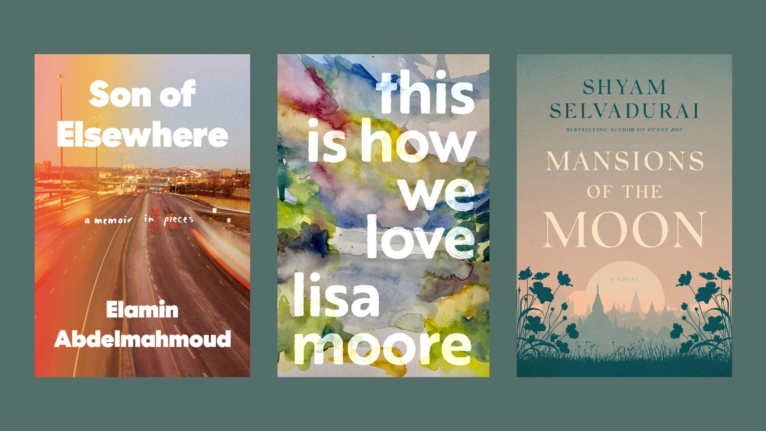 Theatres, hotels and industrial plants from St. John’s to Victoria come to life again in this engrossing work of social history by architecture critic Bozikovic and illustrator Biesinger. Fire and the mid-20th-century mania for “urban renewal” may top the list of direct causes, but a host of factors were involved, including technological revolution and changing tastes.

This exquisite collection includes “Lagomorph,” the moving and occasionally hilarious tale of a man alone in the world except for his family’s pet rabbit. Other gems: “Everything Underneath” and “Once Removed,” in which MacLeod explores the ways humans “parcel out” their love.

The Old Woman with the Knife

Korean noir, even when leavened by Gu’s moments of caustic humour, is as noir as it gets. Hornclaw, a self-described “disease-control specialist”—a.k.a. contract killer—is, at 65, a little creaky and considerably cranky as the riveting centre of a page-turning thriller and a sharp satire of South Korean attitudes toward elderly women.

This Is How We Love

By Lisa Moore (House of Anansi, May 3)

The Newfoundland novelist writes characters who specialize in pithy, needle-sharp assessments of one another. But Moore reaches another level in this gritty and compelling story of a mother, her stabbed and beaten son, and a cascade of memories. It features relationships wanted and unwanted, and love that’s unforgettable—all set against the 2020 Snowmageddon, a record-breaking blizzard for St. John’s.

Son of Elsewhere: A Memoir in Pieces

By Elamin Abdelmahmoud (McClelland & Stewart, May 17)

In essays as arresting as his subtitle, the host of the popular CBC podcast Pop Chat revisits the building blocks that shaped his sense of self. Subjects include his experience of having “Blackness” thrust upon him at age 12, when he moved from Sudan to Canada; the social possibilities provided by pro wrestling; and what the international stardom of Egyptian footballer Mohamed Salah means to Muslim children living in the West.

Mansions of the Moon

By Shyam Selvadurai (Knopf Canada, May 3)

According to Indian lore, Siddhartha Gautama abandoned his family to go in search of enlightenment on the night his wife, Yasodhara, gave birth to their son. Within a few years, he was known as the Buddha. Selvadurai’s tale of emotionally torn star-crossed lovers—and the aftermath of their parting—is subtle, absorbing and thoroughly modern.