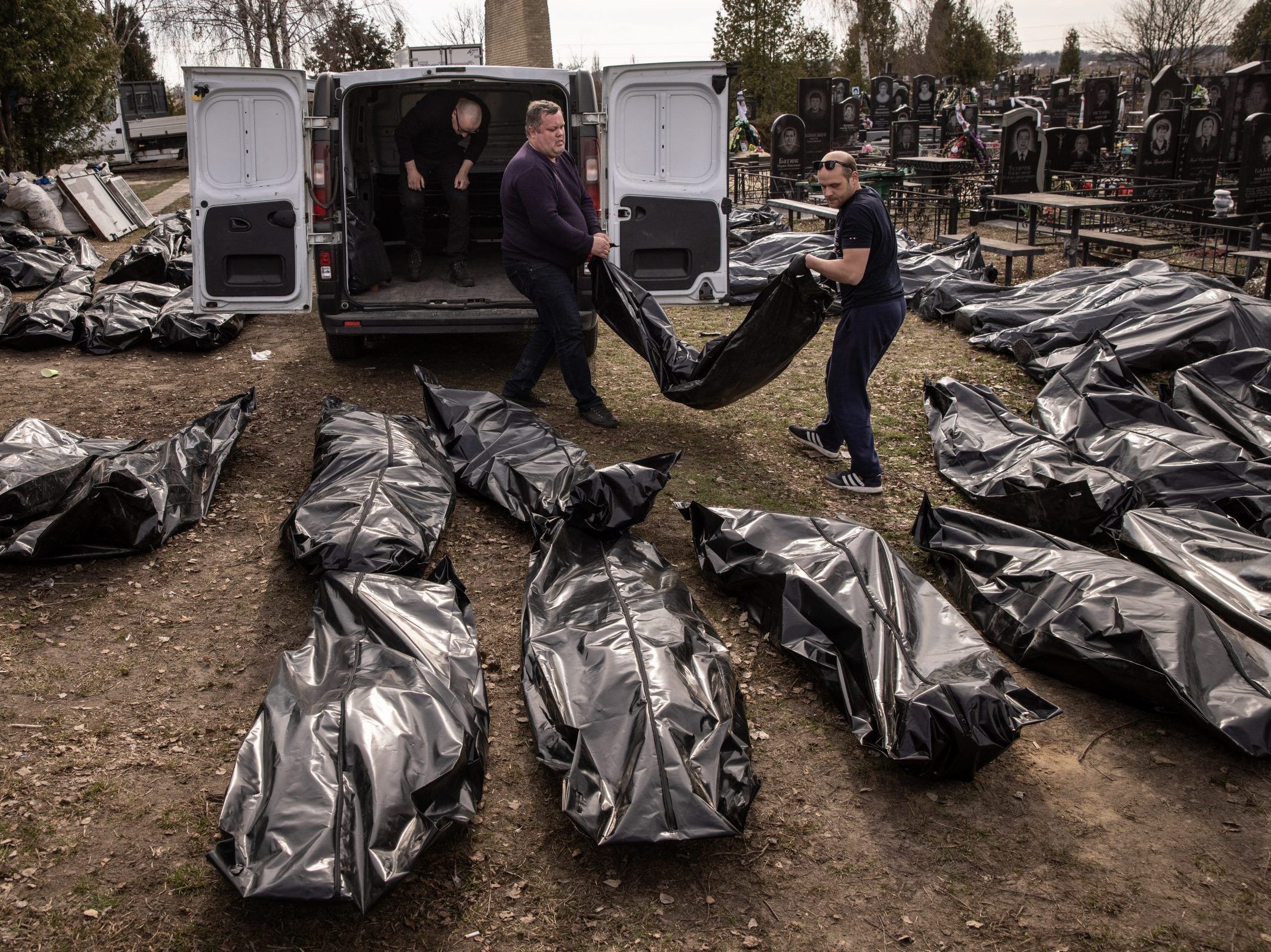 The RCMP is collecting evidence of alleged war crimes in Ukraine from people fleeing to Canada following Russia’s invasion of their country.

The investigation by the Mounties has been launched through the federal war crimes program to ensure important information and evidence is gathered from Ukrainians who wish to provide it upon arrival.

The RCMP and federal partners are setting up a website to let Ukrainians know how they can share information about possible war crimes they have witnessed during Russia’s attack.

In a statement Thursday, the government said details on the effort will also be available starting this week at Canada’s main international airports, and through non-governmental organizations and community groups providing assistance to Ukrainians.

Officials say information about possible crimes must be collected and protected at the earliest opportunity, to ensure it is not lost with the passage of time and to preserve crucial evidence for future prosecutions.

Canada has already dispatched RCMP officers to The Hague to assist the International Criminal Court investigation into possible war crimes by Russia.

Associated Press journalists have reported seeing dozens of bodies in Bucha, near the Ukrainian capital Kyiv — some burned, others apparently shot at close range or with their hands bound.

Russia has falsely claimed that the scenes in Bucha were staged.

Federal officials said Ukrainians and anyone with a Canadian connection who has information about potential war crimes can provide it to the RCMP through the new dedicated website.

The RCMP is seeking information about acts of violence in Ukraine since Feb. 24 of this year and in Crimea or the Donbas region since 2014.

An RCMP investigator might follow up to provide a secure means of sharing potential evidence, including photos and videos.

“Sharing this information is the individual’s choice and will not have any impact on their immigration status in Canada. It will be safeguarded by the RCMP and only used for investigative purposes and criminal prosecutions,” the government said.

“Canadians have watched in horror as the Putin regime has killed innocent people, targeted civilian infrastructure like hospitals and wantonly disregarded all international rules and norms,” he said. “There must be consequences for these illegal and immoral acts.”

The G7 issued a joint statement on Thursday affirming the importance of the ICC to gather evidence in a war crimes investigation, and it also affirmed similar investigations by the United Nations Human Rights Council and the Organization for Security and Co-operation in Europe.

“We underscore that those responsible for war crimes and violations of international humanitarian law, including the indiscriminate use of force or attacks intentionally targeting civilians, must be held accountable and brought to justice,” the group said.

The G7 also vowed to continue exerting economic pressure on Russia to isolate it further from the global economy, including more sanctions on the rich enablers of President Vladimir Putin and Russian state-owned entities.

Thursday’s federal budget also addressed the global economic uncertainty that has been unleashed by the Russian war on Ukraine.

“Putin and his henchmen are war criminals. The world’s democracies, including our own, can be safe only once the Russian tyrant and his armies are entirely vanquished,” said Finance Minister Chrystia Freeland, the deputy prime minister, during her budget speech to the House of Commons.

— With additional reporting by The Associated Press