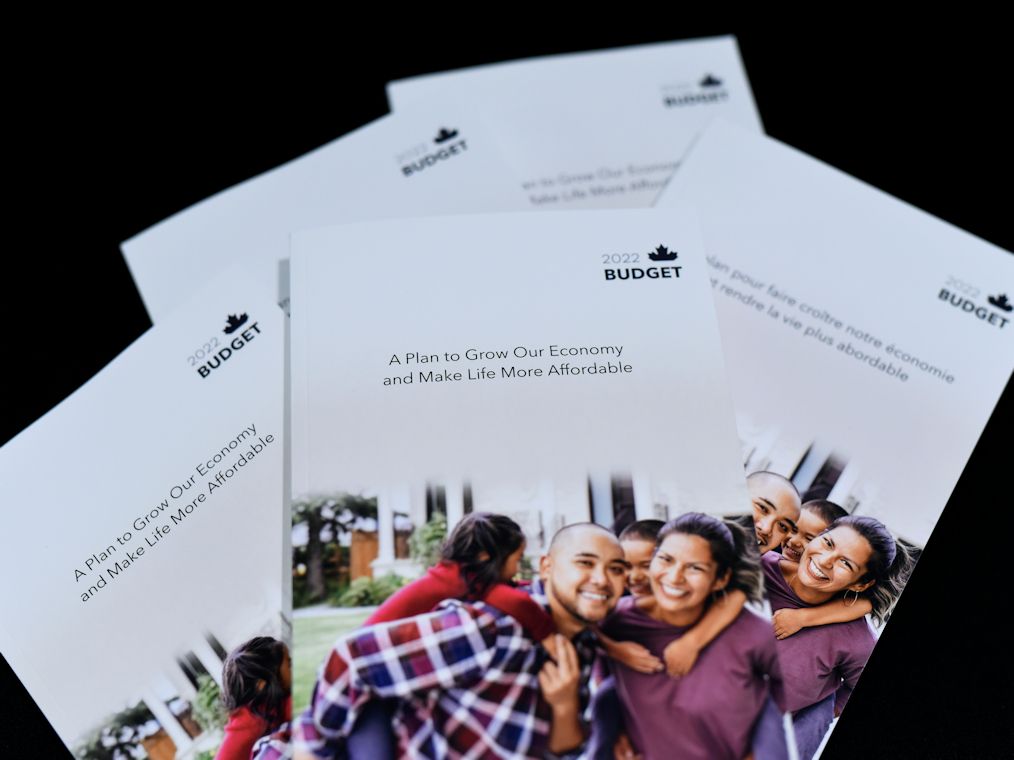 Welcome to the all-Budget Day edition of First Reading! $452.3 billion in total spending! A $52.8 billion deficit! And for you weirdos who care, Chrystia Freeland’s Budget Day shoes were a pair of spike-heeled pumps that she thought would convey “power.” The whole 300-page budget document can be found here (and you can watch Freeland’s speech here) but these are some of the highlights …

Most commentators are calling it a “prudent” budget, mainly because everyone expected that the recently struck NDP-Liberal deal was going to decisively strangle any notion of fiscal prudence. But the deficit for 2022/23 is $6 billion less than the $58.4 billion that the government was forecasting in fall. And Freeland is getting praise for not completely burning through an unexpected $14.3 billion windfall in revenue brought about mainly by high inflation.

When compared against the last 50 years of federal budgets, a $52.8 billion deficit is still on the high side, even when adjusting for inflation. But for context, the last fiscal year added $113.8 billion to the debt, and the year before that saw a deficit of $354.2 billion (mainly due to COVID-19). As the National Post’s John Ivison wrote, “in comparison to its profligate predecessors,” the new budget is “prudent and responsible.”

It’s not technically a budget item (since it doesn’t really involve any spending) but one of the big headlines from Budget 2022 was that the feds intend to ban foreign investment in the Canadian real estate market. For the next two years, non-Canadians aren’t allowed to buy residential properties (although there are exceptions if you live here and don’t have your citizenship).

Budget 2022 also marks one of the first times that the Trudeau government has explicitly fingered the housing affordability crisis as a demand-side issue. “Put simply, Canada is facing a housing shortage,” reads the preamble to the section on housing policy. As to why that’s happening, it’s mainly a problem of local governments refusing to greenlight new construction. On this, all Budget 2022 could really offer were some broad promises to tie federal funds to municipalities found to be increasing the housing supply.

The budget’s housing portion also contains a line item that could charitably be described as a cruel joke. Budget 2022 earmarks $475 million in order to cut $500 cheques to Canadians facing “housing affordability challenges.” In Vancouver, where average apartment rents are at $2,661 per month, that buys roughly six days of shelter. Budget 2022 also contains a proposal for a tax-free account to help young people save up for a down payment, but the account tops out at $90,000 – which isn’t tremendously useful in a country where the average home price is now north of $800,000.

There’s not really all that much extra defence spending. After NATO kept getting on Canada’s case for its threadbare military, there was buzz that this would be the budget in which the Canadian Armed Forces would finally be allowed to spend the NATO benchmark of two per cent of GDP – a move that would add up to $16 billion to the defence budget. Instead, the Department of Defence got $8 billion … over five years. That’s roughly an extra ship or two each year.

In agreeing to prop up the Trudeau government until 2025, the NDP’s chief demand was free dental care for lower income Canadians. According to Budget 2022, that’s going to cost $5.3 billion. The NDP caucus numbers 25 MPs, so if you want to be really cynical about it, it cost the Trudeau government $212 million in dental spending per NDPer to stay in power for the next three years. Tally up all the NDP-specific budget items, meanwhile, and the final price tag comes in at $15 billion (or $600 million per NDPer). And if you’re really cynical, Trudeau only needed the support of 10 extra MPs to govern with an effective majority, so that’s an extra $1.5 billion for each NDPer that Trudeau actually needed to support his government.

Debt is going to keep going up, but also down (depending on how you look at it). The Liberals have no plans whatsoever to tackle the deficit; even after federal debt topped $1 trillion during the COVID-19 pandemic, the plan is to run 11-figure deficits for at least the next five years. But the picture is a lot better according to the Liberals’ favourite metric for calculating debt: The debt-to-GDP ratio. So long as Canada’s economy keeps growing, the idea is that the federal government can keep stacking up debt in tandem with the rise in GDP. So, Budget 2022 trumpets the fact that while the ratio is currently 45.1 per cent, without paying off a single cent of debt we’ll nevertheless be down to 41.5 per cent by 2026.

Budget 2022 threatened to tax rich people more, but didn’t really have all that many details. The budget cited some rather surprising figures from 2019 to show that more than one quarter of Canadians earning $400,000 or more in 2019 paid less than 15 per cent in federal tax. As to why, the budget could only say that high-earners were making heavy use of “deductions and tax credits,” and also to write that it was “unfair.”

Also, sperm is now tax-exempt. We sort of have a fertility problem in Canada, so the feds extended tax credits to surrogate mothers, in-vitro fertilization and the various costs surrounding donated sperm and ova.