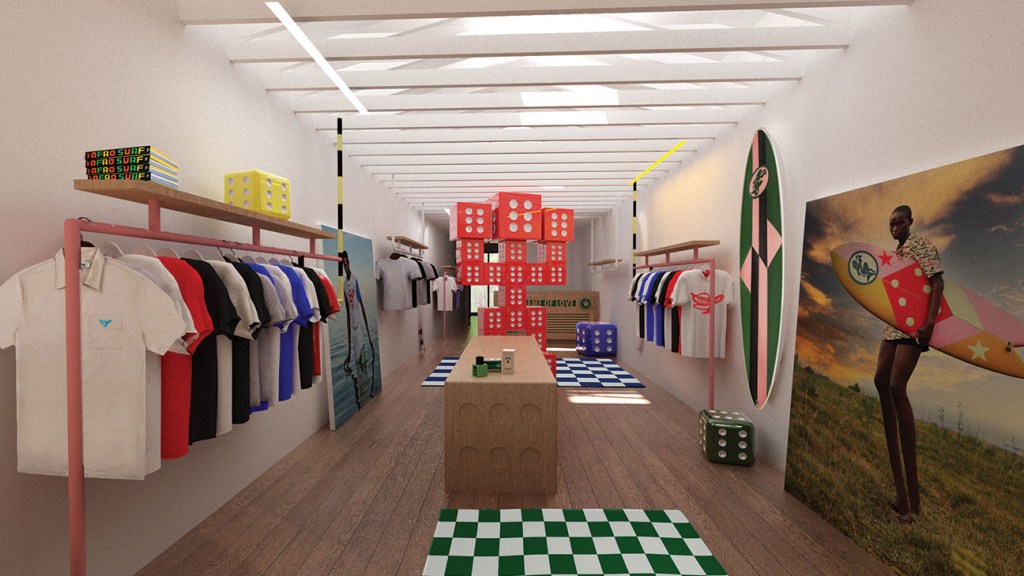 Cut to 2017 when a friend connected him with guys doing just that in Cape Town, where he was supporting his acclaimed trumpeter father, Hugh Masekela, through cancer treatment.

“I was really, really blown away,” recalls Masekela, who joined up with Mami Wata, named for the traditional African water spirit, to help spread the message of his late activist father, known as the father of South African jazz and for his anti-apartheid songs including “Soweto Blues.”

“Before my father passed the biggest message he was trying to share with the world and also with Africans was to take pride in the wonder of the country and the diversity of the continent, the depth of the culture and the immense ways in which creatively — through music, food and fashion — Africa is contributing to the zeitgeist,” he says.

The label, riffing on motifs, iconography, animism and proverbs from across the African continent, was a way for Masekela to pick up the elder Masekela’s mantle and stoke curiosity in the West.

Mami Wata’s power — as anyone strolling by the pop-up’s unmissable giant yellow banana on a field of tomato-red dice will see — is its ability to “showcase modern African design in a way you can’t ignore,” says Masekela of the exuberant, feel-good clothes, including cut-and-sew shirts, board shorts, tees and sweatshirts.

“The design gets people talking, then they learn it’s from South Africa, and it’s a portal into this much bigger story.”

Another path to enlightenment is Afrosurf, a book Mami Wata’s co-founders compiled during COVID, funded by Kickstarter. A “visual mindbomb,” says Masekela, it’s filled with photography, essays, poems, playlists and illustrations by African surfers and creatives that only scratch the surface of the continent’s talent. It’s been picked up by Penguin Random House and Ten Speed Press, and Masekela is currently shopping a series based around it. Proceeds from the coffee-table tome benefit Waves for Change and Surfers Not Street Children, two South African nonprofits using surf therapy to help underserved and at-risk youth. “Yeah, this is a cool, entertaining lifestyle,” says Masekela of surfing, “but it’s also a lifesaver.”

In their passionate attempt to expand what surf culture looks like globally, the Mami Wata team has also produced a transportive short film, shot by Giant Film and art directed by Mami Wata co-founder Peet Pienaar in Senegal during Masekela’s most recent surf trip on the continent. He describes it as “an art piece that forces you to go, ‘Whoa, I’ve never seen that before!’ You get the feel of what it might be like to be in the streets and the ocean of Senegal.”

There, Masekela savored being in the lineup of world-class waves with surfers who look like him. “Ninety-five percent of the kids in the water are actually Senegalese,” he says, “and they’re making their own surf culture.” One that’s in stark contrast to the Southern Californian blonde-hair, blue-eyed trope. The message is: You don’t need to look like that to surf.

There’s a need, he says, to get “people to see Africa not as a place that needs our help, but as a continent that has so much to give and share in how we live as human beings.” And with its bold, creative collections, authentic storytelling and spirited attitude, Mami Wata is amplifying that discovery. “To me,” says Masekela, “Mami Wata celebrates being alive.”

A version of this story first appeared in the March 30 issue of The Hollywood Reporter magazine. Click here to subscribe.