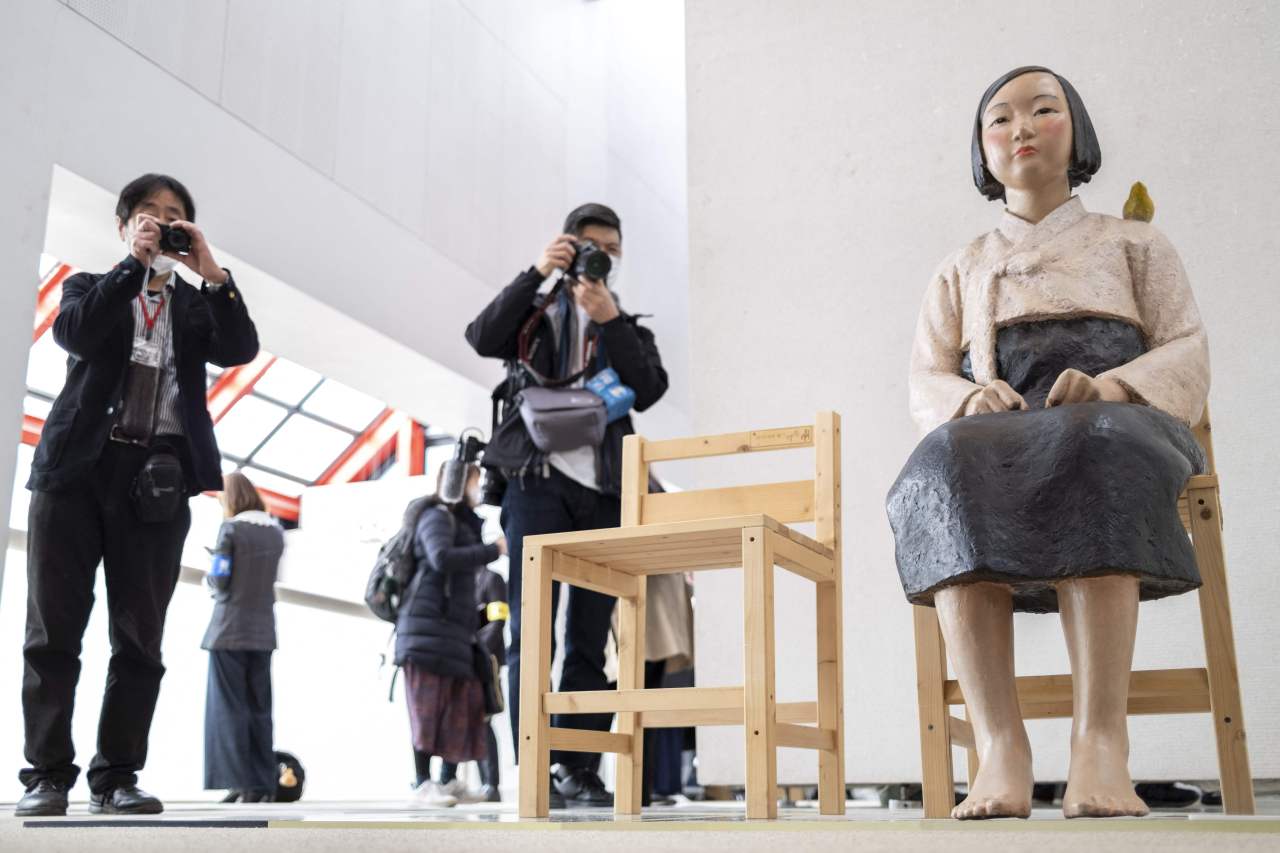 TOKYO — An exhibition featuring art works on victims of the Japanese military sexual slavery kicked off in Tokyo on Saturday despite protests from Japanese right-wing activists.

“Non-Freedom of Expression Exhibition” opened for a four-day run at a public gallery in Kunitachi, Tokyo Prefecture, to showcase works by 16 artist collectives, including a statue symbolizing victims of the Japanese military sexual slavery during the World War II.

“The Statue of Peace” symbolizes women who were forced to serve Japanese troops during the 1910-45 colonial rule of the Korean Peninsula, euphemistically called “comfort women.”

It is the first public exhibition in more than seven years of the statue, which has often become the target of those who deny Japan’s wartime atrocities.

The fair also features phots of comfort women and video art related to late Japanese emperor Hirohito, which is considered a taboo in Japan.

Outside the gallery, under tight security, right-wing activists in vehicles denounced the exhibition as “anti-Japan” through loudspeakers and some tried to enter the venue but were blocked by local police.(Yonhap)