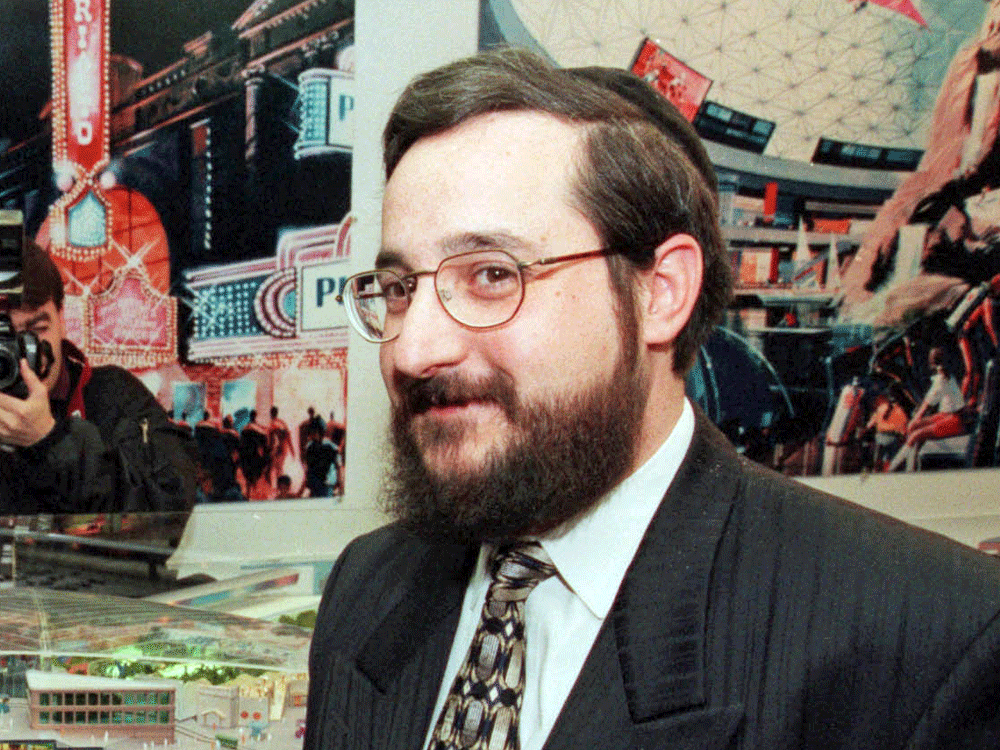 The Reichmann family climbed higher than almost everyone. They were named the fourth richest family in the world before the visionary Canadian tycoons’ fortunes waned, to the point of their marquee company going bankrupt in the 1990s.

Once the talk of the town — of many towns, in many countries — the family whose every handshake seemed to make headlines has since been reclusive; on Monday, however, several members of the Reichmann clan will be in court to settle a messy family feud.

In the case of Reichmann v. Reichmann, Abraham Reichmann is suing his parents, Ralph and Ada Reichmann, and several family corporations.

Abraham, an ordained rabbi, filed his claim back in 2014 — complaining he had been financially cut off by his parents — but it is only now finally scheduled for trial.

It’s a case many believed would be settled quietly. The clan had a penchant for privacy.

“The family was always extraordinarily circumspect about their wealth,” said Dimitry Anastakis, a professor of Canadian business history at the University of Toronto’s Rotman School of Management.

Even a judge hearing pre-trial motions on the case, back in 2015, offered advice from the bench: “This case cries out for settlement.”

It was not to be.

The feud rattling this branch of the storied Reichmann family tree has been quietly ugly and irreconcilable.

The Reichmann patriarch, Samuel, moved from Hungary to Austria in the 1920s, where Albert, Paul and Ralph were born. The Orthodox Jewish family fled Europe ahead of the Second World War and the Holocaust and two more sons were born before the family emigrated to Canada from Morocco in 1956.

Ralph, who is now about 90 years old, is one of three brothers who built a property development business, Olympia & York, into a global firm of huge proportions.

The firm was led by Paul who pushed a grand vision.

“To grow from modest means to become one of the world’s largest developers is a tremendous Canadian story,” said Anastakis.

“Their buildings in London, New York, Toronto, leave a huge mark. These guys were modern-day pharaohs in a weird way — erecting buildings that changed the landscape; gigantic projects that nobody thought could be done.”

From the 1970s through the 1990s, the Reichmann brothers, as they were referred to collectively, became household names for their business empire — its incredible rise and perplexing fall.

In Toronto, they built First Canadian Place in 1975, the tallest completed skyscraper in Canada, as an anchor to the city’s Financial District. Other towers followed.

They owned New York City’s World Financial Center, a shopping and office tower complex in Manhattan, across the street from the World Trade Center.

In London, England, they created Canary Wharf, a landmark development, from nothing. It is said the family was pitched on the plan in the 1980s directly by British Prime Minister Margaret Thatcher.

A cluster of gleaming office towers were erected in London’s Docklands, transforming it into a world financial centre. As a nod to the family’s home, the centrepiece tower, the United Kingdom’s tallest building at the time, is called One Canada Square.

During the 1990s recession, their financial commitment to Canary Wharf left their company over extended and Olympia & York declared bankruptcy and the family lost control of the project.

Since their financial troubles, and partial recovery, the family’s dealings have been more modest, as far as is known, and infrequently make headlines.

One thing this lawsuit has already cleared up is that although the Reichmanns lost their uber-rich status, they remain very wealthy.

The branches of the clan created family trusts. Part of Ralph and Ada Reichmann’s arrangement, according to court documents, was a holding company, with them as directors and officers and their children and grandchildren joining them as shareholders.

That included Abraham, who is now about 60 years old.

“For about 30 years, Abraham received substantial amounts of money from his parents,” Frank Newbould, then an Ontario Superior Court judge hearing an interim motion in the case, said in a 2015 decision.

The support ended abruptly soon after.

“What exactly caused the unfortunate family rift is not at all clear from the record,” Newbould wrote in a 2015 decision.

“What is known is that until 2014, his parents were very generous to him as well as to other of their children. His parents by any standard are very wealthy. His parents say that the payments to Abraham were gifts. In 2014 payments to Abraham stopped for the reason, as acknowledged by Ralph, that he did not want to continue making payments that would be used to fund the litigation against him.”

At the time, Abraham said he had a wife, ten children, four daughters-in-law, and four grandchildren that were dependent on him for living expenses.

Pending the outcome of his lawsuit, Abraham asked the court in 2015 to order the family’s holding company, Rada Holdings Inc., to continue shareholder payments to him.

Money from Rada continued to flow to Abraham’s siblings, who were equal shareholders in the trust, court heard.

“One can only infer that the reason for the different treatment of Abraham was because of his lawsuit against his parents. It was mean spirited to say the least,” Newbould wrote. “Shareholders of a corporation have a right to expect to be treated equally so far as dividends are concerned.”

As an interim order, Newbould ordered that Rada pay shareholders equally, according to their shareholdings.

There has been little public activity on the file in the years since.

An order in the case was signed on Feb. 8, by Justice Thomas McEwen — but it was sealed, meaning it is unavailable to the public.

“The order solely relates to the solicitor and client relationship and not the merits or conduct of this proceeding or, for that matter, any proceeding,” McEwen hand wrote in a note in the file.

Anastakis was surprised the lawsuit is going to trial.

He said the public optics of family suing other family over money appears “unseemly,” especially for a clan whose empire was built on working together.

“Paul Reichmann was always so private in these matters. The idea of airing the family’s dirty laundry in public will send poor Paul spinning in his grave,” he said.