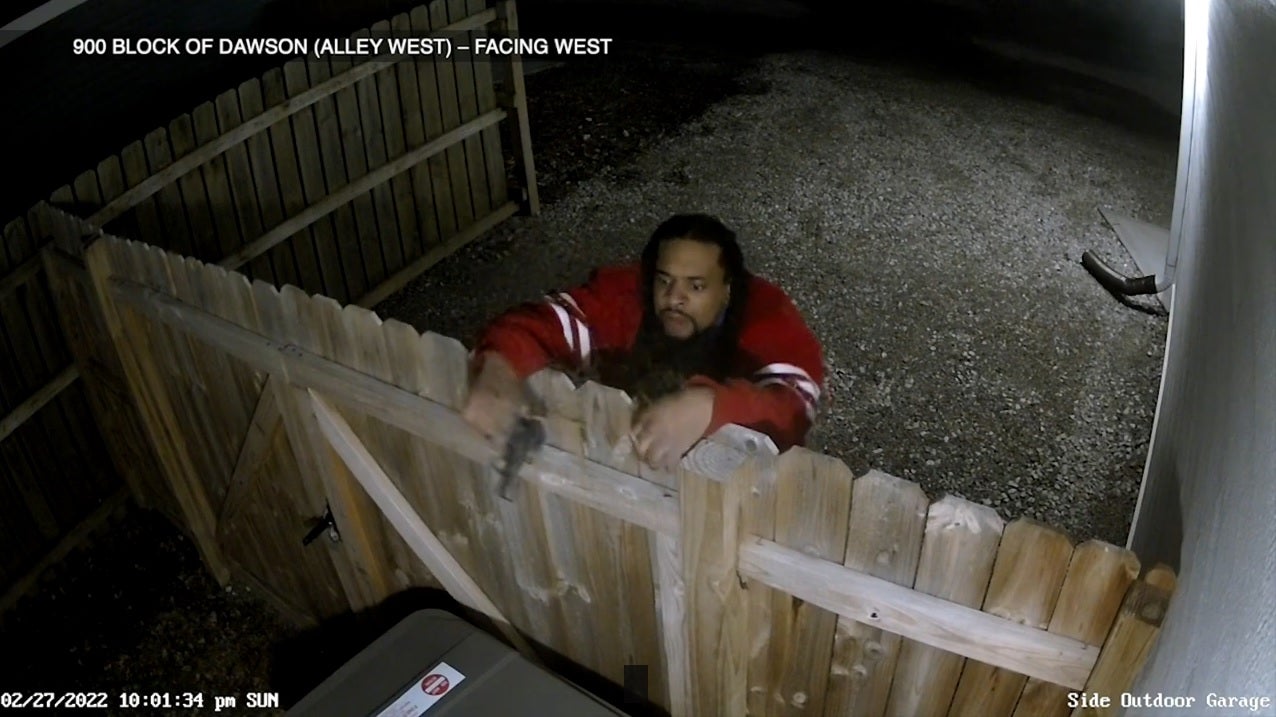 INDIANAPOLIS (WISH) — Police have released videos detailing what happened the night an officer and a suspect were both shot.

The Indianapolis Metropolitan Police Department has posted a video online showing body-camera video from the night Officer Thomas Mangan was shot in the neck on Feb. 27. Mylik Hill is accused of shooting Mangan and has been charged in the case.

Officers originally responded to a report of a crash in the 1600 block of Lexington Avenue. That is between South State Avenue and Spruce Street.

While en route to the scene, officers were told the person who reported the crash called dispatch again and said a male driver of one of the vehicles involved in the crash had started exposing himself. Officers were then told the “intoxicated male” — identified as Hill — was injured and had left in a red Buick.

Body-worn camera footage shows Mangan and his field training officer, Daniel Majors, telling Hill to put his hands out the window as Hill gets out of a vehicle. Hill ignores the command and starts running.

Mangan and Majors tell Hill to stop and pursue him on foot when he does not. As Majors is pursuing Hill, Majors tells Hill twice or stop reaching or he will shoot him.

A series of shots are then fired.

As Majors is shooting at Hill, he yells “drop the gun” twice.

Private security camera footage captured Hill shooting at officers and then running east in the direction of South State Avenue.

Other security cameras showed an injured Hill jumping a homeowner’s fence in the 900 block of Dawson Street, where he was eventually located by police.

Mangan, an IMPD officer for a year, was sent to a hospital in serious condition. He suffered damage to his laryngeal cartilage (Adam’s apple) and voice box.

He was released from the hospital after nearly two weeks.

IMPD said Mangan had received hundreds of “get well” cards.

IMPD Officer Daniel Majors, a police officer for seven years, fired at Hill and was placed on administrative leave during the investigation, which is standard procedure after an officer fires a service weapon.

Hill, 31, was sent to a hospital in critical condition after the shooting and was charged in the case on March 8. He faces ten charges, including nine felonies for attempted murder, resisting law enforcement and unlawful possession of a firearm by a serious violent felon.

He’s due back in court on June 21 for a pretrial conference.

In the weeks following the shooting, it was learned that a misspelling in court records allowed Hill to walk free after being arrested for theft and resisting arrest on Jan. 31, just weeks before the shooting of Mangan. Due to the discrepancy, he was able to bond out on Feb. 1. Hill was on parole following a 2012 conviction for armed robbery, but the 2012 case had his name spelled as “Mylak” in court records.