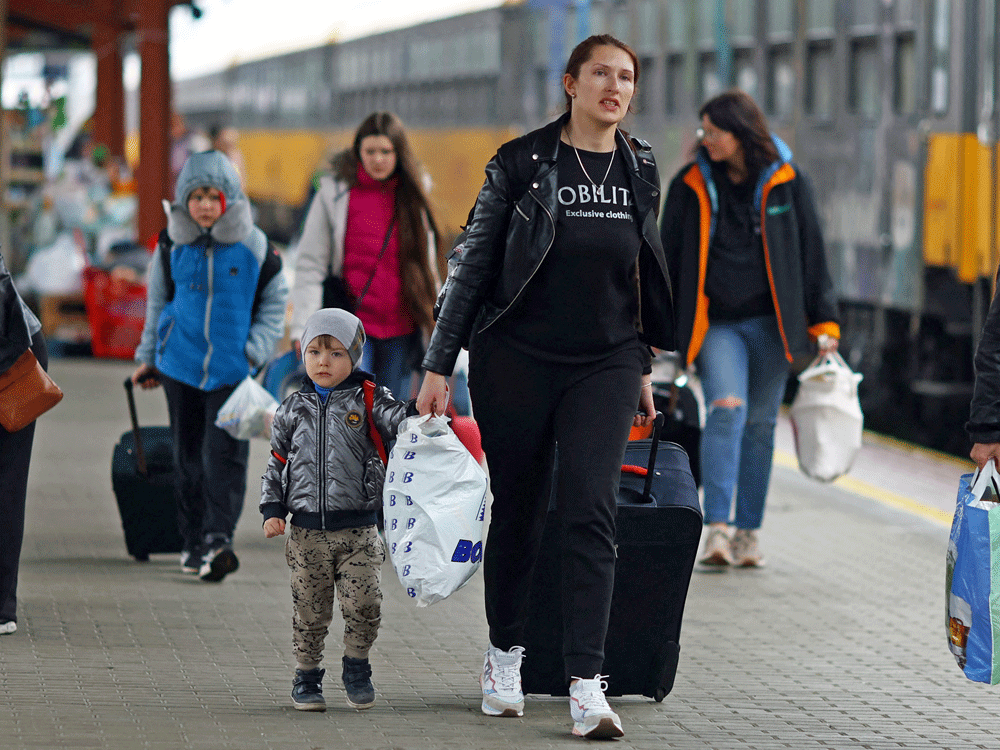 Amid reports of months-long waits for Canadian embassy appointments in eastern Europe, measures announced this week to cut red tape for those fleeing war in Ukraine are coming under fire.

On Monday, Immigration Minister Sean Fraser unveiled plans allowing certain low-risk groups to apply for a Canadian visitor’s visa without the need to submit biometrics — currently required for anybody seeking to obtain a visa to visit this country.

But the new rules only apply to children under the age of 18, seniors aged 60 and up, and previous Canadian visas holders with clean immigration records and with proper supporting documents — a situation Immigration critic Jasraj Singh Hallan describes as unfair.

“Even with this new easement of restrictions, a five-year-old child can be exempt from doing the biometrics, but their mother can’t,” the Conservative MP told the National Post.

During Tuesday’s Question Period, Hallan shared with the House the story of a Ukrainian woman who worked as an interpreter for the Canadian military who, upon applying for the program at Canada’s embassy in Poland on March 21, was told the earliest-available biometrics appointments were mid-July.

“The minister has to put his ego aside and listen to what Ukrainians want,” Hallan said.

Pre-visa collection of biometrics — biological identifiers such as fingerprints and photographs — aren’t required for applicants under 14.

Hallan has been a leading voice calling on the Trudeau Liberals to include Ukraine in the list of 60 nations that don’t require its citizens to obtain visas before entering Canada.

Earlier this week, the Calgary-Forest Lawn MP tabled a non-binding motion in the House urging the government to lift visa requirements for Ukraine.

That motion — adopted the previous week by the House immigration committee despite a lack of support from Liberal committee members — passed in the House of Commons 175 to 154, with Conservative, Bloc and NDP MPs all voting in favour.

Earlier this month the government unveiled its Canada-Ukraine Authorization for Emergency Travel (CUAET) program, waiving fees and launching accelerated immigration streams for those fleeing Russian invaders to stay and work in Canada for up to three years.

But that process hinges on an applicant’s ability to apply and be approved for a Canadian visitor visa, which requires applicants to visit consular offices outside of Ukraine to submit biometric data and submit supporting paperwork.

Also starting this month, arrival services for Ukrainians are available at Toronto, Edmonton and Vancouver airports, courtesy of the Canadian Red Cross.

Family members of those stuck in Ukraine say the biometrics requirement presents an unreasonable and dangerous hardship.

As Canada currently has no diplomatic presence in Ukraine, those hoping to take advantage of Canada’s programs assisting war refugees must first travel to collection centres in Poland or Romania.

Scrumming with reporters before Question Period on Thursday, Fraser said his government is taking action to cut chronic processing backlogs in Immigration, Refugees and Citizenship Canada (IRCC) — a problem plaguing the department for years.

Earlier this month, Fraser said enacting a visa waiver would take 12 to 14 weeks, claiming such a move would require “renovations to our IT system,” as well as coordination between IRCC and the airlines.

“Biometrics are currently a requirement before arrival in Canada for the majority of Ukrainian nationals,” read a statement sent to the National Post by Fraser’s office Friday.

“The collection of biometrics is an essential component of the security screening process to protect the safety and security of Canadians and Ukrainian nationals when they arrive on Canadian soil.”

A question to Fraser’s office requesting the rationale behind the new measures went unacknowledged.