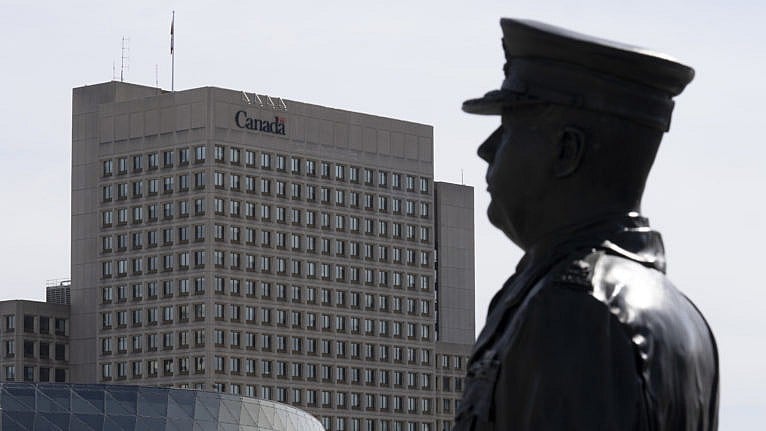 Canada’s former top soldier, Gen. Jonathan Vance, pleaded guilty Wednesday to one count of obstruction of justice after a series of phone calls to Maj. Kellie Brennan, with whom he had a long-time affair and had fathered a child, the Citizen reports. Vance told Brennan to lie to military police about their sexual relationship. Brennan gave recordings to the military police. Vance will do 80 hours of community service and be on probation for 12 months.

The provincial court heard Wednesday how Vance’s intimate relationship with Brennan started in 2001 when both were posted in Gagetown, N.B. and continued until early 2021 when he retired. Vance had failed to disclose the relationship, exposing himself to the possibility of a charge under military regulations, according to an agreed upon statement of facts read into the court record. The court heard that Brennan’s decision to talk to Global TV about the relationship prompted a series of phone calls in February 2021 from Vance in which he tried to convince the major to promote “a false narrative.”

Misconduct list: The Globe has a helpful breakdown of all the senior officers who have been charged or are under investigation.

Staying on court: Beverley McLachlin said Wednesday that she will remain a judge on Hong Kong’s highest court despite the resignation of two British judges who cited the deterioration of freedoms since Beijing imposed a national security law in in 2020, the Globe reports: “The court is operating as an independent, judicial branch of government – perhaps the last surviving strong institution of democracy. And it’s there for people to give them fair hearings and independent justice from the courts.”

Dictator? CPC MP Rachael Thomas caused a stir Tuesday when she used the word “dictator” to refer to Justin Trudeau in the House, CTV reports: “There are many Canadians who hold the view that this does apply to Mr. Trudeau, the prime minister of Canada.” Saskatoon-West MP Brad Redekopp also used the word in relation to Trudeau. Fellow CPC MP Michelle Rempel Garner appeared to chide them both on Wednesday: “There are many people in Canada that have fled countries, Venezuela comes to mind, where you have a dictator like Maduro at the helm. I just think it’s incumbent for legislators to inspire Canadians to ensure that our democracy is healthy, our democratic institutions are healthy.”

Mandate letters traditionally lay out the marching orders a premier has for each of his or her ministers after taking office — and have been routinely released by governments across the country. Ford’s government, however, has been fighting to keep his mandate letters from the public since shortly after the premier took office in June 2018. Despite being ordered to release the records by Ontario’s former information and privacy commissioner and having its appeals of that decision dismissed at every level of court so far, the province has decided to use its final option to prevent disclosure: the Supreme Court of Canada.

Impaneled: After announcing it would essentially be going back to the drafting table on its promised online harms legislation, the federal government unveiled an expert panel that will help it rework online harms legislation, CTV reports. The panel of 12 experts  will meet regularly over the next two months and ultimately give advice to Heritage Minister Pablo Rodriguez about the bill.

Notley unimpressed: Several columnists have pieces analyzing the government’s announcement Tuesday of a new federal plan for emission reductions. In the Edmonton Journal, David Staples wonders if the plan is so great, why is Rachel Notley critical of it?

Notley also pointed out of the unfairness of Trudeau’s scheme, that while the oil and gas sector produces 26 per cent of emissions and the transportation sector produces 25 per cent, oil and gas have been hit with a 42 per cent cut while it’s just 11 per cent for transportation. “This is manifestly unfair and it will have serious economic consequences for Alberta and for Canada.”

No new rules: Kyle Bakx, writing for CBC from Calgary, argues that the oil patch was spared harsh new measures.

For now, the oil patch isn’t facing any new regulations as the actual policy is still in development. There are no details yet on how the cap will be set, how it will change over time and how it will be enforced. On one hand, the industry could benefit from having the policy sooner rather than later considering the 2030 climate target is fewer than eight years away, said Beugin, but it’s such an important policy that it makes sense to develop it properly.

Later rather than sooner: Writing for CBC from Ottawa, Aaron Wherry observes that reducing emissions would have been easier if we had started earlier.

Some emissions are harder to reduce than others and not every economic sector or province is going to move at the same pace. Matters of “fairness” and feasibility will always be up for debate. But the abiding lesson of climate policy is that avoiding reality doesn’t make anything easier. Lower emissions for oil and gas in 2030 might be easier to envision now, for instance, had action been taken sooner after 2005. One might gaze wistfully at the climate plan that Stephen Harper’s government tabled in 2008, with its promise that tough new requirements would be imposed on the oilsands.

Dismal saga: In the Line, Matt Gurney has a strongly argued critique of the Liberals long paralysis on fighter jets, which they broke this week when they committed to negotiating an F-35 purchase. Gurney traces the paralysis back t0 2015, when the Liberals promised something illogical — to hold an open competition and not to buy F-35s.

You can’t hold an “open” competition and exclude one of the frontrunners. There’s just no way to square the circle. This self-inflicted impossibility was a genuinely weird move in a political campaign that was otherwise a smooth, effective and polished effort. It was like no one at Liberal Party HQ bothered to think this particular campaign pledge through all the way to its, um, second step. Having so thoroughly tripped themselves up by issuing an ironclad commitment that was also a paradox, the Liberals … did nothing.