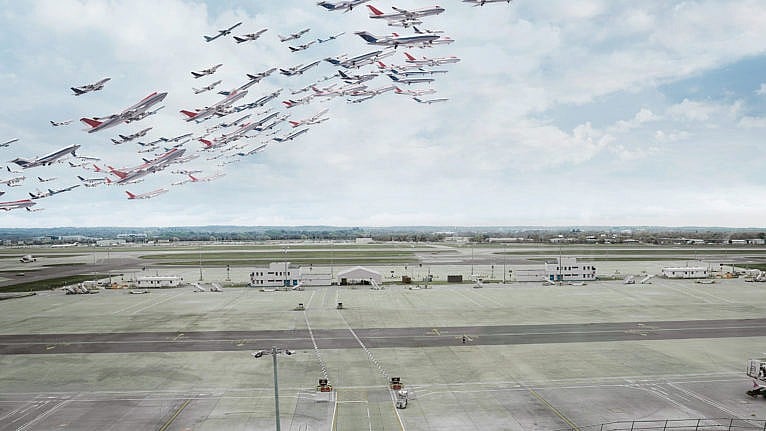 How do you wake up an airline that’s been asleep for two years?

In the spring of 2020, with the global travel sector at a near-standstill, a WestJet maintenance worker in Calgary was performing routine checks on the undercarriage of a Boeing 737 when he came under attack. The plane had been grounded so long that a pair of birds—the worker couldn’t tell what species—had nested in one of its wheel wells.

The staffer fled amid thrashing wings and menacing fly-bys—an assault that would have been worse had the birds gotten around to laying eggs. To prevent future dive-bombings, crews quickly relocated the nest, then mounted plastic coverings on the plane’s openings.

Avian colonization of aircraft was one unforeseen result of the airline industry’s COVID-induced hibernation. For nearly two years, companies were forced to park planes, yet keep them ready to hit the skies when the danger receded. At the height of the pandemic, two-thirds of WestJet’s fleet was parked, and 9,000 of its employees were out of work. The airline was running as few as 30 flights a day, compared to more than 700 in 2019.

MORE: Jet fuel is bad for the environment. Contrails are even worse.

Now, as pandemic-fatigued Canadians venture beyond their borders, the implications of the industry’s long dormancy are coming into view. How do you wake up an airline that’s been asleep for the better part of two years?

WestJet had given the question some thought. As travel restrictions slowly lifted during last year’s vaccine rollout, the company developed a plan to bring 60 aircraft back online between May and December, about seven per month. There is more to the task, however, than rolling jets onto the tarmac and inviting passengers aboard, says Gandeephan Ganeshalingam, the company’s vice-president of technical operations. Even in storage, a passenger jet requires as many as 60 worker-hours of checks and maintenance each week to ensure it remains airworthy—tasks like oiling, greasing and subbing out parts due for replacement. When it goes back into service, the real work begins.

Mike Frayling, a maintenance lead with WestJet, recalls returning one of the biggest, a Boeing 787 Dreamliner, to action. The aircraft’s wingspan exceeds 60 metres, and its tail reaches nearly 17 metres high when the plane is on the ground. Getting it flight-ready took seven days of round-the-clock shift work, with as many as seven staffers on duty at a time. “There’s a lot of lubing,” Frayling says.

Every plane coming back online goes through a B-check: a close inspection of engine components, sensors and moving parts on the wings and tail with names like “aileron” and “stabilator.” All told, the process can take anywhere from 300 to 2,500 worker-hours, depending on the size, model and state of the plane.

As with other industries trying to bounce back from the pandemic, supply-chain problems have complicated things. One item in particularly short supply: thrust-reverser blankets, which are custom-cut pieces of insulating material that protect the reverser from engine heat. Many on WestJet’s planes sustained damage when the aircraft went back into operation—perhaps, says Frayling, from sudden exposure to engine heat after sitting so long in the cold.

By this past March Break, however, WestJet was back to offering more than 350 flights per day. It had 8,400 employees on the job, or about 60 per cent of its pre-pandemic labour force. Air Canada, meanwhile, says it’s been operating its full fleet for nearly a year due to the long lead time required to restart its business and keep its pilots and crews current.

Toronto-based Porter Airlines used the unplanned downtime to give interior makeovers to its 29-strong fleet of De Havilland Dash 8-400s, while its pilots took classroom and simulator training. Porter returned to operations in September. A month later, it was flying to all 18 of its year-round destinations.

As for the final task of reassuring Canadians it’s safe to fly again, that’s proven the easiest part of all. “As long as the government lifts travel restrictions,” says Ganeshalingam, “that’s all the convincing guests need.”

This article appears in print in the May 2022 issue of Maclean’s magazine with the headline, “Rise and fly.” Subscribe to the monthly print magazine here.