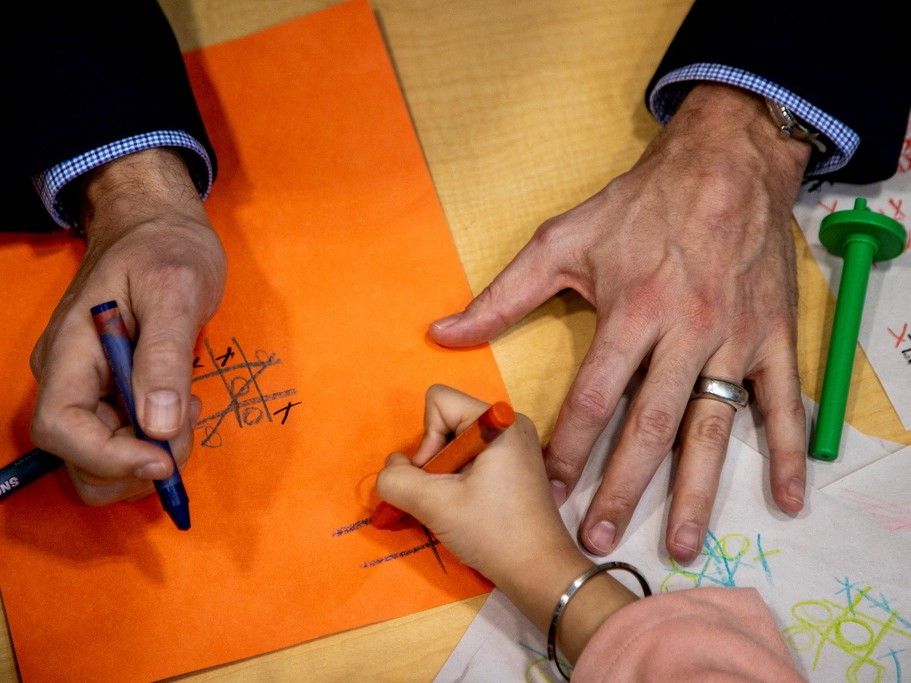 OTTAWA – The federal government signed a child-care deal with Ontario on Monday, bringing Canada’s largest province and lone holdout onboard with the plan to bring $10-per-day child-care to the country.

Prime Minister Justin Trudeau and Ontario Premier Doug Ford signed the deal at a daycare in Brampton, Ontario. Ford’s province was the last to sign onto the arrangement after funding for the idea was announced in last year’s budget.

Parents can expect fees to drop by 25 per cent starting April 1 and 50 per cent by the end of the year. The deal commits the province to  bring average fees to $10 per day by 2026.

With inflation increasing the cost of living, Trudeau said this is a way for his government to deliver a deal that lowers costs for families with young children.

“Parents will start seeing savings across Ontario in the coming weeks and cut fees in half on average by the end of this year,” he said. “This is real money that will stay in the pockets of families this year to help with everything else.”

Ford’s and Trudeau’s governments have been working on a deal since last year. Ford’s government was looking for credits for Ontario’s full-day kindergarten program, but the federal government was unwilling to commit more than $10.2 billion, which is the province’s per capita share of funding.

The Ford government didn’t get any specific additional funding for full-day kindergarten, but did get an additional year of funding in the deal and a review at year three to ensure the program is financially stable.

In total, the federal government is committing $10.2 billion over five years, with an additional $2.9 billion in the sixth year of the deal.

Ford said it was worth delaying the deal until those extra details were worked out.

“It’s a deal that provides flexibility in how we allocate federal funding that was critical to making this program work in Ontario,” he said.

The other provinces’ deals all run for five years, but Trudeau said he had no issue offering Ontario an additional year of funding because the Liberals never intended the program to be temporary.

In provinces where deals were signed last year, parents began benefitting from reduced fees in January. Ford, who faces re-election later this year, said Ontario had to have a deal tailored to its needs.

“Ontario is unique when it comes to child care and I’m very happy that the federal government saw that and was willing to sit down and take the time to get it right,” he said.

The reduced fees will be provided by giving child-care operators direct payments and those operators will then reduce the fees they charge to parents. It may take months for operators to get set up with the provincial government to be able to reduce fees, but parents will get retroactive credit to April 1.

In some provinces, contributions were limited to not-for-profit daycare centres, but the Ontario deal allows for-profit homes as well.

Conservative MP Laila Goodridge said the deals Ottawa has now signed with all provinces still leave many people behind.

“Many families need flexibility, not a rigid Ottawa-knows-best approach. Shift-work families, gig economy workers and entrepreneurs are just some of the families that have indicated that they need flexibility,” she said in a statement.

“Conservatives know that parents need more options when it comes to child care and we will continue to focus on innovative solutions that will help all hard-working families.”

Ontario has also committed to create 86,000 new spaces before the end of the six-year deal to address waitlists. The average family with one child in care is expected to save $2,200 this year, and additional $6,000 next year.

Trudeau said the program is also an economic driver, allowing more women to return to the workplace.

“We know the economic growth that is unlocked when moms no longer have to choose between having a family or advancing their career. It’s a benefit not just to families, not just to kids, but to all of us,” he said.

Finance minister Chrystia Freeland said the economy is dealing with a lack of workers in many areas and this will help.

“Labour force shortages are a choke point right now for our economy. And affordable early learning and child care is going to be such an important part of Canada’s solution,” she said.