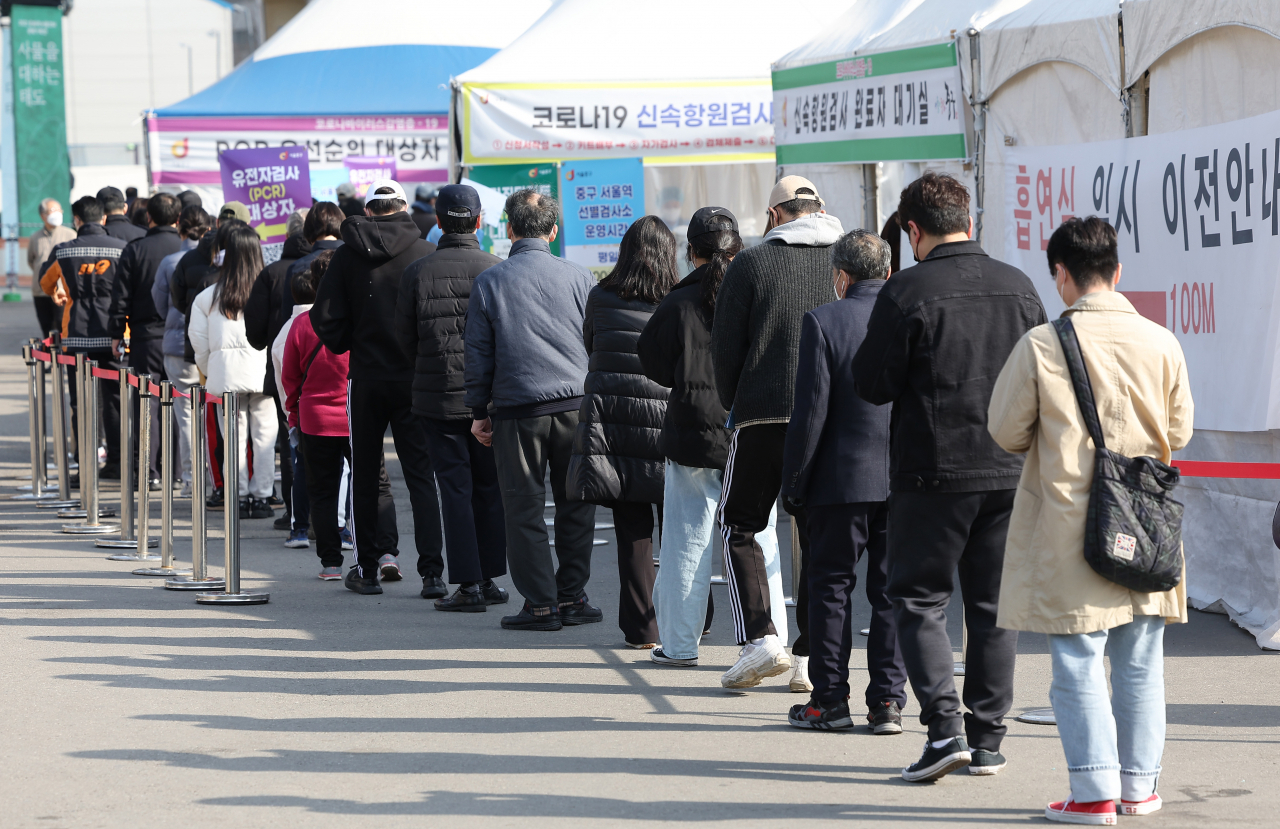 South Korea’s new daily COVID-19 cases have shown a downward trend some 11 weeks after the worst wave of the pandemic over the spread of the highly transmissible omicron variant, Health Minister Kwon Deok-cheol said Monday.

The country began to see a spike in daily cases in early February, and the virus wave reached the peak around last week, with the daily caseload surging to as high as 621,197 on March 17.

But it has shifted to a downturn to bring down the daily caseload to around 187,000 on Monday, the minister said during a meeting over the country’s responses to the new coronavirus.

The daily caseload has been on a constant decrease since Wednesday, when the figure came to 490,844, according to the Korea Disease Control and Prevention Agency (KDCA).

“But we cannot let down our guard, as the number of serious cases and deaths could spike two to three weeks after the peak,” Kwon said.

The country has seen the BA.2, the “stealth omicron” subvariant, become the dominant variant, with the cases accounting for 56.3 percent last week, the minister noted. (Yonhap)