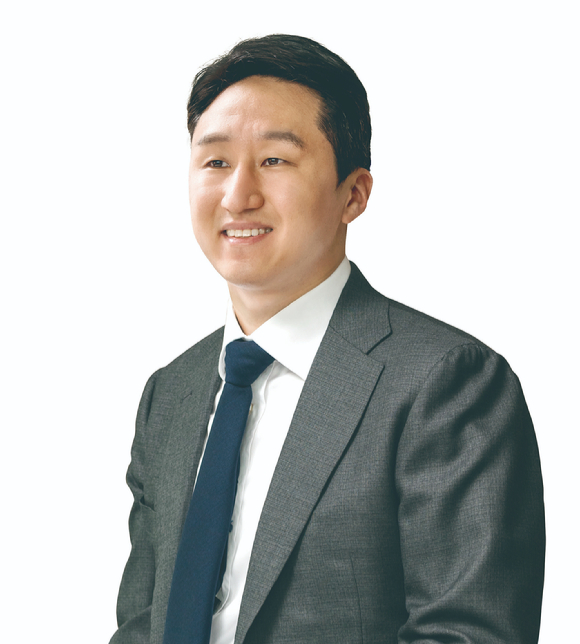 Embarking on changes ranging from management to business strategy, Hyundai Heavy Industries Group on Monday deployed a new corporate name and appointed a grandson of the founder as its new chief executive officer.

In a widely anticipated move, Chung Ki-sun, grandson of Hyundai Group founder Chung Ju-young, was appointed as CEO of Hyundai Heavy Industries Group at the shareholders meeting, completing the generational shift in the leadership of Korea’s largest shipbuilder.

Chung, who was also named CEO of the group’s subholding company Korea Shipbuilding & Offshore Engineering, will lead the group with Kwon Oh-gap as co-CEOs.

“We plan to move beyond the manufacturing business and to bolster the company’s image as an investment group by changing the name,” the group said.

In order to increase the corporate value, the company will accelerate the group’s four major growth engine projects — future shipment, hydrogen fuel cells, digital and health care — and support its subsidiaries‘ new businesses such as clean hydrogen and white bio.

The group will maintain its dividend payout ratio at over 70 percent and consider shareholder return policies, including stock repurchases and retirement, it added.

“Celebrating our 50 years’ anniversary, HD Hyundai will create new values through innovation in the 50 years to come,” Kwon said in a statement.

Chung was also named to the group’s board of directors and Lee Ji-su, a lawyer at Kim & Chang, as a nonexecutive director and member of the audit committee.

Hyundai Heavy Industries Group said it has filed a lawsuit against the EU’s veto of the company’s acquisition of Daewoo Shipbuilding & Marine Engineering at the Court of Justice of the EU.

The group said the EU Commission‘s decision was largely based on concerns that the two shipbuilders’ market share would snowball into impregnable market domination after the merger.

However, it is unreasonable to evaluate or anticipate the level of market domination with just market share, it added.