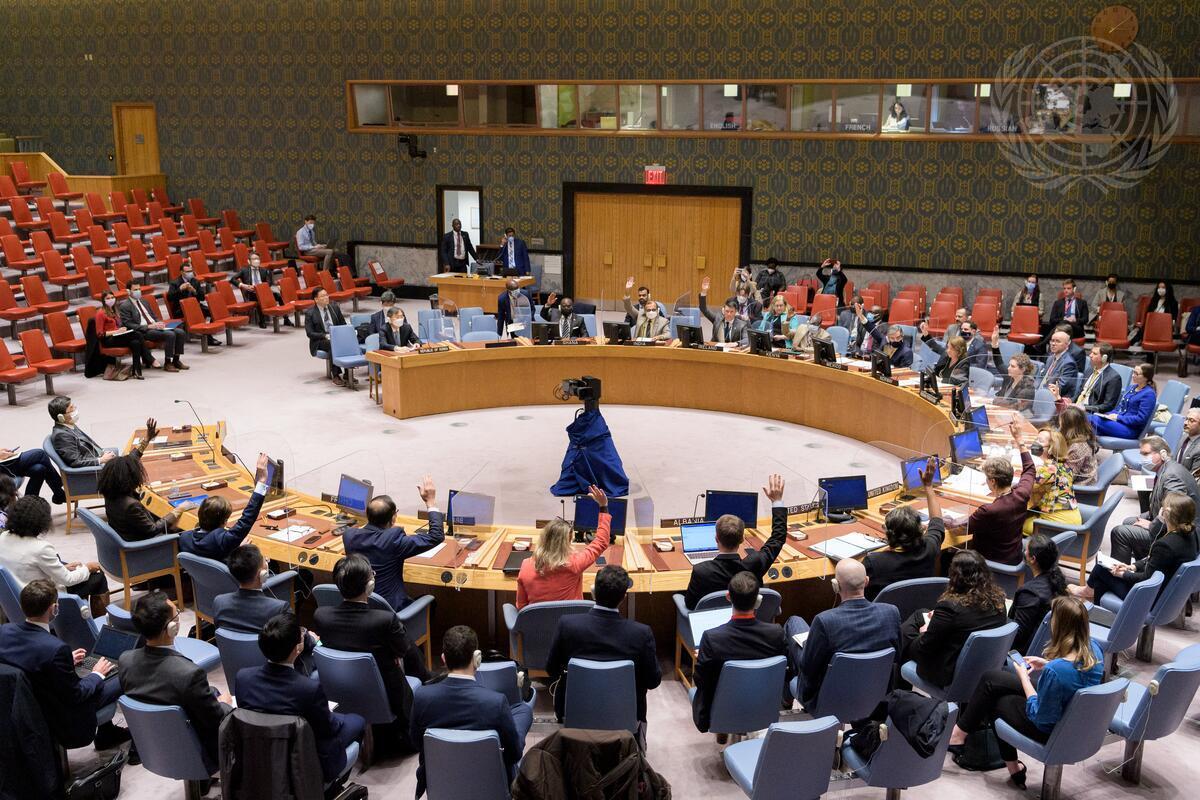 The US has continued clashing with China and Russia on how to stop North Korea from developing missile and nuclear programs and jump-start dialogue, notwithstanding Pyongyang’s launch of the purported largest intercontinental ballistic missile in four years.

The UN Security Council urgently held an open meeting on North Korea for the first time since 2017 on Friday afternoon at the request of the US, Albania, France, Ireland, Norway and the UK.

North Korea on Friday announced that it test-fired what analysts view as the world’s largest road-mobile and liquid propellant Hwasong 17 ICBM with a lofted trajectory from the Sunan airfield in Pyongyang the previous day.

But unlike 2016 and 2017, the Security Council’s 15 members once again failed to concur on taking concerted actions against Pyongyang’s full-scale ICBM, particularly at a time when the country expects to conduct additional launches of ICBMs and resume nuclear tests.

With endorsement from China and Russia, the UN Security Council unanimously adopted Resolution 2397 around three weeks after Pyongyang launched the Hwasong 15 ICBM in November 2017.

But this time, North Korea’s ICBM test-firing has crystallized the reality of the growing conflict among the US, China and Russia, which has been severely compounded by Russia’s invasion of Ukraine.

Although Pyongyang has fired 13 ballistic missiles just this year, the Security Council has failed to agree on and take unified measures especially amid the accelerating US-China feud.

In a nutshell, Washington sees the urgency of ramping up pressure and sanctions on Pyongyang, whereas Beijing and Moscow view that the Security Council should ease economic sanctions as reciprocal measures at this juncture to facilitate yearslong deadlocked nuclear negotiations.

US seeks to strengthen sanctions
At the UNSC’s public meeting, US Ambassador to the UN Linda Thomas-Greenfield on Friday said the Biden administration will “be introducing a Chapter VII Security Council resolution to update and strengthen the sanctions regime.”

“Now is the time to make these critical updates. So, I call on all my fellow Council members to approach the negotiations on a text constructively toward our shared goal of denuclearization,” she said, pointing out that Resolution 2397 stipulates that Security Council members will “take further action” in the event of an ICBM launch.

Thomas-Greenfield reiterated the significance of the UNSC’s “immediate” action and “unequivocal message” to North Korea as the country has “escalated its provocations with impunity while the Council has remained silent.”

The US ambassador elucidated that the recent track record of Pyongyang’s missile launches especially shows that “silence and sanctions relief does not work.”

“And it is clear that remaining silent — in the hope that the DPRK would similarly show restraint — is a failed strategy. We must pivot to a successful one,” she said.

Thomas-Greenfield publicly leveled blistering criticism at China and Russia for their silence and resistance to take countermeasures to the ICBM launch, which renounces a self-imposed moratorium on ICBM and nuclear tests.

China, Russia push to ease sanctions
In contrast, China and Russia unitedly and openly dismissed the US proposal to tighten economic sanctions on North Korea as an act of increasing tensions on the Korean Peninsula at the UNSC meeting.

Instead, the world’s two most powerful autocracies underscored that their draft resolution to ease sanctions on North Korea is “still on the table.” The proposal was resubmitted to the Security Council in October around two years after their abortive attempt to push for the analogous draft resolution in December 2019.

But Thomas-Greenfield directly refuted their repeated calls for easing sanctions.

“In light of these escalating provocations and a return to testing long-range systems, the purported impetus for the resolution is no longer valid,” she said.

China, Russia view US should act first
Chinese Ambassador to the UN Zhang Jun on Friday said that the US should “show its goodwill and take actions” first to “stabilize the situation, build mutual trust” and resuscitate nuclear negotiations.

“Regrettably, we see that with each passing day, the relevant party failed to take tangible actions in response to the DPRK’s legitimate concerns other than speaking about ‘talks without preconditions.’” The DPRK refers to North Korea’s formal name.

Zhang repeatedly underscored that the UNSC and the US should consider how to address and accommodate North Korea’s “legitimate security concerns,” accusing the US of deploying “strategic nuclear weapons in the surrounding areas of the Korean Peninsula, putting the DPRK’s security in serious jeopardy.”

“There is a reason why the situation has come to where it is today,” he said. “The crux of the matter is that the external security threats to the DPRK have persisted for decades, and their justified security concerns have remained unaddressed throughout the process.”

Echoing the view, Anna Evstigneeva, Russian deputy ambassador to the UN, argued that the UNSC has failed to take reciprocal measures with North Korea’s actions for the last four years, including the dismantlement of the Punggye-ri nuclear test site and its commitment to a self-imposed moratorium.

The UNSC, Evstigneeva said, “has only stiffened the restrictions, ignoring the positive signals coming from North Korea,” simultaneously pointing a finger at the US.

“We would like to remind our American colleagues that negotiations are a two-way avenue,” she said. “There is no point waiting for Pyongyang to disarm unconditionally when what it gets in return is threats to spiral up sanctions and unsubstantiated promises as guarantees.”

Liu Xiaoming, special representative of the Chinese government on Korean Peninsula affairs, and Russian Foreign Minister Sergey Lavrov had an “in-depth discussion on the Korean Peninsula situation and international issues of mutual concern,” according to China’s Ministry of Foreign Affairs.

Liu also held his first face-to-face talks with the deputy foreign minister and head of the Russian delegation to the Six-Party Talks, Igor Morgulov, and had an “in-depth and productive discussion on the situation in the Korean Peninsula.”