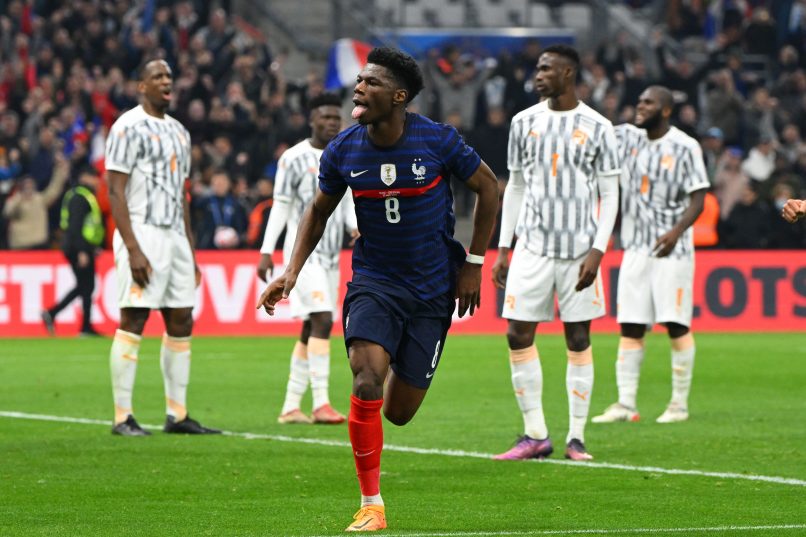 Following his impressive performance in France’s friendly match against Ivory Coast last night, Aurélien Tchouaméni spoke to the press, having scored his first goal with the national team.

“It’s just the product of work,” said the 22-year-old on his performance. “I try to stay calm. It’s true that what’s happening to me is great but as I’ve said since the start, I have different objectives and here, for example, scoring my first goal was an objective. Now we move on to something else.”

“The team and the staff help me a lot to show my mentality,” he continued. “That’s what makes me feel so good on the pitch. In the first half, we really attacked, which meant that on certain counter-attacks, Ivory Coast had the chance to break through. In the second half, we tightened up a bit and I think that we didn’t even concede a single chance. And at the end we were rewarded, it’s good.”