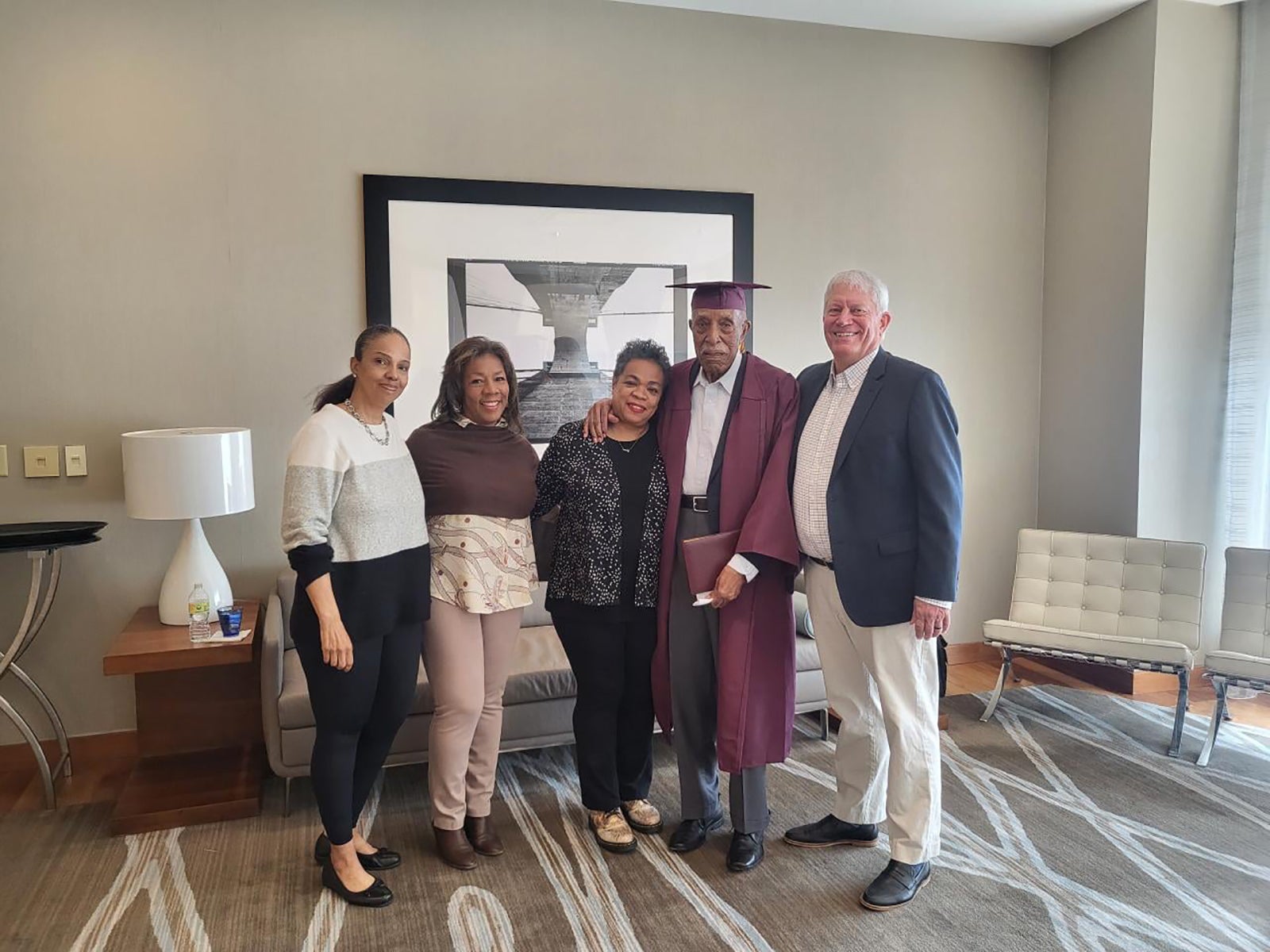 Cooper, 101, attended Storer College in Harpers Ferry, West Virginia, from 1934 to 1938, but dropped out during his senior year when his family relocated to Philadelphia for financial reasons, Jefferson County Schools said in a statement.

Storer College was established in 1865 to serve newly freed slaves in the wake of the Civil War, according to the US National Park Service. The school was one of the only educational resources for Black residents of West Virginia. It served more than 7,000 students before closing in the mid-1950s. At the college, Cooper studied Latin, biology, history, English, and mathematics.

In 2018, after a long and accomplished career in the transportation industry, Cooper visited the school, which is now part of Harpers Ferry National Historical Park. There, he expressed to family members his regret over not earning a diploma.

To help him realize his dream, his family reached out to park staff, who worked with local, regional and state partners to honor the centenarian with a ceremony and diploma on March 19.

“For Mr. Cooper, that meant receiving a high school diploma. We are honored to help make that dream a reality.”