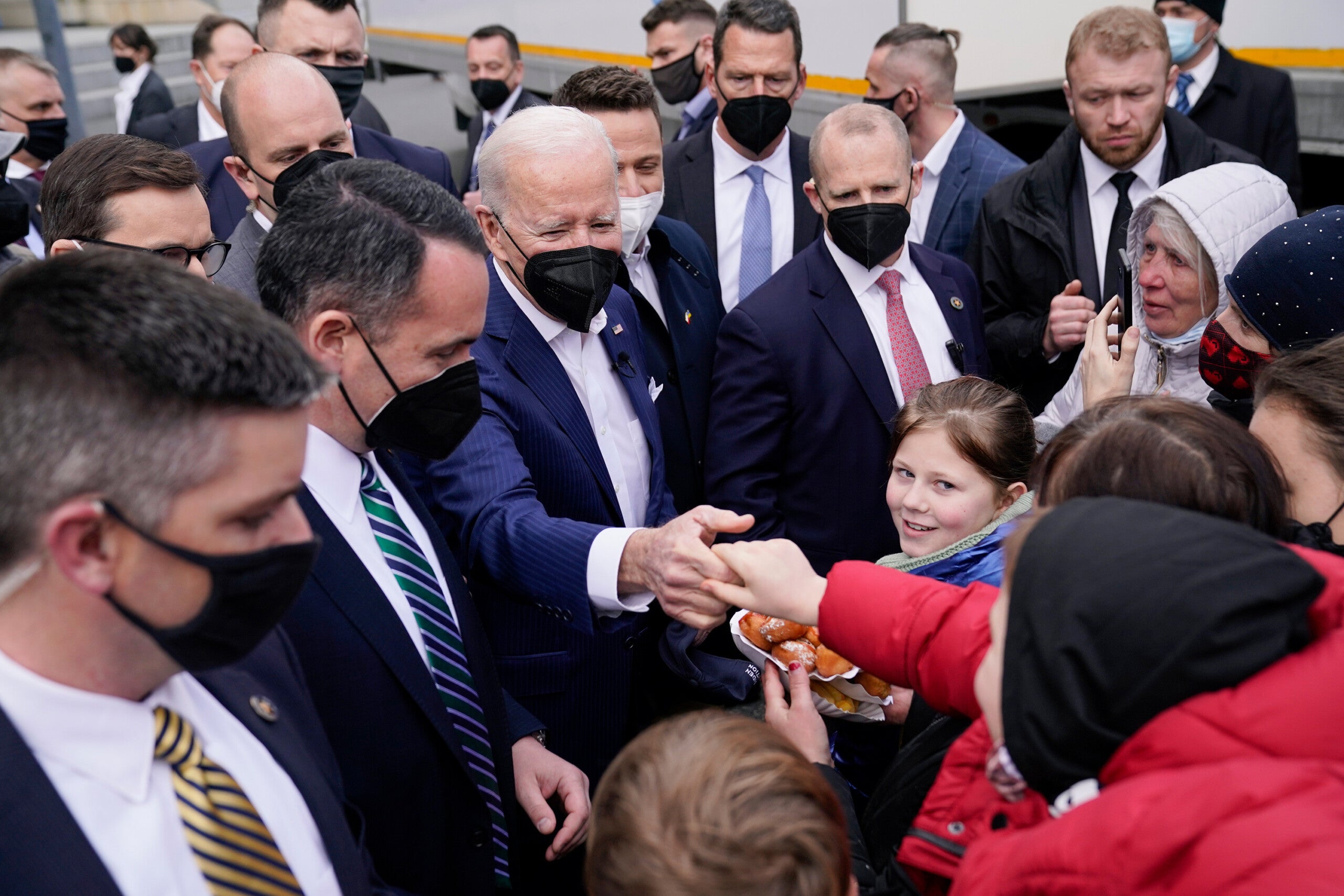 (CNN) — President Joe Biden on Saturday called Russian President Vladimir Putin a “butcher” after visiting with refugees in Warsaw, Poland, in an intense criticism of the Russian leader’s actions in Ukraine that have seen millions of refugees flee to neighboring countries.

During the visit, Biden was asked by reporters what seeing the Ukrainian refugees at Stadion Narodowy made him think of as he deals with Putin every day.

After initially looking to downplay a personal rivalry between himself and Putin, Biden has ramped up his rhetoric against Putin over the last 10 days. Last week, Biden for the first time called Putin a “war criminal” and then later referred to him as a “murderous dictator, a pure thug who is waging an immoral war against the people of Ukraine.” He’s also called the Russian invasion of Ukraine “inhumane.”

The US State Department on Wednesday formally declared that members of the Russian armed forces have committed war crimes in Ukraine. The decision to issue a formal accusation marked a significant step by the US government after weeks of declining to officially say that the attacks committed against civilians in Ukraine were war crimes. It remains to be seen, however, whether there will be any accountability for those accused of carrying out the alleged crimes, and whether Putin himself will be forced to bear any responsibility.

Biden’s latest comments about Putin came as he focused on the refugee crisis in Europe as millions flee their homes in Ukraine. The President met with chef José Andrés and other volunteers in Warsaw at a food distribution site for Andrés’ World Center Kitchen, the nonprofit devoted to providing meals in the wake of disasters. Biden met with some of the volunteers, some from Europe and some from the United States.

“God love ya,” the President could be heard saying to them and asking if he could help them.

More than 3.5 million refugees have now fled Ukraine, according to data from the United Nations refugee agency released on Tuesday. A vast majority of those refugees have fled to Ukraine’s western neighbors across Europe.

Poland, which borders Ukraine to the west, has registered more than 2 million Ukrainian refugees crossing into the country, though not all refugees who have entered Poland remain there.

During the brief question-and-answer session, Biden recounted how he had been to places like this in his life but said he is always surprised by “the depth and strength of the human spirit.”

He added, “Each one of those children said something to the effect, ‘Say a prayer for my dad or my grandfather or my brother who’s back there fighting. And I remember what it’s like when you have someone in a war zone. Every morning you get up and you wonder. You just wonder. And you pray you don’t get that phone call.”

The Russian military’s advances appear to have stalled around major Ukrainian cities such as Kyiv and Kharkiv, and a top Russian general says that the first phase of their invasion is over with the focus now moving to the eastern part of Ukraine. Russia has also failed to achieve air superiority in Ukraine and has suffered heavy losses of personnel since the start of the invasion.

“In general, the main tasks of the first stage of the operation have been completed,” Colonel General Sergei Rudskoy, first deputy chief of Russia’s General Staff, said in a Friday briefing. “The combat potential of the armed forces of Ukraine has been significantly reduced, allowing us, I emphasize again, to focus the main efforts on achieving the main goal – the liberation of Donbas.”

When asked about the Russians changing their military strategy in Ukraine, Biden said, “I’m not sure they have.”