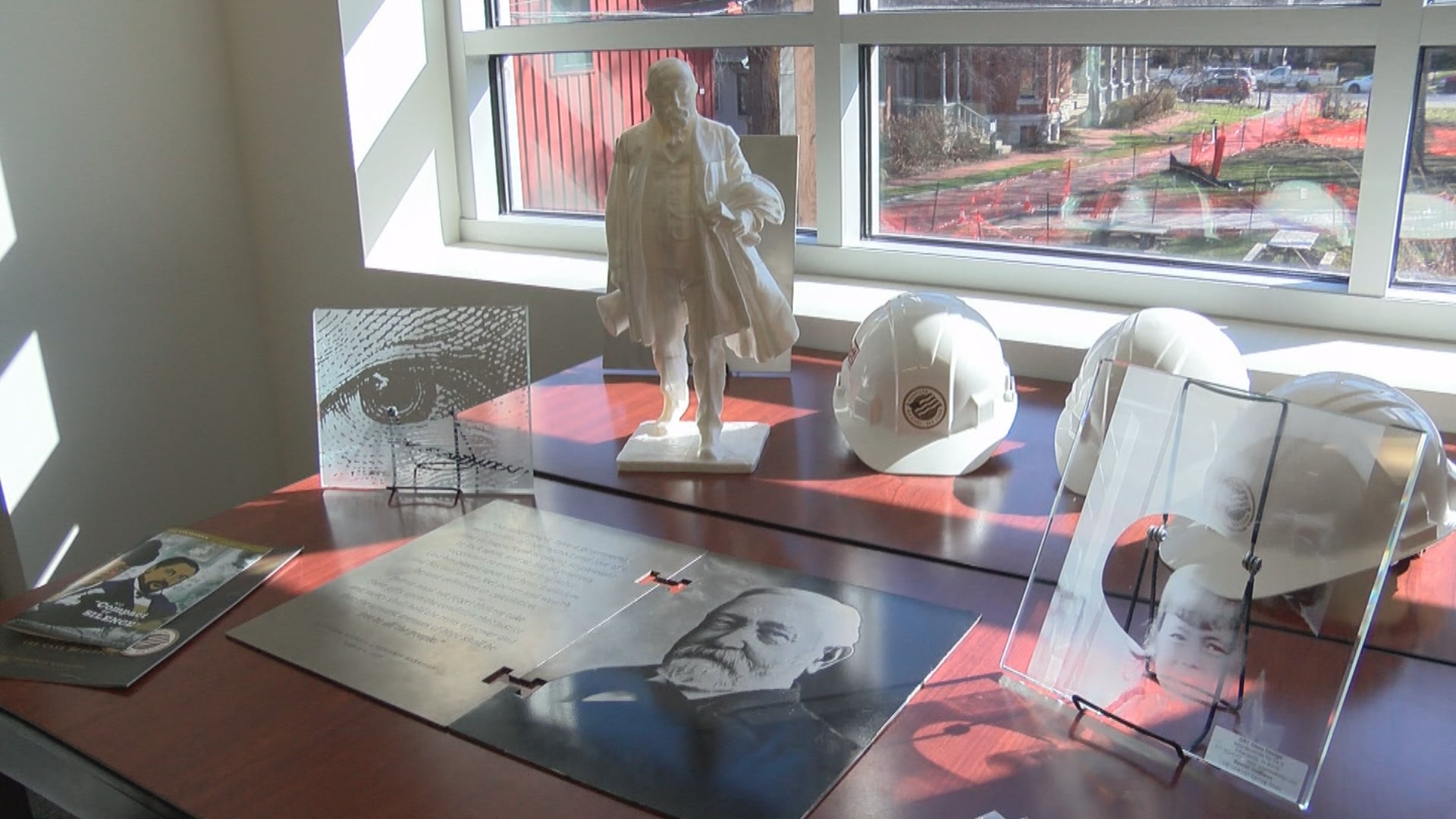 INDIANAPOLIS (WISH) — In-person naturalization ceremonies are set to start back up at the Benjamin Harrison Presidential Site as the coronavirus pandemic wanes, and renovations for its new Citizenship Plaza are just about done.

But, the site’s operators need a little help to add the finishing touches for the “Book of History.”

Since 2003, about 1,500 people have been naturalized at the site. To recognize them, representatives are adding a permanent feature. The names of those who give permission will be etched into the book to commemorate their final steps in reaching citizenship.

Gaining citizenship is a process eight years in the making.

Latoya Botteron became a naturalized citizen at the Benjamin Harrison Presidential Site in 2013.

“For those who are in process, I would tell them that it is worth it. The journey absolutely is worth it,” she said.

Citizenship brings a level of excitement, and she’s sharing that with her son and by sharing her name. She’s one of what could be 1,500 to add their names to the “Book of History.”

“It absolutely does and it increases the honor of being naturalized in a in a state and at the presidential site where he in 1895 was ahead of his time. And so to me, my naturalization here is sort of a testament to the work that he’s done,” Botteronsaid.

The $6 million Old Glory, New Vision Campaign is funding much-needed upgrades and add-ons at the site, including the Citizenship Plaza’s “Book of History,” a metal book with turning pages.

“That’s embracing all of these spaces and looking at it holistically as a way that we can make significant investments to our grounds,” said Charles Hyde, chief executive officer of the presidential site. “And looking at us as one of the top-rated attractions here in central Indiana, and a great cultural asset for the state and for the country.”

Since naturalization is a federal process, names can only be added to the book with permission. So, the site’s operators are asking people who are interested to let them know.

“So, what we’ve tried to do throughout this entire project is to to recognize the ways that we could make each of these faces serve the utmost purpose, and helping engage people in the idea of good citizenship,” Hyde said.

Botterson said immigrants have contributed significantly to America, and have earned their spot in history. “There is a lot of pride in that in the opportunity to be listed in the book.”