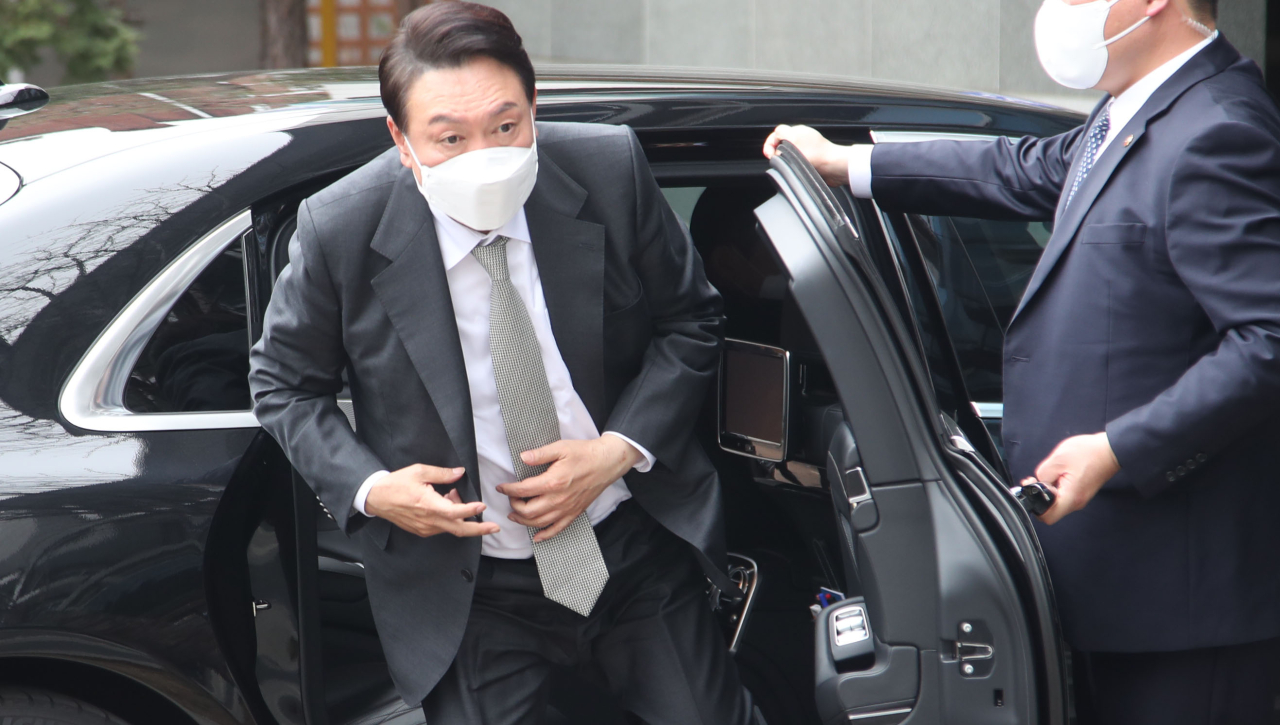 President-elect Yoon Suk-yeol said Friday that the government should think carefully before enacting tougher rules than needed on those who own multiple homes, a group that has seen a dramatic hike in their taxes imposed by the current Moon Jae-in government. Moon focused on heavier taxes and mortgage curbs.

“Some say we should carry on with crackdown on owners of multiple homes while others call for a return to market dynamics and let it run its course so those seeking homes find one when they need it,” Yoon said at a meeting where his transition team was briefed by the Land Ministry ahead of the May 10 inauguration.

The team is meeting with Moon’s ministries until next week to learn about their work done so far and work that needs to be done to deliver on Yoon’s campaign pledges, like cooling down one of the world’s hottest property markets.

“Behind the runaway home prices lies Moon’s policy that tried to go against the market fundamentals,” Yoon said.

Yoon, who does not usually attend such briefings because the team has chiefs overseeing them, called property policy important because the public is very much interested in seeing change.

And the change begins from seeking deregulation and finding more land to build houses on, according to Yoon, who noted that the task requires policymakers to think about the impact it would have to the larger economy when they put it in motion.

“I hope this meeting could address that,” Yoon said.