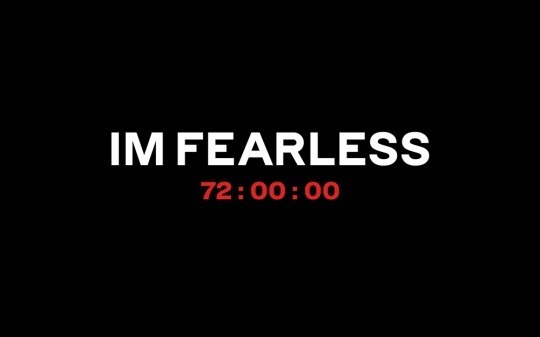 The first girl group to debut under hit entertainment company Hybe kicked off a countdown to its launch on Friday.

Source Music, an agency under the mega label, opened a web page that only said “IM FEARLESS” alongside a clock. A project begin on March 28 and run until the group makes its official debut in May.

The company announced earlier this month that it has signed Miyawaki Sakura and Kim Chaewon, formerly of IZ*ONE, as many speculated. Bang Sihyuk, chairman of Hybe, recently posted a picture taken with the two and said “Welcome!” on social media.

According to local media reports on Friday, the group will consist of six members, one trainee from Pledis Entertainment and two from Source Music as well as the two idols. The last member hails from Netherlands and was handpicked by the head of Source Music.

Twice sets another record in Japan

Twice topped Oricon’s weekly combined album ranking for the sixth time with its fourth best-of album in Japan, according to an announcement made on Friday.

The compilation album, dubbed “#Twice4,” was No. 1 on the chart and the band now holds the record for most chart-toppers on the tally.

In April, the nine-member act will hold a three-day concert at Tokyo Dome. In July, it will release a studio album in Japan.

Suho of EXO participated in writing the lyrics for all of the tracks from his forthcoming solo EP, according to his label SM Entertainment on Friday.

The EP, titled “Grey Suit,” consists of six songs including the title track. All of the songs are themed around time.

The veteran idol released his first solo EP “Self-Portrait” in March 2020 and topped iTunes top albums chart in 53 regions as well as a series of music charts at home and abroad.

In the meantime, EXO will celebrate its tenth anniversary with fans at a fan meet event in Seoul on April 9. Suho, Xiumin, DO, Kai and Sehoon will be at the event that will be livestreamed as well. The rest of the bandmates are serving their military duty.

Kang Minhyuk of CNBlue wrote a book of essays that was published Friday, according to agency FNC Entertainment.

In the book, the musician shares his thoughts on his everyday life.

“I hope you can find words or perspectives that can comfort you through this book as I did to myself,” he said in an interview that was uploaded on the publisher’s website. He will meet readers in person at an event scheduled for April 9.

Kang debuted as a member of the band in 2010 and also branched out to acting, appearing in a series of television dramas. The band celebrated its 12th anniversary last December.