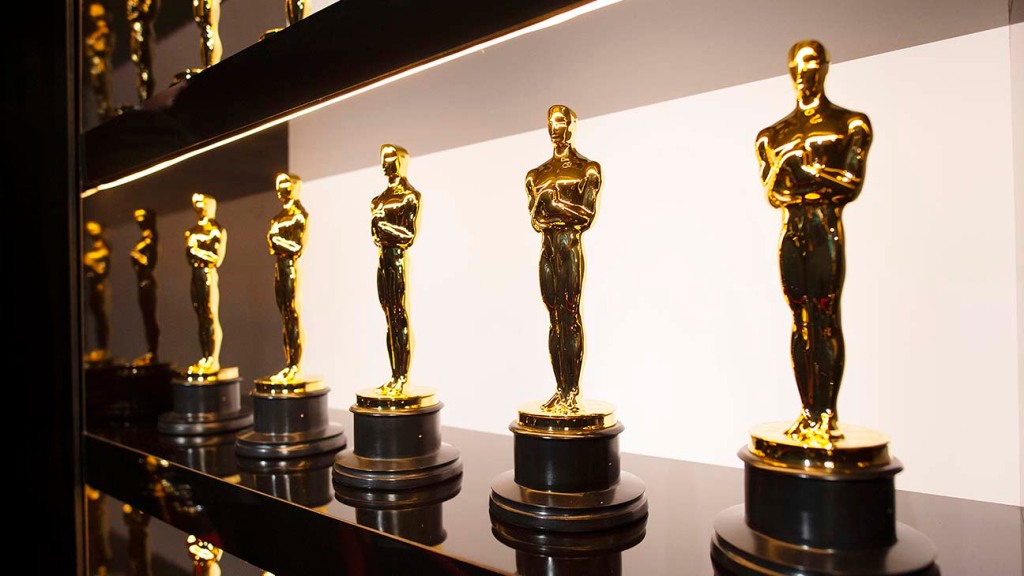 If you are ready for the 2022 Oscars and the glitz and glamour they bring, but aren’t among the attendees of the 94th Academy Awards in L.A. this Sunday, March 27, you can still catch the action.

As usual, ABC will be broadcasting the ceremony, hosted by Regina Hall, Amy Schumer and Wanda Sykes, in the U.S. But people living or traveling in other parts of the world also have various ways to watch the red carpet, awards presentations and acceptance speeches on TV or online.

For the second year in a row, China will not air the Oscars in another indication of the growing difficulties U.S. entertainment companies face in the world’s largest theatrical movie market. However, the Academy Awards ceremony will be shown in more than 200 territories around the globe.

Here’s The Hollywood Reporter’s guide to where the Oscars will be airing in select international markets. For the full roundup of international broadcasters showing the ceremony, the Academy has a list here.

CTV is Canada’s perennial go-to for the Oscars telecast, which remains, along with the Super Bowl, among the highest-rated TV shows of the year in the country. This year, Hollywood’s biggest night will again receive blanket coverage via national network CTV and its CTV.ca app, starting before primetime.

The action starts at 5:30 p.m. ET with eTalk Previews The Oscars 2022, which will feature interviews of key Oscar contenders. At 6:30 p.m. ET, the red carpet arrivals coverage starts with ABC’s The Oscars Red Carpet Show.

At 8 p.m. ET/5 p.m. PT, CTV and its digital apps will air the 94th Academy Awards ceremony itself live, using the ABC feed. That will be followed by an eTalk aftershow, which is set to include viral moments from the Oscars and coverage of afterparties.

With such big British names as Benedict Cumberbatch, Judy Dench, Olivia Colman and Kenneth Branagh nominated for Academy Awards, along with Irish star Jessie Buckley, and Branagh’s Belfast getting seven noms, film buffs across the Atlantic have various categories with homegrown contenders to look forward to.

Comcast-owned European pay TV giant Sky once again holds the exclusive rights to the big awards ceremony and will be kicking off its coverage at 11 p.m. local time with Oscars Night Live on Sky Max, Sky Showcase and Sky Cinema Select after an hour of red carpet action on E! The ceremony itself will be shown from 1 a.m. on Sky Showcase and Sky Cinema Select.

A highlights show will then air on Monday at 7 p.m. local time on Sky Cinema Select, as well as at 10 p.m. on Sky Max and Sky Showcase.

Germany’s long-standing network home for the Academy Awards, ProSieben, will again be carrying the Oscars, with a live red carpet show starting at 11:10 p.m. local time on its linear network, accompanied by a livestream on the ProSieben website and on the network’s streaming service Joyn.

French pay-TV network Canal+, part of media conglomerate Vivendi, will again exclusively offer up the 94th Academy Awards in France on its linear network and online. With the nine-hour time difference between France and Los Angeles, French film fans have in the past also enjoyed the replay of the big awards night offered by Canal+ later on Monday.

Just like in the U.K., Sky is the answer for people in Italy who don’t want to miss the Oscars. Pay-TV network Sky Italia, owned by Comcast, will carry the ceremony on its linear channel and on its Now streaming service.

Spanish pay-TV network Moviestar+ is, once again, the go-to destination for fans curious to see who will get the coveted Academy Awards statuettes, or simply watch the celebrities, fashion and all things Hollywood that the ceremony serves up.

Unlike in other Southern European countries where commercial operators are the home of the Academy Awards, public broadcaster RTP will, once again, air the Oscars live in Portugal.

Long-standing Dutch Oscar home Fox has dropped the ceremony this year, but digital channel Filmbox has stepped into the breach and will carry the awards show in the Netherlands. For the big night, Filmbox will also be available to most cable and pay-TV subscribers, including customers of pay TV giant Ziggo, Canal Digitaal, Delta, Caiway, Plinq, SKP and Online.nl.

Public broadcasters are, meanwhile, gearing up to bring the Oscar fun to Scandinavian audiences. In Sweden, TV4 will serve up the 94th Academy Awards ceremony, kicking off live at 2 a.m. local time. Meanwhile, public broadcaster TV2 is again the place for all things Oscars in Denmark.

AT&T-owned WarnerMedia’s TNT will air the Oscars extravaganza live from 8 p.m. ET on its branded channels across the region. However, coverage will kick off with the pre-show Punto de Encuentro at 4:30 p.m. local time in Mexico, 5:30 p.m. Colombian time and 7:30 p.m. local time in Argentina and Chile, with Lety Sahagún and Axel Kuschevatzky on the red carpet doing celebrity interviews.

In South Africa, the Academy Awards will once again air live on pay-TV giant DStv’s M-Net channel M-Net Movies 1 in the early hours of Monday local time. For those who don’t want to stay up all night, however, the star-studded awards ceremony will also get a replay at 9:30 p.m. on the main M-Net channel.

Premium cable operator Wowow, which has carried the Academy Awards ceremony in the country since 2000, will once again air it on its Prime channel. Wowow’s broadcast will begin with live red carpet coverage at 7:30 a.m. Monday morning local time, followed by a repeat at 10 p.m. for those who didn’t catch the winners and speeches live. With Ryûsuke Hamaguchi’s Drive My Car contending for four Oscars, members of the Japanese film industry will be among those in the country interested in seeing how it does on the big awards night.

TV Chosun, a cable network operated by one of South Korea’s major newspapers, will air the Oscars live for the fourth year running, with the coverage beginning at 8 a.m. local time. This year, however, TV Chosun is sharing the rights with CJ ENM’s cable movie channel OCN, which will offer a simultaneous broadcast.

In Singapore, the big Hollywood awards show of the year will be livestreamed on meWatch and Channel 5, beginning with red carpet coverage at 6:30 a.m. local time on Monday, with the main proceedings kicking off at 8 a.m.

Disney’s Star India will air the Oscars on its Star Movies, Star Movies HD and Star World channels live at 5:30 a.m. on Monday. The coverage also will be streamed live on Disney+ Hotstar. A primetime repeat will be available on the same channels later in the evening.

Channel 7, and its 7plus streamer, is the Oscars’ established home down under, with the outlets taking over from Nine Network a few years ago. The ceremony starts around 12 p.m. local time on Monday, with a primetime encore at 9:30 p.m. For red-carpet coverage, four-time Emmy-nominated actress Laverne Cox will host Live From E!: Oscars 2022 beginning at 8 a.m. on E! (channel 121 on Australia’s Foxtel). The red carpet coverage will also encore on E! that night at 7:30 p.m.

Regional pay-TV network OSN once again has the rights to the Oscars, bringing the ceremony to local fans in the early hours of Monday on its OSN Movies channel. In the United Arab Emirates (UAE), red carpet coverage begins at 12:30 a.m. local time on Monday, while in Saudi Arabia, it kicks off at 11:30 p.m. local time on Sunday. The ceremony itself starts at 3 a.m. in Saudi Arabia and 4 a.m. in the UAE.