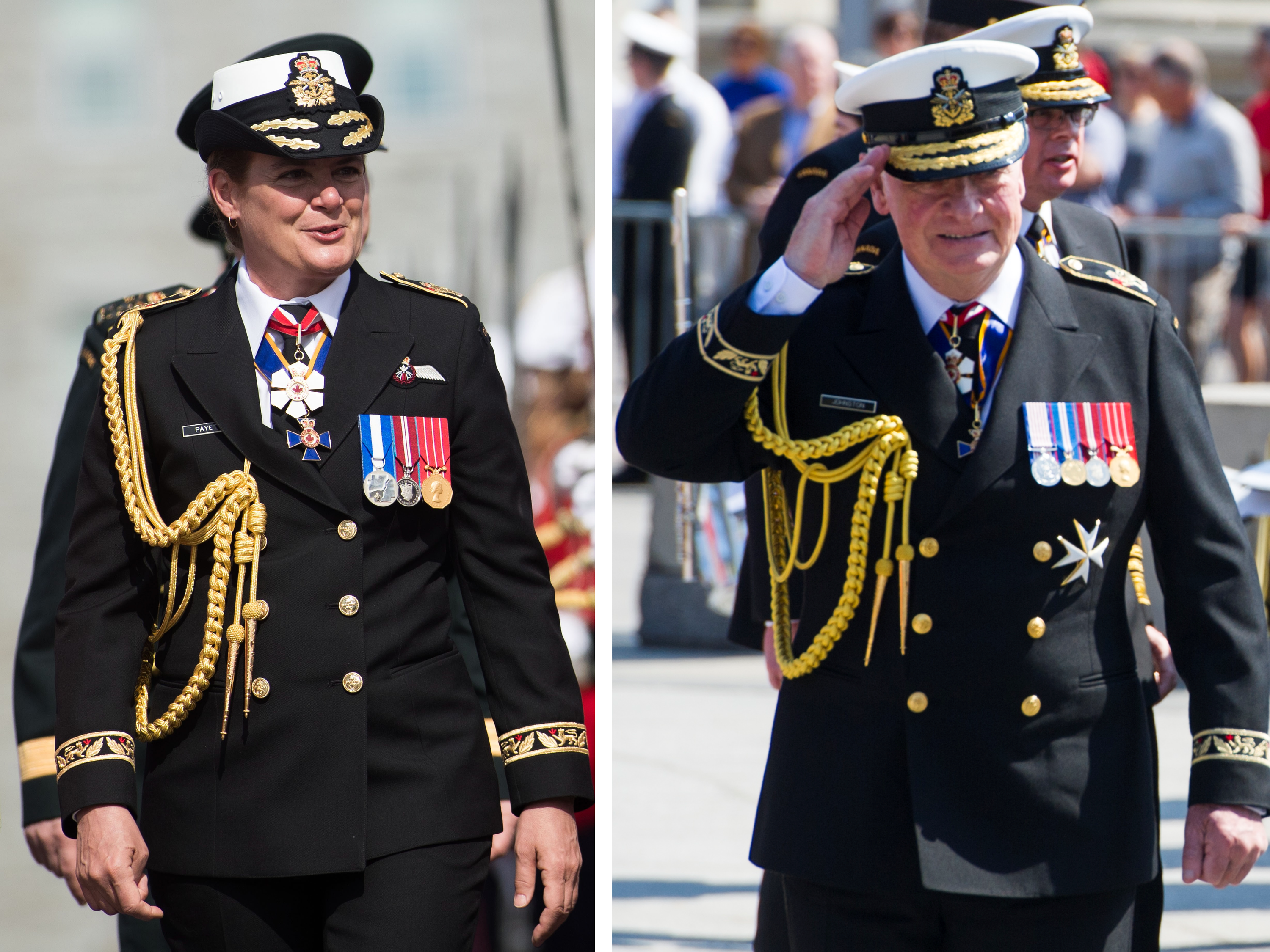 As the Canadian Armed Forces tries to boost its recruitment alongside an anticipated surge in military spending, military brass has announced that they are adopting a “gender neutral” dress code in a bid to seem more inclusive. But how gendered was the dress code in the first place? The National Post broke open the official dress instructions to find out.

Compulsory nylons and heels got phased out a few years ago

When women first entered the Canadian Armed Forces as auxiliaries around the time of the Second World War, they were given dress uniforms that were as feminine as militarily possible: Skirts, heels, nylons and (usually) a poufy cap. Women have been able to opt for pants for some time now, but it was only in 2019 that the Department of Defence allowed women to wear flats and show up on a parade square with bare legs. The switch away from heels was particularly notable, as it allowed women to drive while in uniform. Reportedly, one of the other reforms considered at the time was to adopt a uniform skirt that was “slimming in cut and shorter” in order to convince more style-conscious women to join the forces. But that particular suggestion never left committee.

In the navy, at least, the most conspicuous gender-based difference in the uniforms lies with the cap. When Governor General David Johnston put on his uniform as Commander-in-Chief of the Royal Canadian Navy, he wore a peaked cap. When the current Governor General, Mary Simon, does it, she wears a “bowler” cap.

Starting five years ago, women were given the option to request a “peak cap” if they desired – but the option only goes in one direction. If you’re a man who wants to sport a bowler cap for a change, you’re out of luck.

There will likely still be men and women’s sizing

All the dress committee meetings in the world can’t alter the fact that men and women have different body shapes, so any gender-neutral dress code will likely still have to account for differences in men’s and women’s sizing. But if the example of the Canadian Coast Guard is any guide, service members won’t be able to refer to it as such. Starting in 2020, the Coast Guard introduced gender-neutral uniforms that abandoned the moniker of “men’s” and “women’s” in favour of “Style A” and “Style B.”

Women get a bit more leeway on the jewelry and hair

If you’re a man in uniform, you’re allowed to wear a wrist watch, a Medic Alert bracelet, a wedding ring and a tie clasp; that’s it (although if you’re an engineer you can get away with wearing your iron ring). Women, however, are allowed to wear earrings – a privilege explicitly banned for men. “Male personnel shall not wear earrings or ear-sleepers on the ears while in uniform or on duty in civilian clothes,” reads the dress instructions. A similar standard exists when it comes to hair; men are simply ordered to keep their hair short, while women can sport braids or buns. Of course, there are exceptions (which would presumably expand under a gender-neutral dress code). If you’re Aboriginal you can wear your hair in braids provided they’re “styled conservatively and tied tightly.” And Sikh men have a green light to wear their hair at whatever length, provided it all ends up under a turban.

No makeup for the men

The Canadian Armed Forces got criticized three years ago for a recruitment ad featuring a woman asking “can I wear makeup while in uniform?” The answer, however, is yes. “Women may wear make-up for cultural reasons,” states the official instructions. But men — unless they are donning makeup for reasons of camouflage — are given no such instruction. So, again, any truly gender neutral dress code would presumably have to extend makeup privileges to the males. Of course, any makeup would still need to be applied “conservatively.” The Canadian Armed Forces explicitly bans “false eyelashes, heavy eyeliner, brightly coloured eye shadow, coloured nail polish” and “bright or vivid lipstick.”

If you’re deployed to a war zone, flight suits and combat fatigues are loose enough that service members only need to worry about finding something that fits, and the sizes get small enough that even the most petite women can usually find a helmet and a set of combat boots. This has actually been the case for some time; when Canadian women during the Second World War were deployed to operate anti-aircraft guns, they similarly wore tunics and helmets that were indistinguishable from the males.

The only exception appears to be the navy, who still wants you to be shot at while wearing something tastefully sex-specific. Specifically, the current designations for “tropical shipboard” operational dress still designate slightly longer shorts for the women, as well as a different cap.