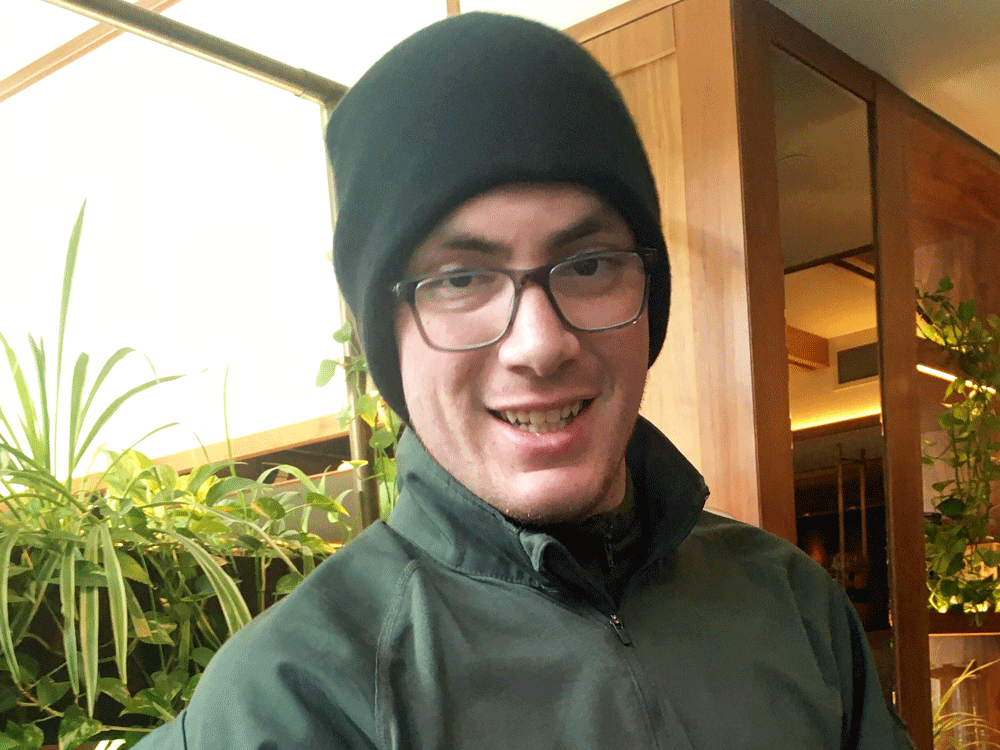 The hundreds of Canadians streaming into Ukraine to help battle the Russian invasion have suffered their first casualty of the conflict.

Hunter Jaxon Francis, a former infantry soldier from New Brunswick who volunteered to fight for the beleaguered country, was injured in a missile attack on a training base near the Polish border. About three dozen people were killed in the barrage early Sunday.

“I got hit last night in an airstrike,” Francis wrote on his Facebook page. “A lot of people were killed. Over 35 as of now. I’m coming home.”

But Chris Ecklund, whose newly formed organization fightforukraine.ca has been helping him, said the volunteer soldier suffered “superficial” wounds and is receiving medical assessment and treatment in another country. Ecklund declined to name him for security reasons, but Francis has been posting publicly on Facebook about his experiences.

He seemed to have been very close to one of the explosions, as his passport and other identification documents were destroyed, said the Hamilton, Ont., businessman and philanthropist.

Ecklund said the Canadian initially did not even want to obtain medical help but was eventually convinced to get checked out. He was planning to return to Canada soon after that.

Global Affairs Canada spokesman Jason Kung said the department is aware of a Canadian injured in the missile strike.

“Consular officials are in contact with the individual and stand ready to provide assistance,” he said, declining to elaborate for privacy reasons.

Francis indicated on Facebook that news reports had under-estimated the death toll from the incident, suggesting there were “a few more than 35.” He described it as “insane carnage.”

Ukrainian authorities say Russian jets fired as many as 30 cruise missiles at the Yavoriv base, which is where Canada and other NATO countries had been training local soldiers until shortly before the invasion began on Feb. 24. Canadian Forces members had already left the International Peacekeeping and Security Center and moved across the border into Poland when the war started.

It appears, though, that some of the international fighters who have arrived in Ukraine over the last several days had been receiving training there recently.

The Canadian man, who’s from Eel Ground First Nation in Miramichi, N.B., posted videos that show some of the aftermath.

One depicts rubble from damaged buildings, a burned out car, a fire raging near a sports field and a massive crater of about 10 metres deep.

The other shows mangled metal debris and a building with most of its façade blasted away.

The Canadian told the Agence France-Presse news agency in Warsaw earlier this month that he was a former infantry soldier but had not been to Afghanistan and had “no formal combat experience.”

“Everyone I’ve told said I’m insane,” Francis admitted to AFP. “You’ve gotta be insane to voluntarily walk into a warzone.”

“No-one likes to do this stuff…. I’m just doing what needs to be done. Someone’s gotta do it. That’s been my mentality my whole life.”

He said he thought “constantly” about what might happen but professed to not be afraid.

“It’s war. If I catch a bullet over there, I catch a bullet. So be it,” he told the wire service. “I know what I’m getting myself into but I wouldn’t be able to sit back and watch all this on Facebook and not help — with the skill-set that I have.”

Ecklund said his group has people in the region to help out in such situations and is in the process of establishing a support network for families and a system for repatriating the remains of any Canadians who are actually killed.

He’s also talked to Global Affairs Canada about making sure that all the Canadians who travel to Ukraine to fight are registered with the government.

As of late last week, about 550 Canadians had joined the International Legion for the Territorial Defence of Ukraine, a force set up by Kyiv to organize the arriving foreign fighters. They even have their own unit, called the Canadian Ukrainian Brigade and their own arm patch.

Ecklund said 130 Canadians, including Francis, had gotten involved through his group’s website, with “dozens” more volunteering every day.

And others travel to Ukraine on their own, making it even more difficult to track their movements, he said.

“They pack their bags … and all of a sudden they’re in theatre. And we don’t know where they are…. We have to make sure everyone is taken care of.”