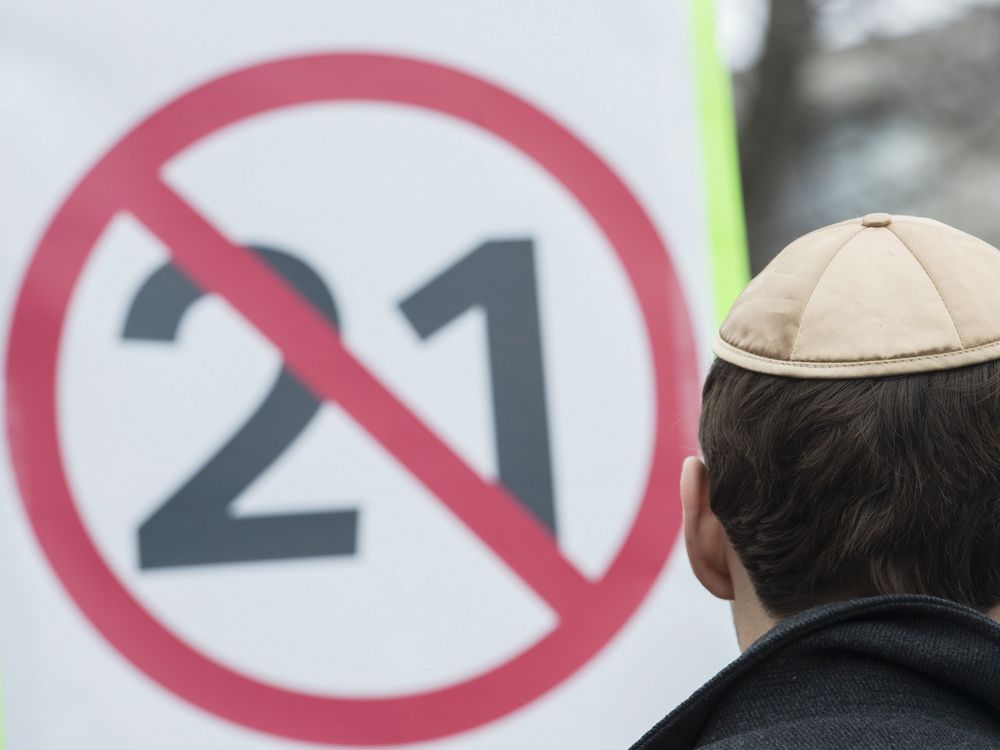 The ability for Ontario’s municipal councils to financially support an out-of-province legal challenge may soon find itself before an Ontario judge.

A notice of application filed last week in Ontario Superior Court aims to quash a Dec. 16 Toronto city council motion pledging $100,000 towards a joint legal challenge against Quebec’s Bill 21 — one of a handful of municipal councils that answered calls to contribute money to the cause.

The challenge was filed by Toronto resident Louis Labrecque — a move his lawyer Asher Honickman said wasn’t intended to be a judgment on the merits or morality of Bill 21.

“The legal issue in this case, whether one city is allowed to spend taxpayer money to fund litigation, and in another province,” Honickman said.

His client’s goal, Honickman said, is to convince the court that Toronto’s decision to financially support the challenge is beyond council’s jurisdiction, and the resolution passed by councillors amounts to an illegal bylaw under both Ontario’s Municipal Act and the City of Toronto Act.

Labrecque’s application argues council’s decision to fund the contribution at a later date through the city’s 2021 operating budget constitutes a bylaw under provincial law — one the application claims was not passed for any municipal purpose.

“As a Quebec statute, Bill 21 does not engage, affect or limit the rights and freedoms of Torontonians,” the application reads.

“The Ontario Legislative Assembly has not enacted equivalent or similar legislation.”

Adopted by Quebec’s provincial legislature in June 2019, Bill 21 prohibits provincial civil servants who work in “positions of authority” — including Crown prosecutors, public school faculty and sworn peace officers — from wearing any religious symbols while on duty.

The invocation of Section 33 of the Charter of Rights and Freedoms — the so-called “Notwithstanding Clause” — has been largely successful in shielding the bill from provincial court challenges.

Quebec Superior Court Justice Marc-André Blanchard ruled last April that portions of the law do indeed violate the Charter, but said the notwithstanding clause leaves courts with little recourse.

Blanchard’s ruling did, however, exempt the province’s English school boards from being bound by Bill 21 — but an appeal court decision last November compelled obedience of the law until arguments are heard in court.

We can’t allow the defense of the Charter & the foundational value of religious freedom to be on the backs of racialized communities against a provincial gov’t with unlimited legal resources.

If Canada’s big Cities can fund the #Bill21 challenge then we level the playing field. pic.twitter.com/XLPnhyvN6m

That was followed closely by an open letter from Brampton Mayor Patrick Brown, urging his counterparts across Canada to follow suit.

Toronto council was among the first to answer Brown’s call, unanimously passing a motion that week matching Brampton’s $100,000 donation.

“Council made it very clear that Toronto stands with municipalities from across Canada in opposition to Bill 21 and in support of the legal challenge against this bill,” said Toronto Mayor John Tory in a statement  issued after council passed the motion.

“We cannot simply stand by as Torontonians and Canadians and see a law like this diminish the protection and respect accorded religious and other basic freedoms by our Canadian Charter of Rights of Freedoms.”

Brown’s call for action resonated only within a handful of Canadian council chambers, with only London, Ont., matching Brampton and Toronto’s $100,000 pledge.

Despite ringing endorsements from newly minted Calgary Mayor Jyoti Gondek, the motion eventually put before council made no mention of a financial donation — with some councillors expressing concern over using city dollars to support the challenge.

In January, the City of Mississauga — the immediate municipal neighbour to both Brampton and Toronto — spoke out against the bill but expressed reservations about using city coffers to fund the challenge, a position reflected by other big-city councils including Hamilton, Vancouver, Edmonton and Halifax.

Other cities, including Victoria, B.C., and Kingston, Ont., voted to financially support the challenge, but at amounts under $10,000.

Winnipeg city council voted to permit lawmakers to use discretionary funds to support the challenge, while Peterborough, Ont., affirmed council’s opposition to Bill 21 by donating $10,000 to its own diversity initiatives.

Ottawa city council was supposed to debate offering support last month, but the motion was among city business put on hold during the state of emergency triggered by the Freedom Convoy.