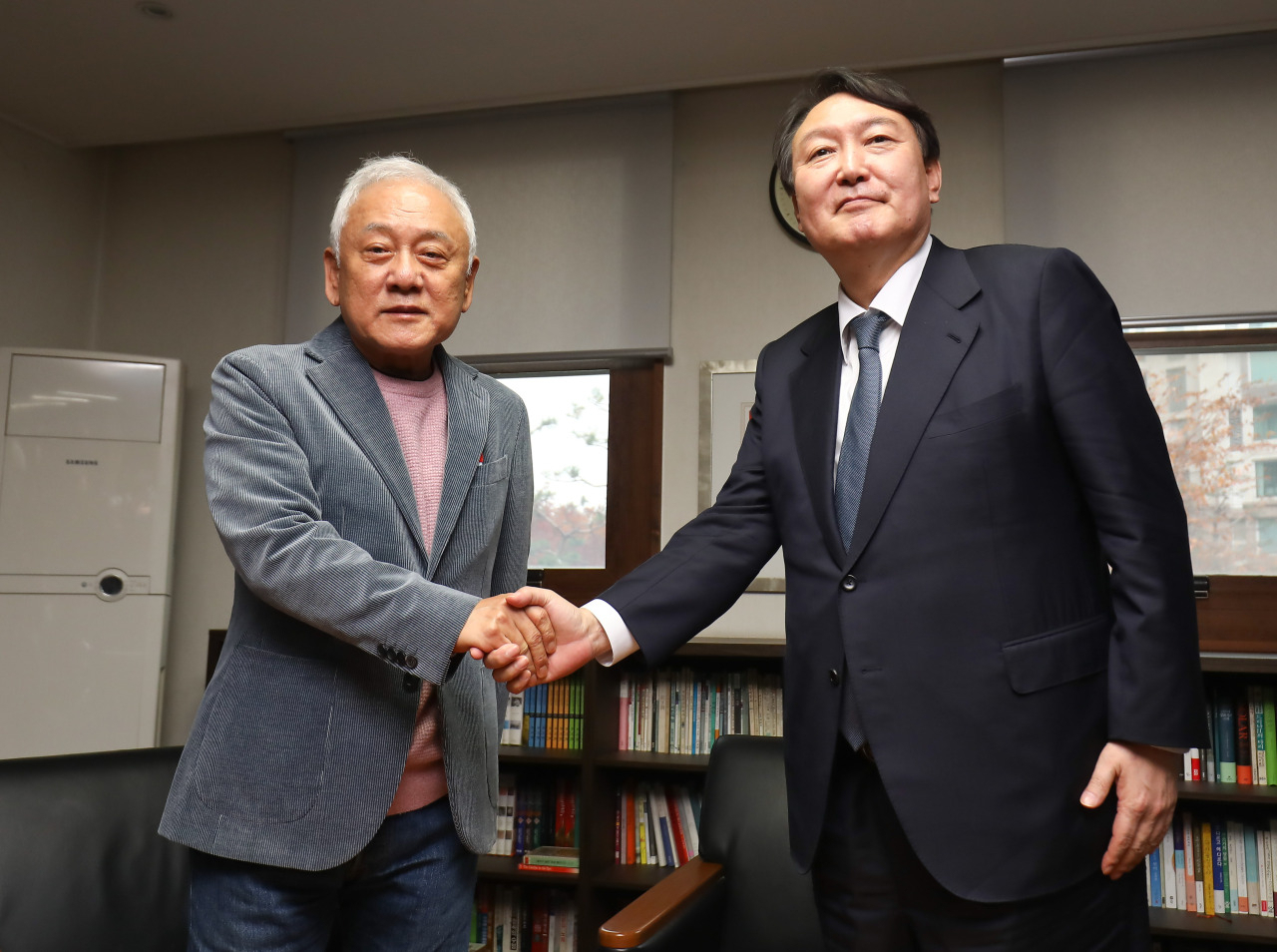 Kim Han-gil, former head of the Democratic Party, will lead the national unity committee, while Kim Byong-joon, former interim head of the Liberty Korea Party, a predecessor of the People Power Party (PPP), will head the committee on balanced development.

Both worked for Yoon’s campaign.

“Kim Han-gil is a person who can put together generations and social classes, and achieve national unity,” Yoon said. “Kim Byong-joon has experience and expertise on municipal power, and is expected to draw a big picture for balanced regional growth.”

Their appointments came a day after Yoon named Ahn Cheol-soo, his candidacy merger partner, as the chairperson of the transition team.

The transition team will be comprised of seven standing subcommittees, in addition to three special committees on national unity, balance development and the COVID-19 pandemic.

Yoon, set to take office May 10, plans to name other committee members later this week. (Yonhap)