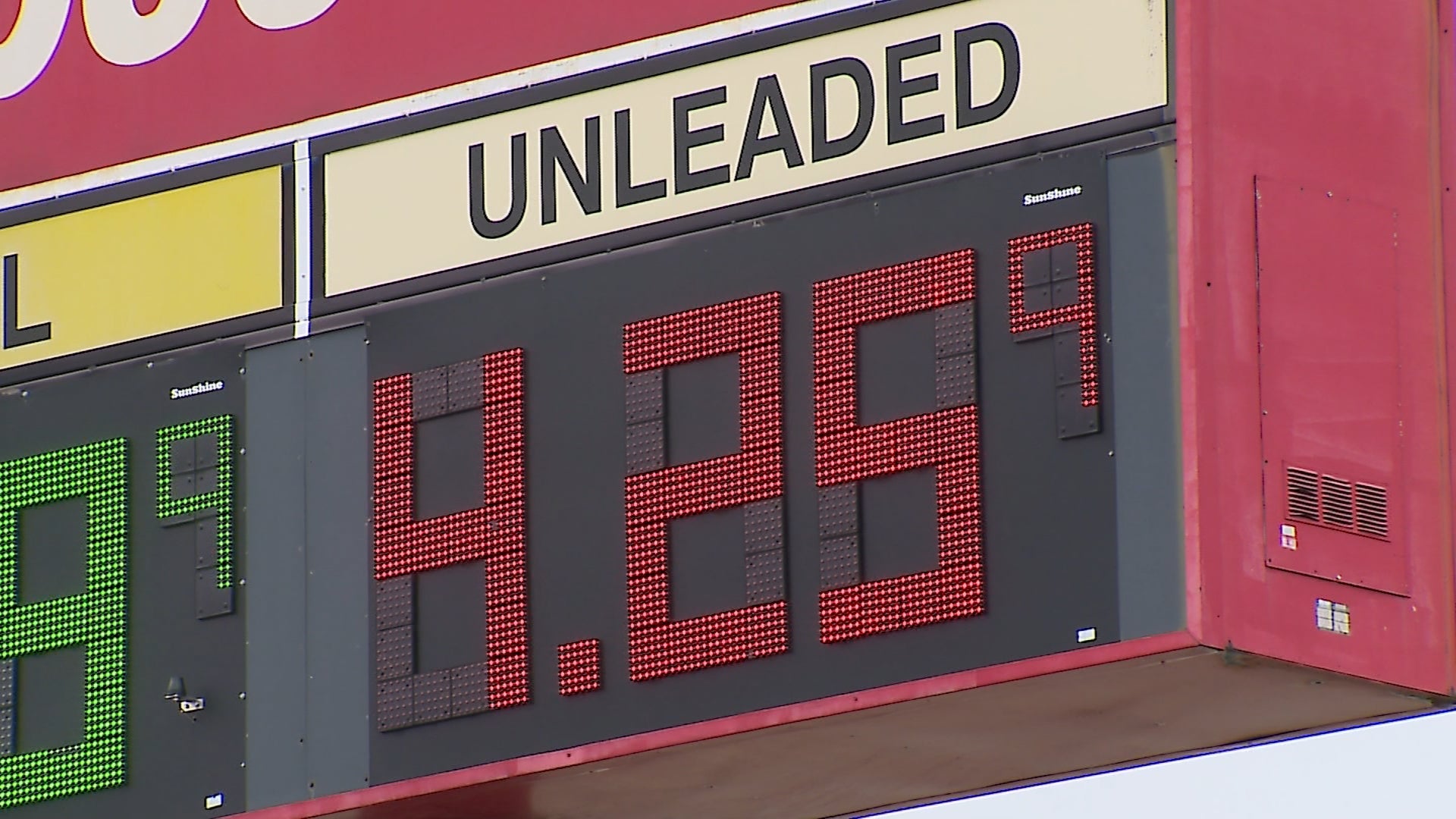 (CNN) — There’s pain at the pump for American drivers as US gas prices soar to record highs.

Although the United States barely uses Russian oil, Russia’s invasion of Ukraine is still a big factor in the gas-price spike — among other reasons.

Confused? We’ll walk you through it.

So why is Russian oil affecting the US?

Most of Russia’s oil goes to Europe and Asia. But the key here is to think about the oil supply globally, rather than the US specifically. The commodities world is a heavily interconnected one, and oil is priced through a global market. So what happens in one area of the world can affect another.

The problem at hand is that Russia is one of the world’s biggest oil suppliers. In December, for example, Russia sent nearly 8 million barrels of oil and other petroleum products to global markets, including 5 million barrels of the crude oil that’s used to make gasoline among other items.

And yes, it’s true that very little of that Russian supply goes to the United States — just 90,000 barrels of crude oil per day in December, according to the most recent US government statistics.

But remember that oil is bought and shipped around the world through a global commodities market. So in that sense it doesn’t really matter who specifically is getting crunched by the loss of Russian oil, because lower supply affects those global prices no matter what. And as we know from Econ 101, when there’s less supply of an item in demand, prices rise.

For example, if Europe buys less Russian oil, it will have to replace it with oil from somewhere else — perhaps from the powerful Saudi Arabia-led Organization of the Petroleum Exporting Countries. That increase in demand for OPEC oil will send its crude prices higher. And guess who else buys hundreds of millions of barrels of OPEC oil?

You guessed it: the United States.

Why is there less Russian supply, anyway?

At first the West, including the US, exempted Russian oil and natural gas from the sanctions they levied. The Biden administration reversed course on that on Tuesday, banning Russian oil and other fuel imports to the US, while the UK said it will phase out Russian oil imports by the end of the year. (The EU is in a tougher spot on this, because they’re far more dependent on Russian oil.)

But the initial lack of formal bans didn’t really matter in terms of prices anyway. There’s been a de facto ban on Russian oil since the invasion began, with most of the country’s supply sitting unsold.

That’s because oil traders are incredibly nervous to touch the stuff. There’s a ton of uncertainty about buying Russian oil, whether it’s about the ability to close deals given the sanctions on Russia’s banking system, or finding tankers willing to go to Russian ports amid shipping dangers in the war zone.

As a result, the main type of oil that Russia exports into Europe is being offered for sale at a major discount because nobody wants it. JPMorgan recently estimated more than 4 million barrels per day of Russian oil has been effectively sidelined.

So investors are essentially pricing oil as if Russia’s supply isn’t available at all. And again, less supply = higher prices.

Why can’t other countries pump out more?

Good old Covid strikes again. Nobody wanted oil in general in spring 2020, when global stay-at-home orders meant nobody needed to gas up and get to the office. With demand cratering, oil prices did too — even briefly trading at negative prices.

In turn OPEC+ heavily cut production to support prices. And they’ve kept production targets low since then, only gradually adding back production, even when demand for oil and gasoline bounced back sooner than expected.

Guess who’s part of OPEC+? Russia. So yeah, OPEC+ isn’t rushing to the rescue. The Saudis have made crystal clear for months, even before the invasion, that the group doesn’t plan to open up the oil taps anytime soon.

That iron resolve may or may not be cracking, however. In one confusing development this week, the United Arab Emirates’ ambassador to Washington told CNN that the country wants to increase oil production and will encourage its partners in OPEC+ to do so. But later the UAE’s minister of energy and infrastructure tweeted that the nation will to stick to its OPEC+ agreement and gradually raise production.

And then, the Iraqi oil ministry said its leaders met and agreed its OPEC+ partners should balance supply and demand to stabilize the market. At this point, who knows.

Why can’t US oil companies ramp up production, then?

Russia was the No. 2 oil producer in the world in 2021, pumping out 9.7 million barrels a day — but the US is No. 1 with 10.2 million. American companies don’t abide by those OPEC-style, nationally mandated production targets. But US oil producers can’t or won’t fill the supply gap, even though they could make a mint given the high prices and demand.

Again here, Covid strikes. Like many industries during the pandemic, oil producers are struggling to find staffers and source specialized equipment. Meanwhile, US oil companies are still smarting from the pain of that major oil bust in 2020, which kicked off a flurry of bankruptcies. Major oil companies’ stock performances have lagged the broader market since then too. And as makers of fossil fuels, they’re wary that future environmental policies could hurt future demand for oil.

All of the above underscores how oil and gas prices are tied to geopolitical events, the pandemic, drilling logistics and so much more. And it adds up to average US gas prices above $4.33 a gallon as of Friday.

In short, it’s all a simple case of supply and demand. But of course it’s never really so simple.