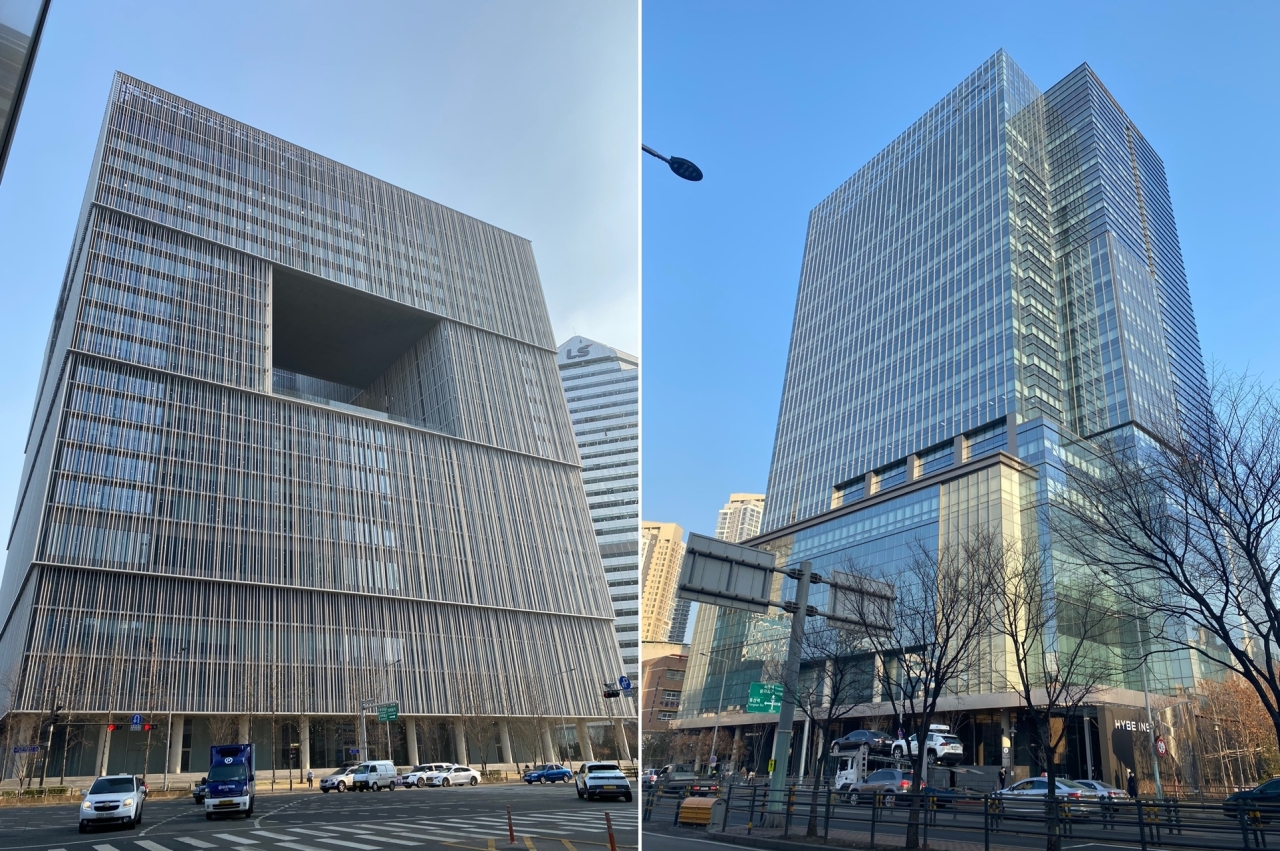 The following is part of Seoul Subway Stories — a newly launched Korea Herald series exploring subway stations and their surrounding areas across the city. – Ed.

Located in Yongsan in central Seoul, Samgakji Station sits one stop away from Noksapyeong Station, where people would ride past to go partying in Itaewon or head to dine out at restaurants in Gyeongnidan and Haebangchon. It is also within walking distance of Sinyongsan and Yongsan stations.

Stuck between the more popular destinations that surround it, the area had long been left ignored by restaurant-goers and hip youngsters. Its association with the Yongsan Garrison, the long-time headquarters of US Forces Korea, which is set to be turned into a public park, and the lack of nearby attractions meant that Samgakji, which literally translates to “triangular land,” remained one of the lesser-known neighborhoods of Seoul, at least until recently.

In early 2021, South Korean entertainment juggernaut Hybe moved its headquarters to Yongsan Trade Center. Home to BTS, one of the biggest boy bands in pop music history, the company has been spearheading the country’s rise in soft power in recent years.

In May, Hybe Insight, a music museum dedicated for fans of Hybe’s artists, opened in the area, bringing K-pop fans to the neighborhood who can often be spotted around the building.

Explaining her design philosophy, Chief Brand Officer Min Hee-jin, who was in charge of the branding of the space, once said that a “space can create an attitude and an attitude can create values and culture” and that the new headquarters is “designed to provide inspiration and convenience to the diverse members of staff.”

As you stroll from Samgakji toward the Han River, you will see another building that stands proud and tall with what looks like holes from the outside accommodating little gardens. The square-shaped building with a glossy finish, designed by English architect David Chipperfield and opened in 2017, is the headquarters of South Korean cosmetics giant Amorepacific.
At night, the high-rise lights up, lifting the general mood of the surrounding area along with the Yongsan Railway Station.

To coexist with the local community, the first three floors, filled with furniture crafted by young local artists, and the first basement floor of the building are open to the public. A spacious atrium welcomes you as you enter the building. The Amorepacific Museum of Art, which opens Tuesday to Sunday, puts on display both traditional and modern Korean art and features works from international artists.

The presence of these global companies’ headquarters is turning the area into a “hot place,” as one local property agent put it.

“Quite a lot of high-income earners in their 30s and 40s seem to reside here,” said the agent, who wished to stay anonymous.

The impact has been heavily felt in Yongridan – a commercial area between Samgakji Station and Sinyongsan Station.

While the narrow main streets filled with tall buildings encapsulate the concrete jungle that is central Seoul, alleyways in Yongridan tell a different story — trendy whiskey and wine bars are popping up as the area’s proximity to the trendy neighborhoods of Itaewon and Haebangchon beckons businesses and customers alike.

Juxtaposed against them are restaurants that specialize in dishes for seasoned drinkers, such as gopchang (grilled intestine) and nakji bokkeum (stir-fried octopus).

And if you continue to walk toward Han River, Hangang Bridge awaits with Nodeul Island sitting in the middle of the river.

In December, the Transport Ministry announced that Yongsan Park will encompass a total of 3 million square meters of land by absorbing sites previously occupied by the US military. The time frame was changed to seven years after the US Army’s move out is complete, which is still not set at this time. The previous plan was for a 2027 opening.

The project has been a long time coming, and the process to return the land has faced delays. But when the park finally opens, it is poised to add to the growing list of attractions around Samgakji Station.