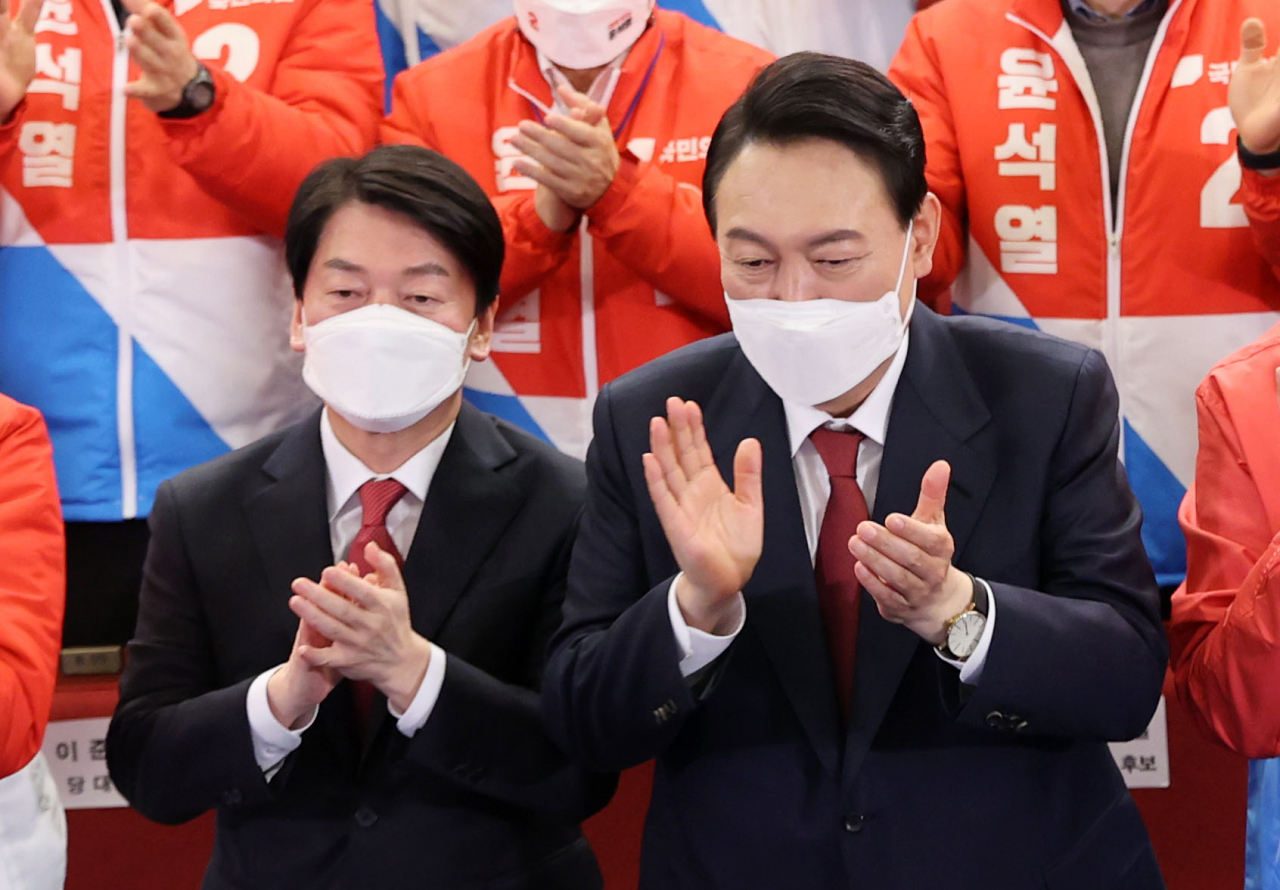 President-elect Yoon Suk-yeol is set to announce the chief of his transition committee Sunday, his spokesperson said, amid wide speculation that his candidacy merger partner Ahn Cheol-soo will lead the panel.

Yoon’s selection of the chairperson and the vice chairperson of the committee will be announced at a press briefing in the afternoon, expected to be around 2 or 3 p.m., according to Yoon’s spokesperson Kim Eun-hye.

Kim said some other members of the committee will also be announced.

Ahn, who heads the minor People’s Party, dropped out of the presidential race at the last minute to support Yoon under a candidacy merger deal, saying he and Yoon will work together in forming the transition committee and the government. (Yonhap)