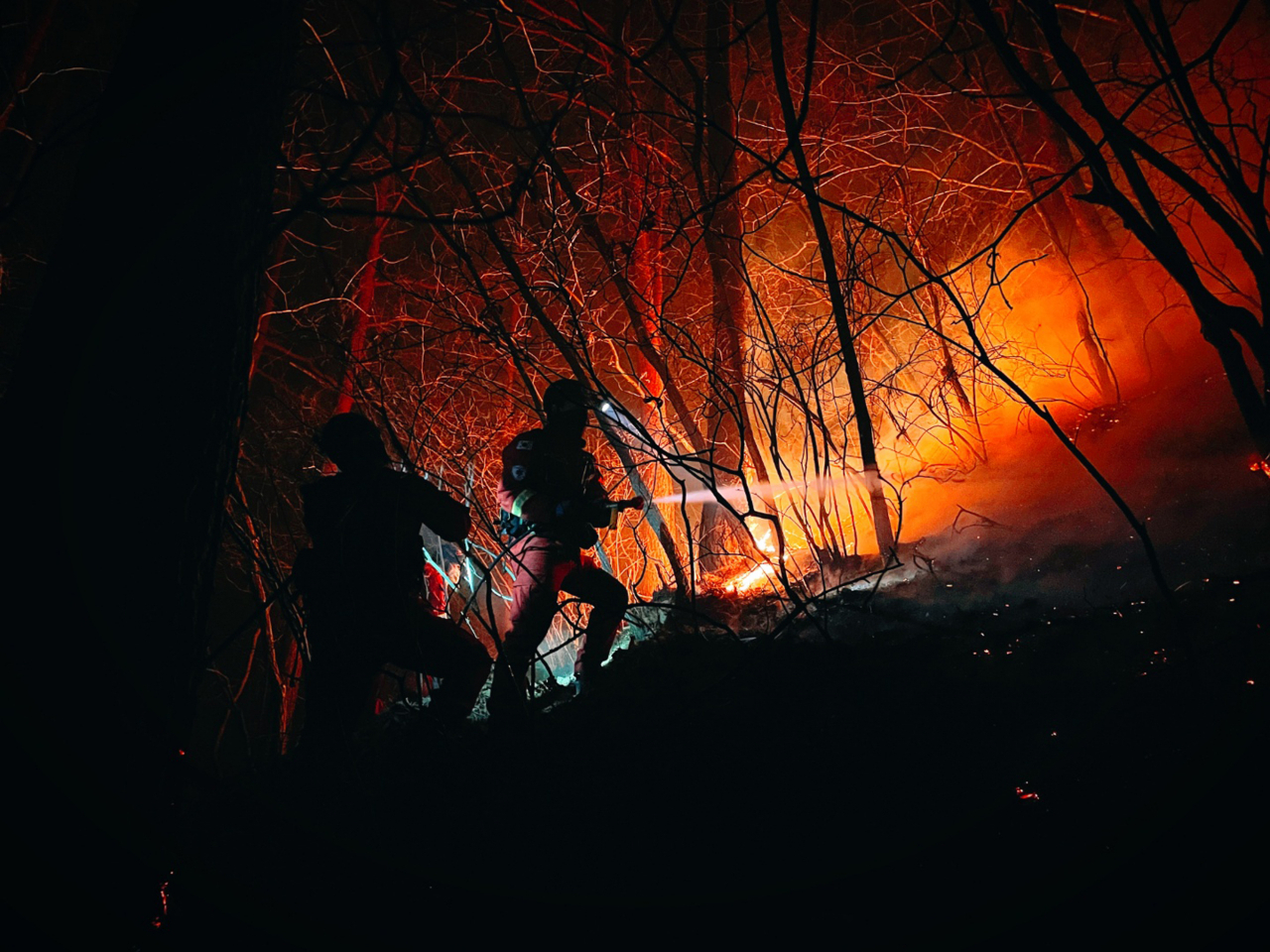 ULJIN — The main fire of massive wildfires in the eastern coastal areas has been put out after more than 213 hours since the blaze started more than eight days ago, the Korea Forest Service said Sunday.

Choi Byeong-am, head of the Korea Forest Service (KFS), said although the main fire has been extinguished, firefighters are still working to put out the remaining fires.

The blaze started in the east coastal town of Uljin on March 4, about 330 kilometers southeast of Seoul, and became the country’s most devastating on record. (Yonhap)