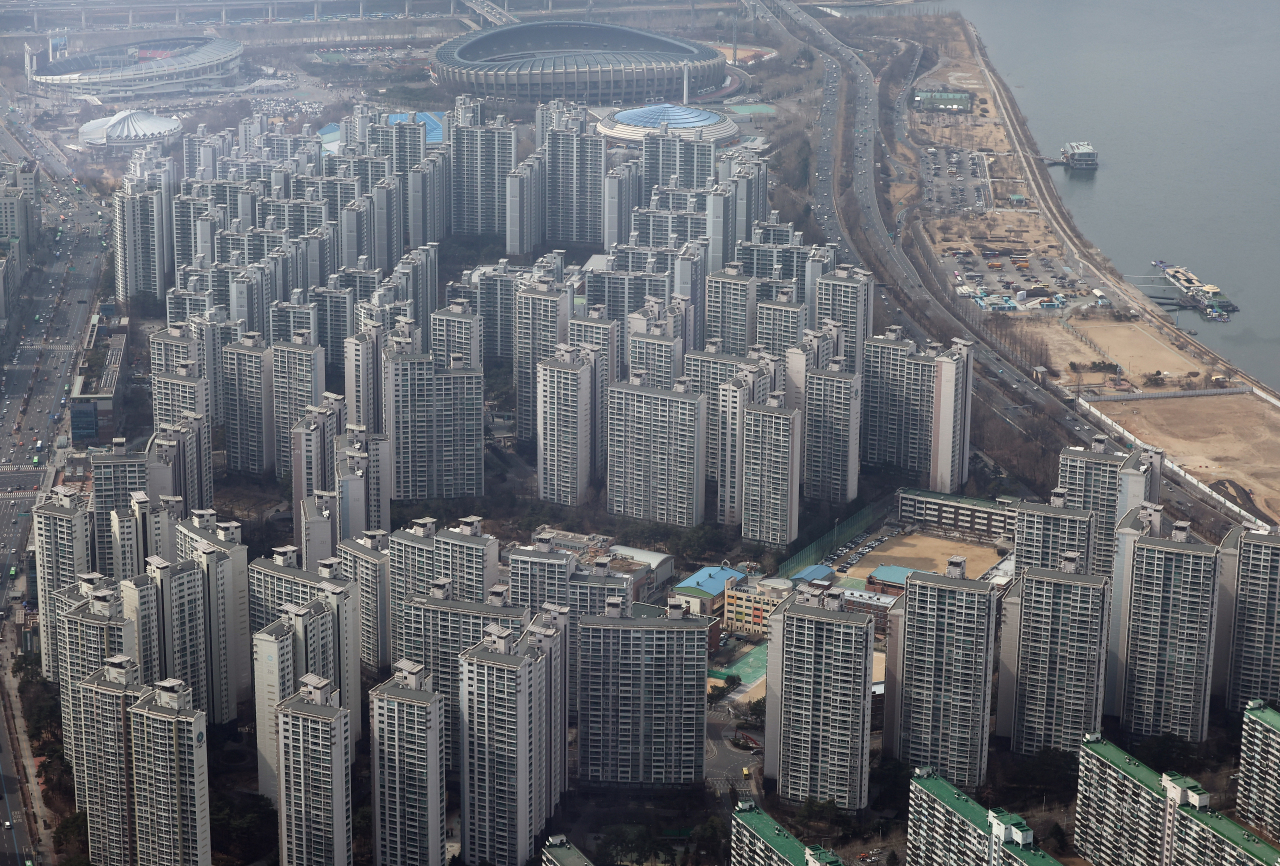 SEJONG — The real estate market could see a boost in the second half of this year, as the coming Yoon Suk-yeol administration is seeking to ease mortgage rules for homebuyers.

President-elect Yoon had pledged to raise the loan-to-value ratio up to 70 percent in Seoul and other regions, which is the same level during the Park Geun-hye administration from 2013-2017.

But skyrocketing apartment prices have also put into question the proposal’s feasibility. Under a 70 percent loan-to-value ceiling, a homebuyer will be allowed to take out mortgage loans of up to 1.05 billion won ($850,000) for a 1.5 billion won home, as long as he or she is not an owner of multiple homes.

The situation is quite different from the Park administration, when commercial banks lent borrowers up to 420 million won for a purchase of an apartment worth 600 million won under the same 70 percent LTV.

In Seoul, apartment prices have shot up by about 150 percent, from 600 milllion won to 1.5 billion won at some complexes for example, in just five or six years, despite a series of anti-speculation policies — nominally — in the Moon administration.

Some apartment prices in Seoul’s Banpo-dong and Apgujeong-dong have hovered around 3.5 billion won for an 84-square-meter unit. Under Yoon’s proposal, the mortgage ceiling would be raised to 2.45 billion won.

The debt service ratio, which measures how much a borrower would be able to pay in principal and interest payments in proportion to his or her yearly income, is another factor that would have to be taken into account.

“It would not be easy for the coming administration to push for deregulations to the similar level during the Park administration,” said a real estate agent in Sejong who requested anonymity.

To help those priced out of affordable apartments get on the property ladder, the coming administration should draw up measures that do not only favor the more affluent, the agent said.

Under the Moon administration, borrowers can take out mortgage loans of only up to 20 percent of a house’s value in Seoul — 300 million won for a purchase of an apartment worth 1.5 billion won. For apartments priced over 1.5 billion won, the mortgage ceiling is zero in the capital.