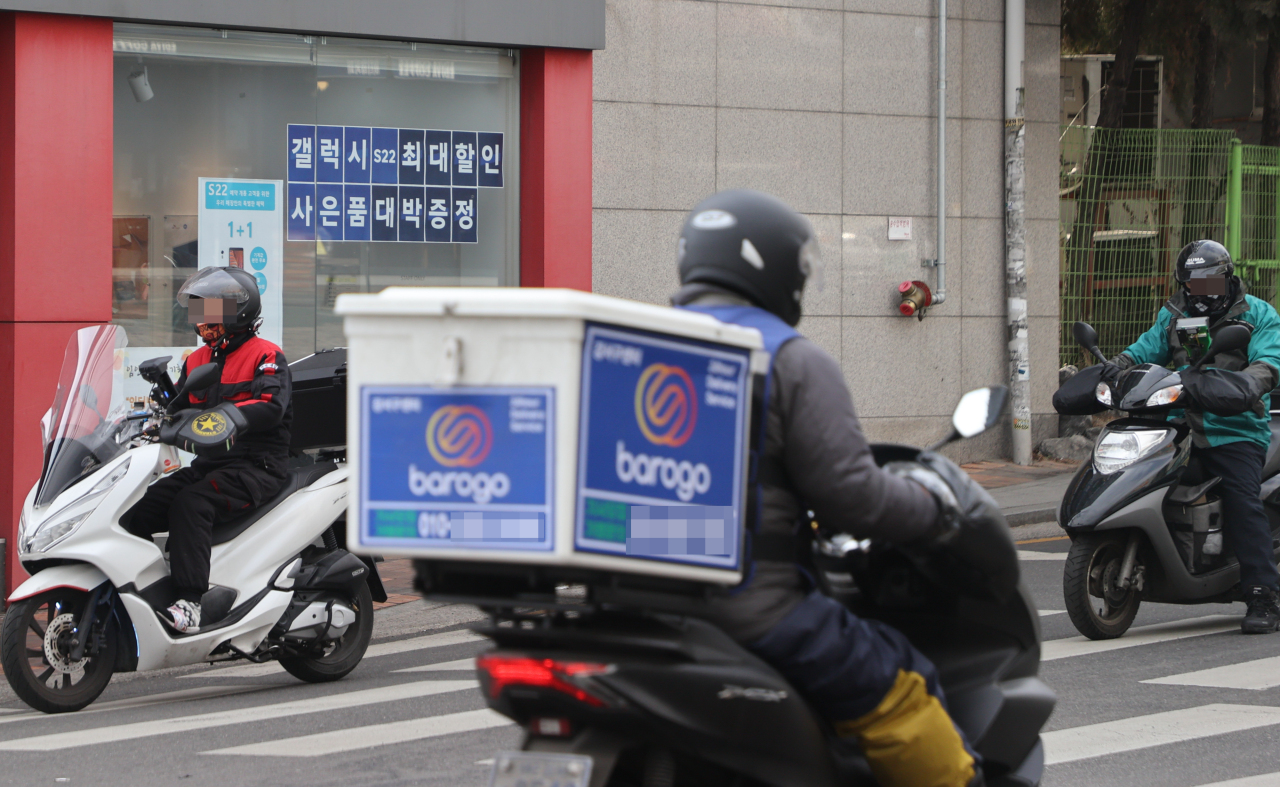 When 65-year-old retiree Kim Ji-yeon decided to move to the outskirts of Seoul, she found that shopping for groceries could become a sizable hurdle for a senior couple living in a town several transfers away from the nearest retail store.

“There’s pretty much everything on Coupang, from food to daily necessities. There are also applications run by retail stores like E-mart or Costco, so I don’t really have to go shopping,” Kim said, adding that the last time she went to a store in real life had been weeks ago, and it was no longer out of necessity.

Just as the name Baemin — the popular delivery agency and application whose name translates to “the nation of delivery” — suggests, Koreans have truly become front-runners in utilizing the delivery system to its fullest potential, with the e-commerce market hitting an unexpected additional growth spurt in the era of the COVID-19 pandemic.

Last week, it was announced that e-commerce company Coupang’s annual sales for 2021 recorded a 54 percent jump from the year before to $18.4 billion, the largest since its birth in 2010. It also saw the largest-ever operating loss of $1.49 billion, which the company attributed to the costs of expanding its delivery network to edge out competitors in the heyday of delivery apps.

Give us this day our dirty laundry

There was a time when a phone call to a local Chinese restaurant or pizza parlor was about the extent of the idea of ordering something over the phone. But modern-day delivery is not confined to such a narrow selection of menu options, or any menu for that matter.

Laundrygo, launched in 2019, offers a service that picks up dirty laundry left by users and ships it back after washing and cleaning. Founded by a man who previously ran Baemin Fresh, the application focuses on completing the entire process of laundry within a day, all without the user encountering any of the employees face-to-face.

Delivery apps are no longer confined to eateries, incorporating other products and services. YPER is an app that “delivers” a car wash by picking up the car, having it handwashed, and then returning it to the user at the designated time and location.

For those unsure of what they want, Hobby in the Box claims that it can figure it out for you, regularly sending hobby care packages such as DIY building kits for small objects like soap, simple cosmetic products and dolls.

While not exactly a delivery service per se, applications like Kim-jib-sa, or Butler Kim, offer to take out the garbage, showing how deeply involved mobile applications are in taking care of everyday chores for people today.

Even traditional restaurant franchises are joining the fad by introducing their own delivery systems. US-based Outback Steakhouse in January started offering delivery via its mobile application, and CJ Group launched the app Chef Go to allow the user to order delivery from affiliated restaurant chains like VIPS and the Place.

In 2021, Korea’s dining service industry generated 101.49 trillion won ($82.4 billion) in sales, with that coming from delivery apps accounting for 15.3 percent, according to a joint report by the Ministry of Agriculture, Food and Rural Affairs and the Korea Agro-Fisheries & Food Trade Corp. It was a mark of how COVID-19 had affected everyday life, as the pre-pandemic figure in 2019 was 3.7 percent, which had jumped immediately to 8 percent in the following year.

The new trend appears to be going strong into the new year. According to Mobile Index, which analyzes data related to app markets, 28.13 million Koreans used applications related to food or beverages in January of this year, up 10.5 percent from 25.47 million in the same month the year before.

Mobile apps are being used more frequently among the older population. Baemin, one of the biggest delivery apps in the country, announced last week in its report that 26 percent of its orders in July 2021 came from those in their 40s and 50s, up from 21 percent in the same month a year prior.

Not only are more Koreans receiving food via delivery, but more of them are also delivering themselves.

Baemin operates a freelance delivery worker service called Baemin Connect, which allows anyone to register and take on shifts. The number of workers registered for the service jumped from around 50,000 in late 2020 to around 90,000 in October of 2021.

Lead us not into overpriced fees

The Ministry of SMEs and Startups recently released a report on online delivery platforms that showed 69.3 percent of the business owners found the delivery fee paid to the delivery fulfillment agency burdensome. Fees per delivery were 3,394 won on average in 2020.

But the burden seems to have only gotten heavier. According to last month’s report from the Korea National Council of Consumer Organization on 201 enterprises in Seoul, delivery agencies were charging as much as 7,500 won per delivery.

The report also pointed out that the app operators did not provide criteria on how the delivery fees are assessed, such as by distance, time, weather and size of the order itself. There is not yet official data on the average delivery fees for 2022, but those in the industry say it is estimated to be around 5,000 to 6,000 won on average.

Another problem is the massive amount of plastic waste that food delivery entails.

The Korea Consumer Agency in February released a report saying an average of 147.7 grams of plastic is used for a two-person order, in the form of the containers, lids, utensils and plastic bags. It also said a person ordering delivery 2.8 times a week would use 10.8 kilograms of plastic containers in a year.

The report pointed out that only 45.5 percent of the plastic used in delivery food is recyclable, indicating more food by delivery equates to more waste.

The KCA urged consumers to refrain from getting plastic utensils — an option on the apps — and plans to request the government to standardize plastic containers so that manufacturers use only materials that can be recycled.