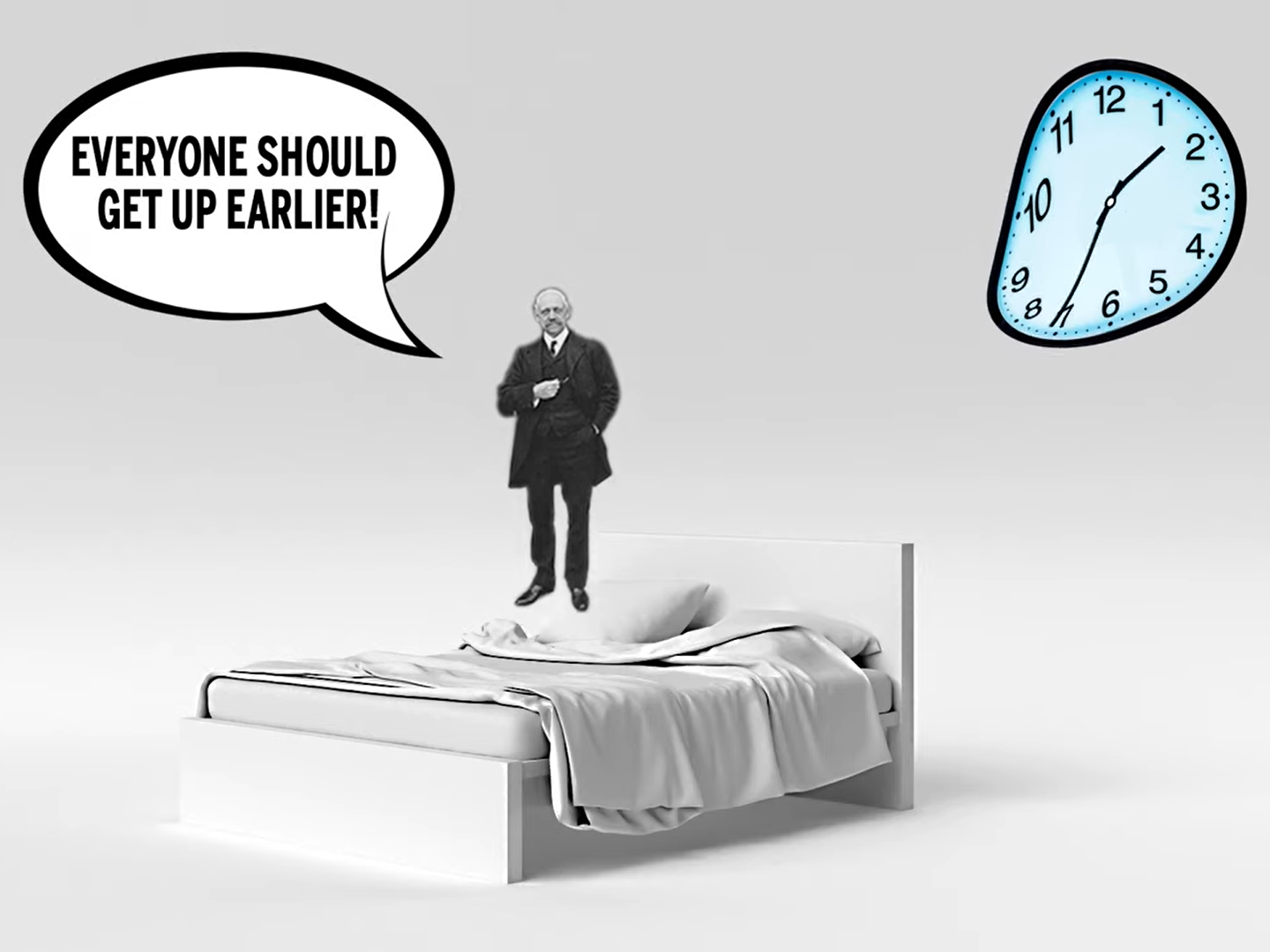 At 2 a.m. on Sunday, March 13, almost every clock in Canada will need to move ahead one hour to remain compliant with daylight saving time. It’s a twice-yearly ritual that most Canadians have been performing since 1917, but is why it’s particularly tragic that daylight saving time is the dumbest, most wasteful, and most unnecessary piece of public policy ever devised.

Don’t believe us? Watch the Everything Should Be Better video or read the transcript below.

Twice a year, the government mandates that we all arbitrarily change the time on our clocks.

It’s an annual ritual that robs us of sleep, reduces our productivity, scatters our highways with death and destruction and plunges thousands of people into seasonal depression. And it definitely doesn’t save energy, which was the whole reason we started this damn fool ritual in the first place.

Here is your definitive guide to why daylight saving time is the dumbest, most wasteful and most unnecessary piece of public policy ever devised.

Benjamin Franklin is often credited as the inventor of daylight saving time. But that’s not true: Benjamin Franklin wrote a 1784 article making fun of how dumb it would be for the government to switch clocks around in an attempt to save energy.

The real inventor is this guy: William Willett. One summer morning he gets up early and notices that the sun is shining bright during the wee hours of the morning when he’s usually asleep. Yeah, duh.

Rather than vow to get up earlier in order to enjoy the extra sunshine, Willett’s plan is that everyone should get up earlier. The state should literally force them to alter their clocks twice a year so that they don’t have a choice: Mandatory sunshine for everyone.

Nobody pays much attention to this Willett character until the First World War breaks out.

By 1916, Imperial Germany has tried everything to win the war. Sinking merchant ships from submarines, using poison gas against enemy troops. And they figure this Willett guy might be on to something: Change the clocks, use the extra sunlight to save energy on lighting, use the saved energy to subjugate Europe.

This freaks out the rest of the world, who subsequently start changing their clocks just in case. And that’s why we’re stuck with it: Just like income tax, it’s an artifact of global war.

But doesn’t it save energy, though?

The idea of daylight saving time is that with more sunlight during waking hours, you don’t have to keep the lights on as long. That would be a fine theory if the only thing on our electrical grid was lighting, but it isn’t.

Say you wake up earlier to save lighting, but it’s colder so you switch on the heater, which uses way more energy. Scientists love studying the effects of daylight saving time, and whenever they probe its ability to save energy, the results are either that it probably doesn’t make a difference, or that it actively makes things worse.

Speaking of making things worse, the worst part about DST is what it does to our sleep.

Here’s a fun experiment: Get the phone numbers of everyone in your office, and call them all an hour before they usually wake up.

Chances are excellent that you’ll have an office full of groggy and pissy workers that day, with a measurable drain on your company’s bottom line.

Now do that to the entire population: Every motorist, every crane operator, every police officer. Everyone loses an hour of sleep on the same day.

Is it any surprise that fatal collisions go up as much as 10% after a spring clock change? Or that way more people get injured on construction sites? Or that productivity at offices measurably goes down?

And it’s not like we compensate for that in fall. The extra hour of sleep we get every fall doesn’t make our highways unusually safe. Actually, it doesn’t do anything.

All these studies about injuries, car crashes and lost productivity I mentioned? In every single one, either there was no different after the fall clock change, or you had similarly negative effects just by virtue of pushing people’s bedtimes later.

So why are we continuing with this idiotic hell system? I’m afraid the answer is bureaucratic inertia, if not outright legislative cowardice.

The real story of daylight saving time is that we will spend decades performing some pointless, wasteful, deadly exercise just because we’re too lazy to do otherwise.

The European Parliament voted to get rid of DST in 2019. British Columbia also promised to kill the practice in 2019. More than 30 US states have passed resolutions begging for a federal end to annual clock changes.

Nothing has happened. Governments either get distracted, or they get spooked by some legislative red herring.

BC broke their promise to end DST because neighbouring Washington State wasn’t going to follow suit. You know, because everyone knows it’s economic suicide to have trade partners who observe a different time zone than you do.

So there you have it, DST is stupid. Fortunately, it’s the only dumb and wasteful practice we do purely out of collective habit. There are no others.