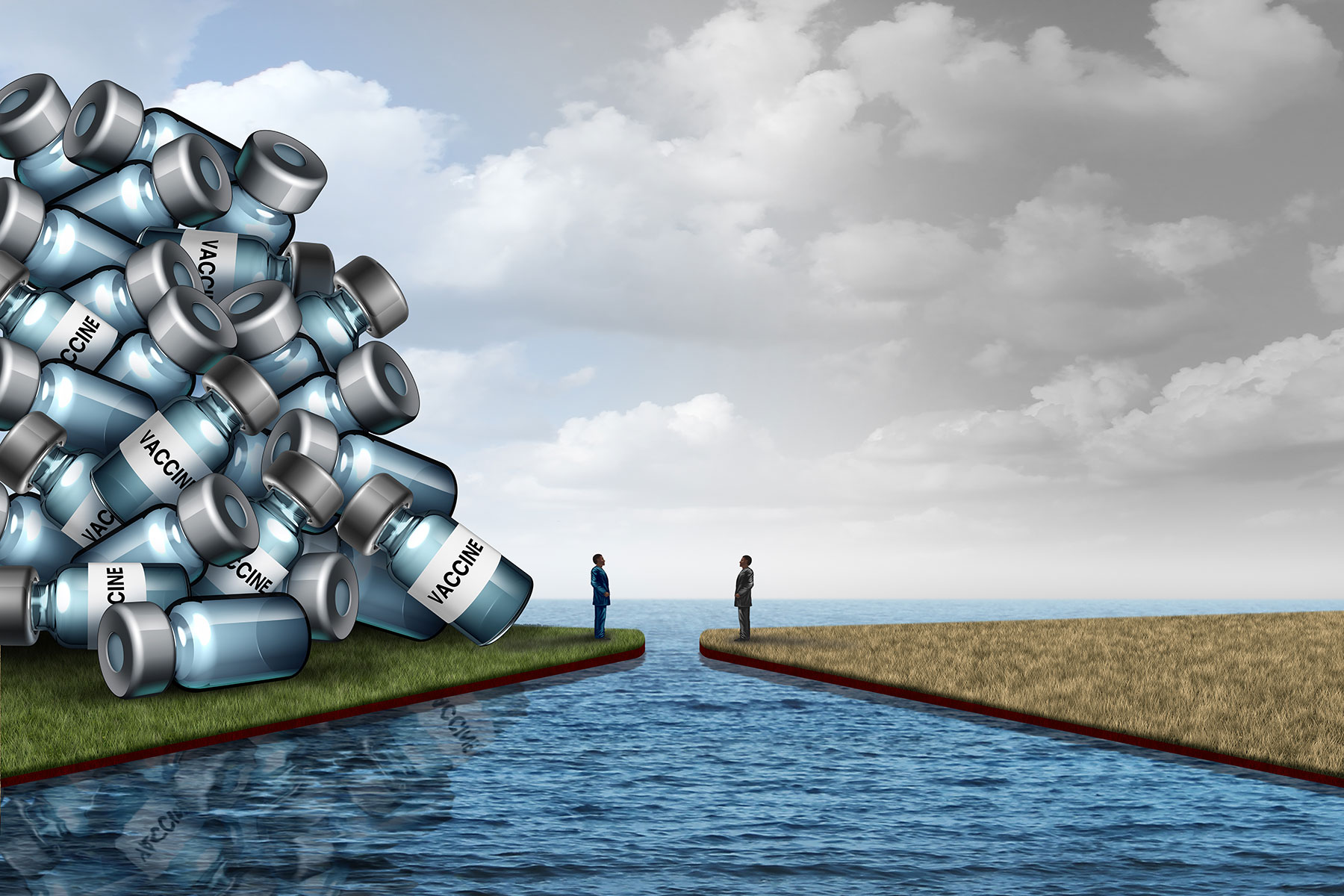 In this month of March, the world is understandably somewhat reluctant to commemorate the second anniversary of the moment when the nations of the world unanimously declared COVID-19 a pandemic and began their largely concerted actions of lockdown. The story that unfolded afterward included a variety of traumatic episodes, including speculation about a diversity of possible preventive and curative treatments, sporadic outbreaks of revolt against enforced public policies and a scientifically successful campaign to produce effective vaccines. Despite their promise, the effectiveness of those vaccines nevertheless proved to be far from absolute.

A group of over 100 public health, medical and epidemiology experts, after assessing the global results, has chosen this second anniversary to react and call into question the decisions taken by governments presumably capable of doing more. From the very early days, the scientific experts knew that, given the capacity of the coronavirus to mutate over time, any complication or holdup related to manufacturing and global distribution could undermine the entire logic of vaccines. They should have known that the biggest complication would come from a political and economic system that works according to principles that make it impervious to understanding the logic of a virus.

On March 9, the group of experts addressed a letter to the Biden administration to express their frustration with a situation that has evolved very slowly and largely inadequately outside the wealthy nations. This is not the first time concerned experts have urged “the administration to share Covid-19 vaccine technology and increase manufacturing around the world,” Politico reports. For the past two years, they have regularly been rebuffed, as governments preferred to pat themselves on the back for the short-term efforts they were making to protect their own populations, while creating the conditions that would allow the virus to mutate and gain strength elsewhere before returning to provoke new research and the promise of further commercial exploitation with boosters and new treatments.

The experts should have realized by now that there is a principle at work that overrides every other scientific or medical consideration. It was established early on by the coterie established around Bill Gates, big pharma executives and other important influencers sharing their industrial mindset. It can all be traced back to the wisdom of Milton Friedman, who loved to repeat the slogan, “There’s no such thing as a free lunch.” The principle is self-explanatory: In a competitive world, the idea of sharing simply cannot compete with the idea of competing. If you can’t afford lunch, you’ll just have to go without eating. That works when the only outcome is seeing people starve. It doesn’t work when the effects of their starvation are somehow transmitted back to those who have a permanent place at the banquet.

US culture has cultivated the idea that life itself is a competitive race for advantage and the promotion of self-interest stands as the highest of virtues. Health like wealth must play by the rules of the competitive game. That same culture insists heavily on a form of discipline based on the idea of respecting “principles,” which it sometimes perversely confounds with “laws of nature.” The divinely ordained requirement to solve all problems through competition is a prominent one, but not the only one.

The problem with such principles that are taken to be universal laws is that once you believe it is a law, you no longer need to reflect on its appropriateness or assess its very real effects. We are witnessing an example of it today in the Ukraine conflict. The United States has invoked the defense of the sacred principle of “sovereignty,” reformulated as the right of a nation to determine its own foreign policy, including the choice to join a distant empire. That may be a principle, but is it a law? Insisting on it instead of reflecting and debating the question has provoked a disastrous and increasingly out of control war that, like the COVID-19 pandemic, has already had severe unintended knock-on effects, wreaking havoc on the global economy as well as destruction in Ukraine itself.

Every culture must realize that its own principles may not be universally applicable, that they may not be perceived as others to have the status of laws. Any attempt to apply them as universal truths may cause immense human suffering. And that reveals the very dimension of the problem the health experts are pointing to. A potentially criminal complacency exists when the suffering caused by the inflexible application of the principle is directed toward others, at the same time when the purveyors of the principle take measures to protect their society and their environment. The principle of Ukraine’s sovereignty is already damaging not just Ukraine itself and now Russia, thanks to the application of the principle, but also Europe, the Middle East and Africa, which will be cut off from vital supplies of energy, food and fertilizer.

For the past two years, the concerted defense of the ideal of competition by the pharmaceutical companies in their supposed combat to defeat COVID-19 has clearly aggravated the effects of a pandemic that might have been contained if the idea of sharing had been elevated to the status of principle. But sharing doesn’t deserve to be regarded as a principle. For Americans, it is based on soft ideas like empathy and compassion rather than hard reasoning about what might be financially profitable.

Reflecting on two years of struggle, the group of experts noted “that the development of U.S. vaccines was largely successful, bringing protection to the public in record time,” Politico reports. That’s the good news. And now for the bad news: “But getting shots in arms in low- and middle-income countries has been a ‘failure.’”

Out for the Count

No precise statistics can account for the difference between the damage actually done by COVID-19 and what might have happened had governments effectively managed the global response in the earlier phases of the pandemic. “The true toll of this failure will never be known,” the experts explain, “but at this point almost surely includes tens of millions of avoidable cases and hundreds of thousands of deaths from Covid.”

The “true toll” they cite reminds us of John Donne’s meditation on the bells rung for the dying in a time of plague. The poet and dean of St Paul’s affirmed that “any man’s death diminishes me, because I am involved in mankind, and therefore never send to know for whom the bell tolls; it tolls for thee.” Might we hope that 400 years after Donne wrote these words, pharmaceutical companies and politicians could, for once, take them to heart?

But there is yet another much more concrete  meaning of “toll,” as in “toll road.” It is the price humanity is expected to pay, in dollars and cents, to the pharmaceutical companies that have so diligently used their patents to protect their exclusive rights to exploit and enrich themselves thanks to the global potential for suffering of others.

The final and fundamentally political irony of this sad tale relates to the fact that to do what the experts insist needs doing requires “more funding from Congress.” At a time when prominent members of Congress have become obsessed by the threat of inflation, while at the same time unabashedly inflating military budgets and responding urgently to the “sacred” needs of NATO in times of peril, the likelihood that Congress might suddenly address a global problem it has avoided addressing for two years seems remote.

One of the experts, Gavin Yamey, suggests that COVID-19 “could follow the path of diseases like HIV or tuberculosis: become well controlled in wealthier countries but continue to wreak havoc in poorer nations.” Geopolitics in this increasingly inegalitarian world appears to be following a trend of domestic demographics in the US, marked by the separating of society itself into two groups: the denizens of gated communities and the rabble, everyone else out there.