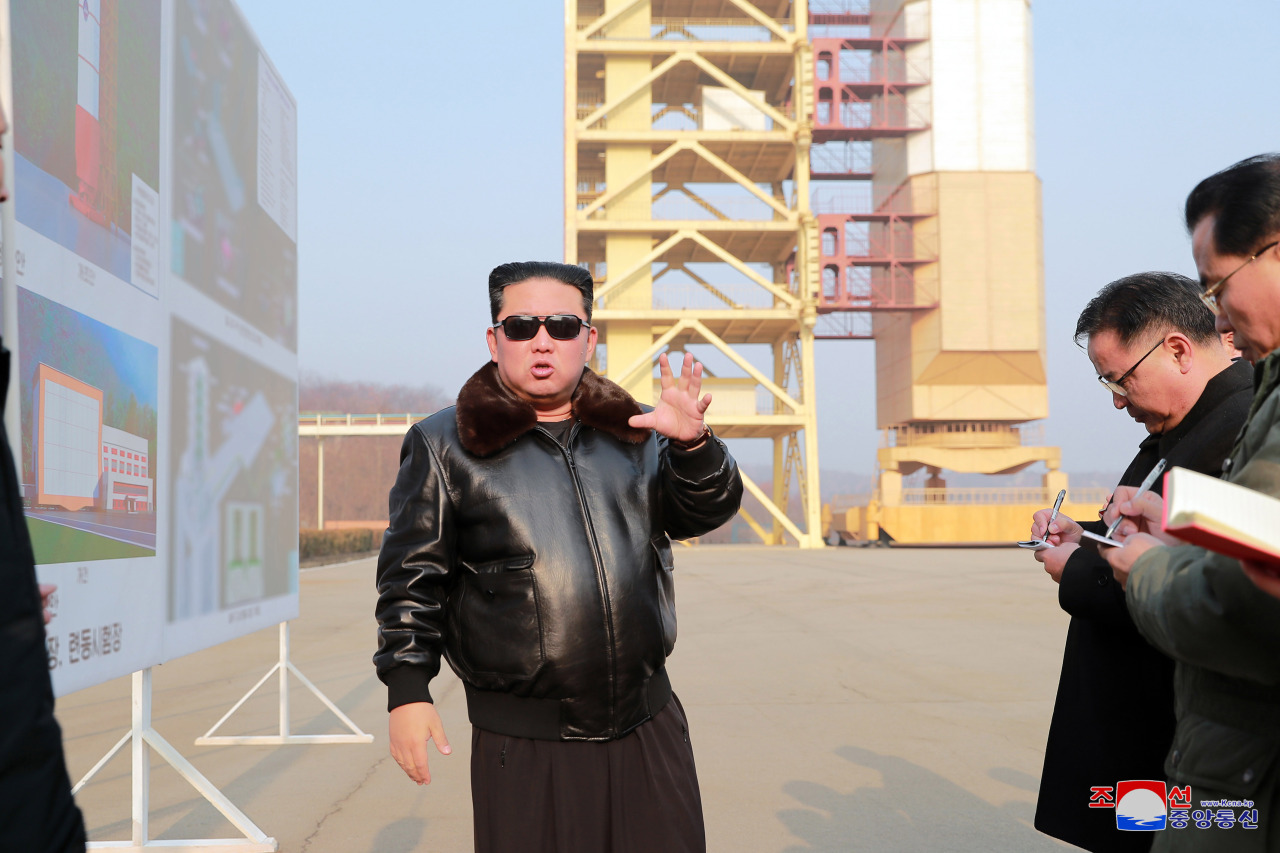 South Korea and the US on Friday confirmed that North Korea’s two recent missile launches were to test for a new intercontinental ballistic missile system, as Washington plans to announce fresh sanctions against the regime for its weapons program.

The authorities concluded that the regime’s ballistic missile tests on Feb. 27 and March 5 — which Pyongyang claimed were for a reconnaissance satellite — “involved a new intercontinental ballistic missile system” that Pyongyang is developing, according to the US Defense Department and Korea’s Defense Ministry.

The new ICBM system, presumably the Hwasong 17, was first unveiled during a military parade in October 2020, with some analysts calling it a “monster” for its size.

“The purpose of these tests, which did not demonstrate ICBM range, was likely to evaluate this new system before conducting a test at full range in the future, potentially disguised as a space launch,” Pentagon spokesman John Kirby said in a statement.”

While the North did not publicize information on the systems involved in these launches, the two countries decided to reveal this information out of need for the international community to speak in a “united voice to oppose the further development and proliferation of such weapons” by the North.

“The South Korean government strongly condemns the test-firing of ballistic missiles, which are a violation of multiple United Nations Security Council resolutions, and urge the North to immediately halt activities that create security concerns and raise tension on the peninsula and the region,” the Defense Ministry said, echoing a similar statement released by the US.

The Pentagon also said that the US Indo-Pacific Command intensified surveillance activity in the West Sea, and ordered “enhanced readiness” among ballistic missile defense forces in the region, for the North’s possible follow-up launches.

The US planned to announce new sanctions Friday to limit North Korea’s access to foreign items and technology that enable it to advance its weapons program.

The revelation comes as the North has been ramping up tension on the peninsula by conducting nine weapons tests already this year, including banned hypersonic and medium-range ballistic missiles.

Pyongyang also hinted in January at ending its self-imposed four-year moratorium on testing nuclear weapons and long-range ballistic missiles in order to bolster defense against the “hostile policy and military threats by the US.” The North last tested an ICBM in 2017, the Hwasong 15, which was assessed as capable of reaching the US mainland.

Concerns are rising that the North will continue to test its new and more powerful ICBMs under the guise of a satellite launch. Earlier this week, the US Office of the Director of National Intelligence released a threat assessment, saying the North may resume nuclear and ICBM testing before the year’s end.

At the site, which is capable of firing ICBMs, he ordered officials to “modernize it on an expansion basis so that various rockets could be launched to carry multipurpose satellites, including a military reconnaissance satellite, in the future.”

A day earlier, Kim said the regime needs the spy satellite to monitor “the aggression troops of the US imperialism and its vassal forces” in the region.