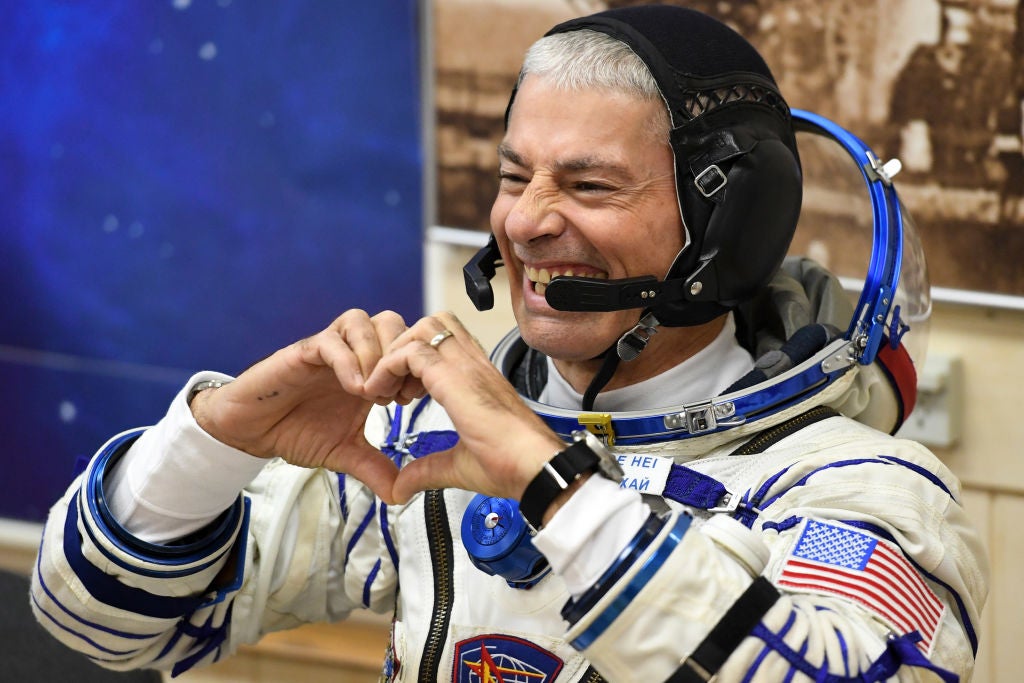 TORONTO, Ontario (CTV Network) — The fate of a U.S. astronaut remains uncertain after the head of Russia’s space agency threatened to abandon him on the International Space Station.

NASA astronaut Mark Vande Hei was scheduled to land in Kazakhstan with two Russian cosmonauts aboard a Russian Soyuz spacecraft on March 30, 2022. But a Feb. 26 video from Russian space agency director Dmitry Rogozin called that into question, when he threatened to leave Vande Hei in space and even separate Russian and American parts of the orbiting lab.

Rogozin was responding to comments from U.S. President Joe Biden, who on Feb. 24 said sanctions against Russia will “degrade their aerospace industry, including their space program,” which is known as Roscosmos. In a March 5 social media post, a state-owned Russian news agency described Rogozin’s retort as a joke.

The threats from the staunch Putin ally come alongside a steady stream of social media outbursts since Russia launched its full-scale invasion of Ukraine on Feb. 24. Rogozin’s Telegram and Twitter pages are rife with disinformation and state propaganda, and he has also apparently threatened to send the ISS crashing into the U.S., Europe, India and China.

After posting a video of workers removing U.S. and Japanese flags from a Russian rocket, Rogozin even sparked an online spat with former U.S. astronaut Scott Kelly, who replied, “without those flags and the foreign exchange they bring in, your space program won’t be worth a damn.”

The U.S. has relied heavily on Russia to access the ISS since NASA’s last space shuttle took flight in 2011. Since 2020, NASA has also hired private companies like SpaceX to carry astronauts to the ISS, which orbits earth at an average distance of 420 km.

The first pieces of the ISS were launched in 1998. In 2000, an American and two Russians became its first residents. Although divided into U.S. and Russian sections, the ISS was long seen as symbol of scientific partnership between the two geopolitical rivals.

Last year, Russia announced that it would be withdrawing from the ISS in 2025. In January, NASA revealed plans to decommission the ISS in 2031 and send it crashing into the South Pacific Ocean.

Vande Hei arrived at the ISS on April 9, 2021. Next week, he will break Scott Kelly’s record for the longest time spent in space by a U.S. astronaut. Including Vande Hei, there are currently seven people aboard the ISS: four Americans, two Russians and a German.

NASA has not responded to Rogozin’s remarks and has said that it expects Vande Hei to return to earth aboard the Russian spacecraft as planned, after a 355-day spaceflight. The longest ever spaceflight was completed by Russian cosmonaut Valeri Polyakov in 1995 following 437 days aboard the Mir space station.